Stroll in Maasai Mara alongside a Pride of Lions 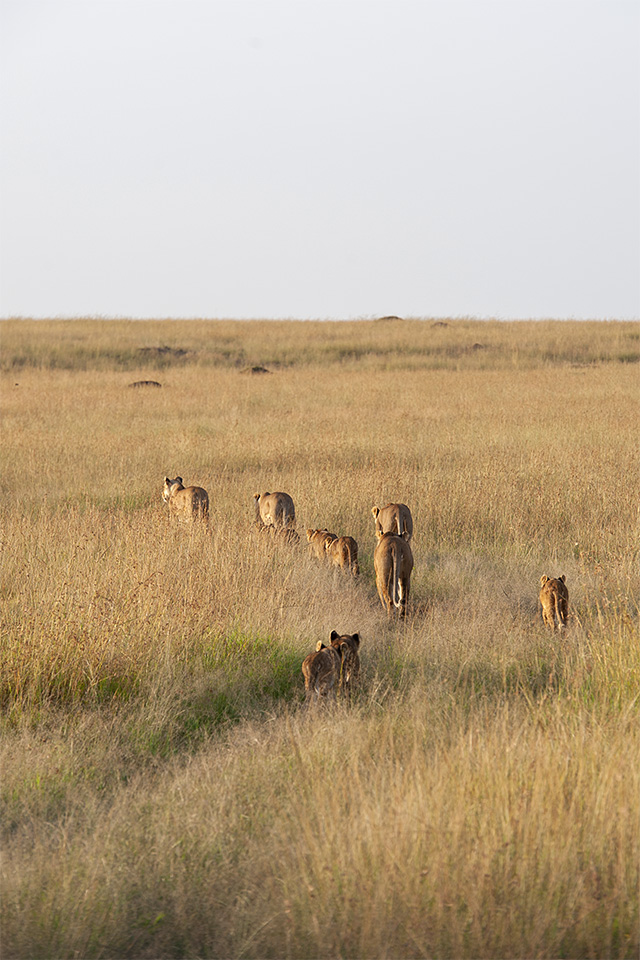 We were on a morning game drive in Maasai Mara when Emanuel, our driver/guide spotted a Pride of Lions not far from the road. We stopped by to get a closer look. We were just in time to see the Lioness along with her sisters return to the Pride.

The young cubs greeted the mother and her sisters with heightened enthusiasm. However, after the initial excitement, it was time for the Pride to move on to safer grounds, away from the road. We followed the Pride of Lions to get a few pictures before letting them disappear into the Maasai Mara Savannah, as seen in the first picture of this post.