Struck by an Arrowhead in Ranthambore 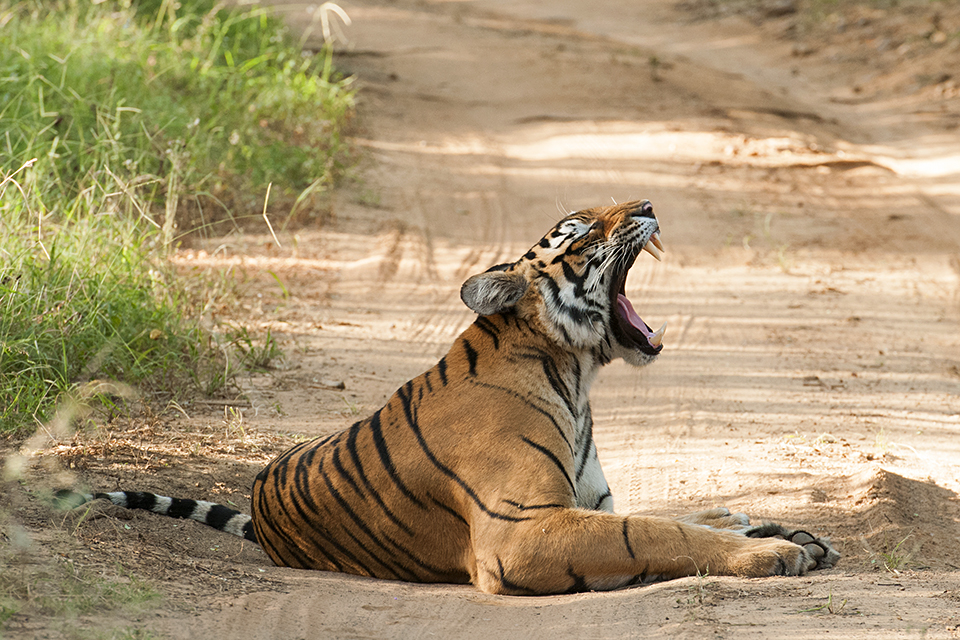 Finally, we made our maiden safari in Ranthambore earlier this month. We soon realized that Ranthambore National Park is truly India’s Tiger Paradise. It took us a few game drives to spot our first Tiger, reminding us that a cat sighting is always truly amazing in any park in the world. This Tigress popularly known as “Arrowhead”, because of the arrow-head marking on top of her left eye, was sleeping right on the game tracks. We were in our safari vehicle and as soon as we spotted her, our driver stopped at a distance. The 20-25 minute sighting was simply incredible given that we were the only vehicle throughout the sighting. The feature image (above) was taken when she gave us a series of yawns. As soon as we stopped our gypsy, she got up and looked at something that caught her attention, but soon she went back to snooze again. 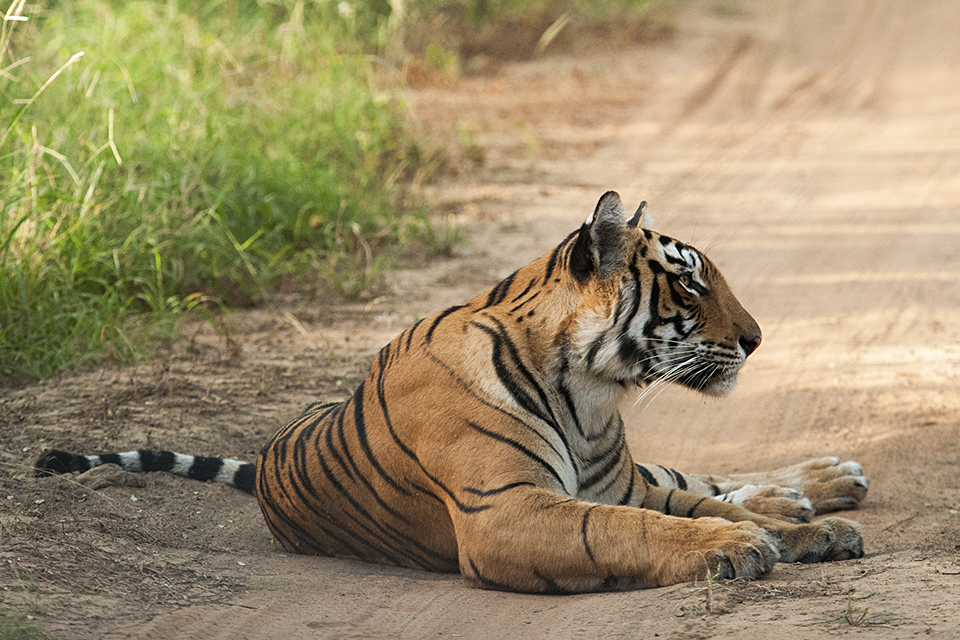 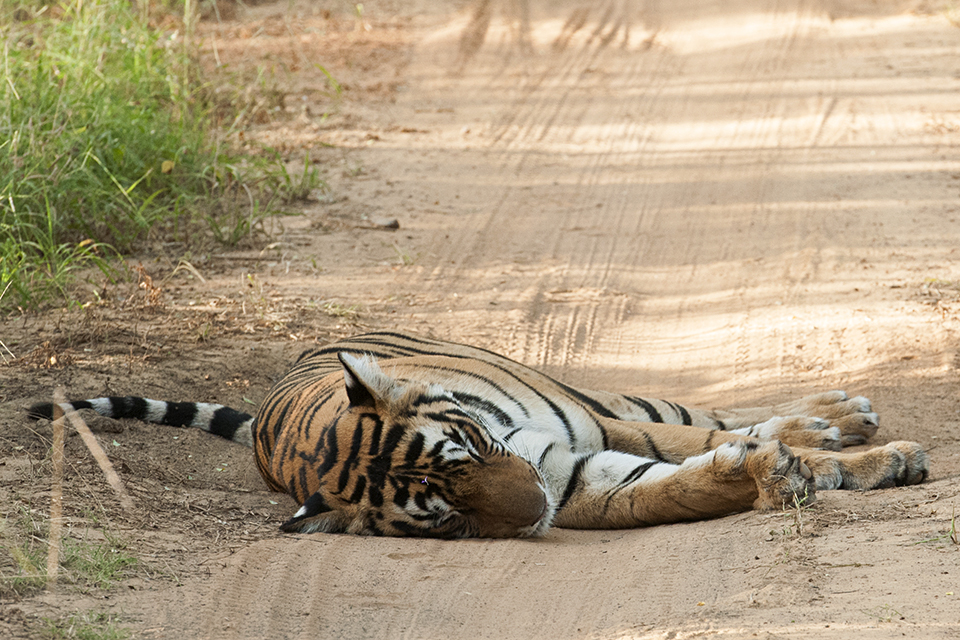 While she was sleeping, the twitch of her ears was a clear giveaway that she was attentive to everything that was happening around her. Occasionally she would get up, check her surroundings, and then slip into her slumber. 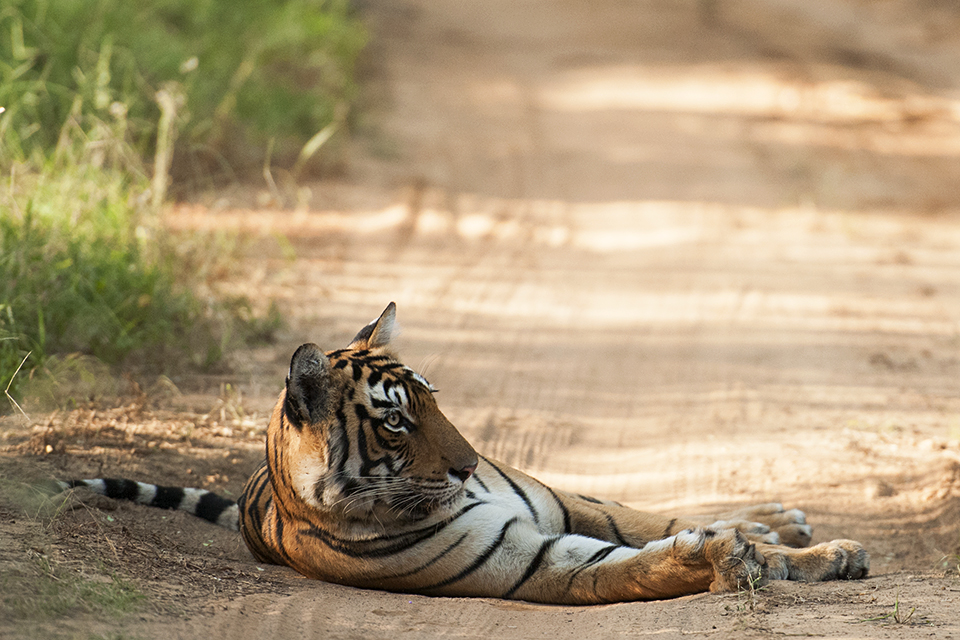 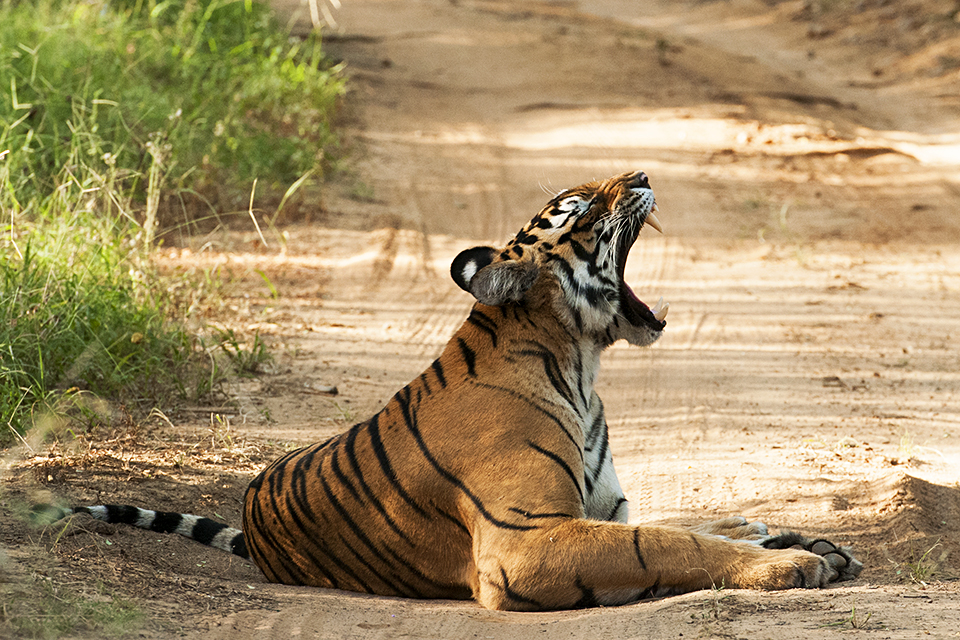 While we patiently framed her every move in a burst of camera clicks, she finally took mercy on us and woke up. She gave us a couple of fabulous Tiger yawns that made our day. And thereafter she posed for more pictures. 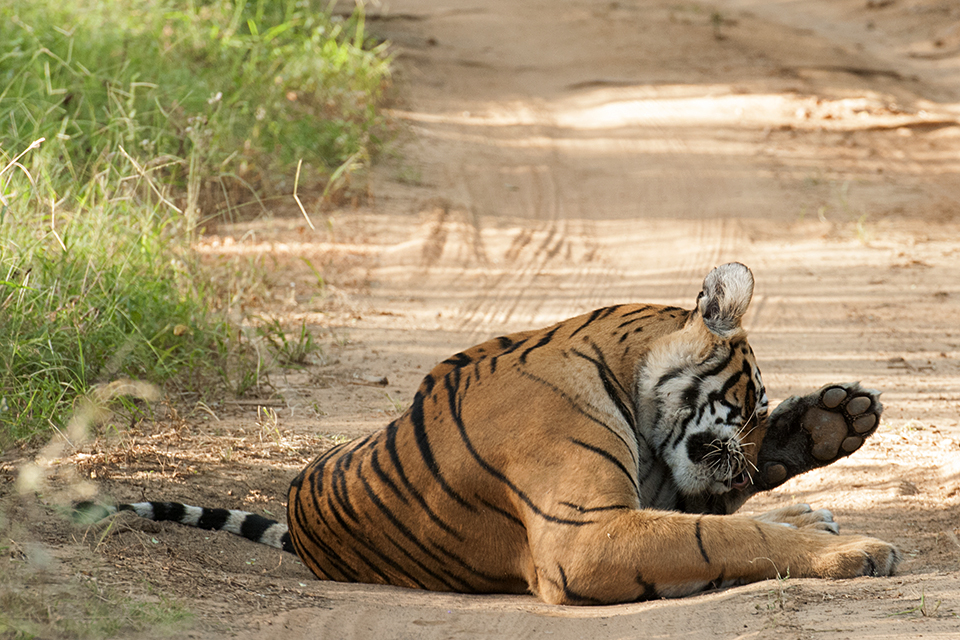 All our waiting was more than well rewarded when she gave us this gorgeous pose (above) that we had been waiting for before she shifted her position to get more cozy for her next round of  sleep. What was equally incredible was that ours was the only vehicle throughout this sighting. Watch out for round two of our first meeting with Arrowhead soon.