The Barking Deer or Muntjac 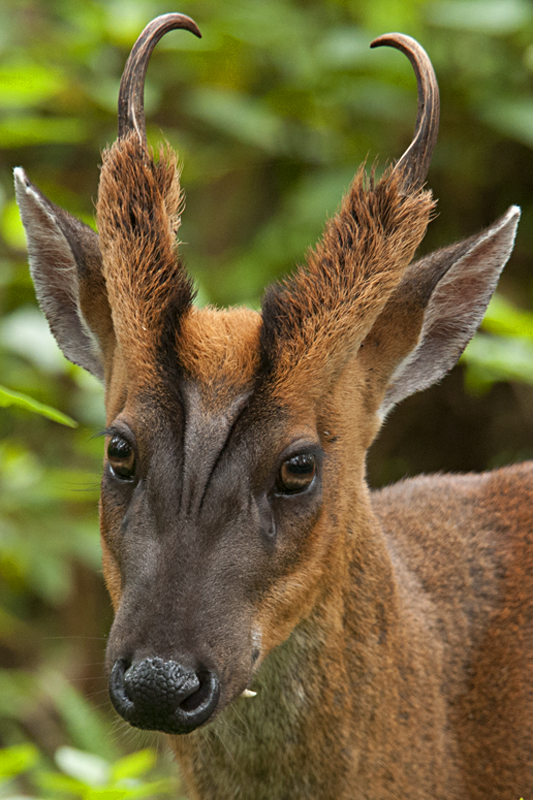 Of all the Deer species that we have seen in the national parks in India, the Muntjac more commonly known as the Barking Deer comes across as most shy. You can see them in almost all the national parks in India, however, the moment they spot an oncoming Jeep they invariably scoot into the Lantana, leaving you with little chance of a good sighting and a lesser opportunity of a decent photograph.

We had seen a tourist friendly Barking Deer a couple of times and you can see see those experiences here. However, this sighting of ours again in BR Hills, which is one the best wildlife sanctuaries to photograph the Barking Deer, was very different. We spotted the Deer at a distance,  grazing in the Lantana. After taking a couple of record shots, we requested the driver to roll the Jeep without starting its engine so that we could get as close to the Deer as possible.

We were expecting the Barking Deer to leap into the air and dash into the Lantana. But to our pleasant surprise, this Deer walked confidently into the open and stood in front of the Jeep, giving us a rare opportunity to photograph a full grown male Barking Deer. Apart from beautiful horns, they also have canines, that can be seen in most of the images of the male Deer. We later found out that it was the mating period for the Barking Deer and a female Deer, the one without the horns, was also in the neighborhood. After taking pictures to our heart’s fill,  we decided to head off leaving the bold Barking Deer to go about its business. 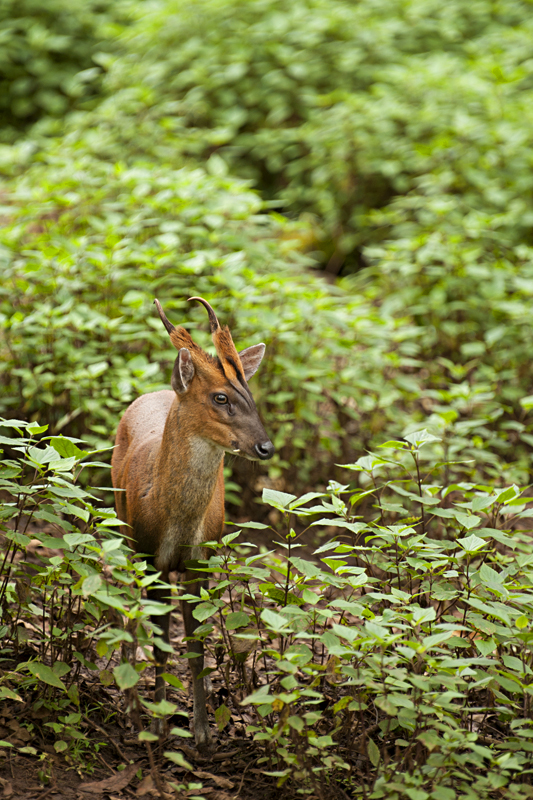 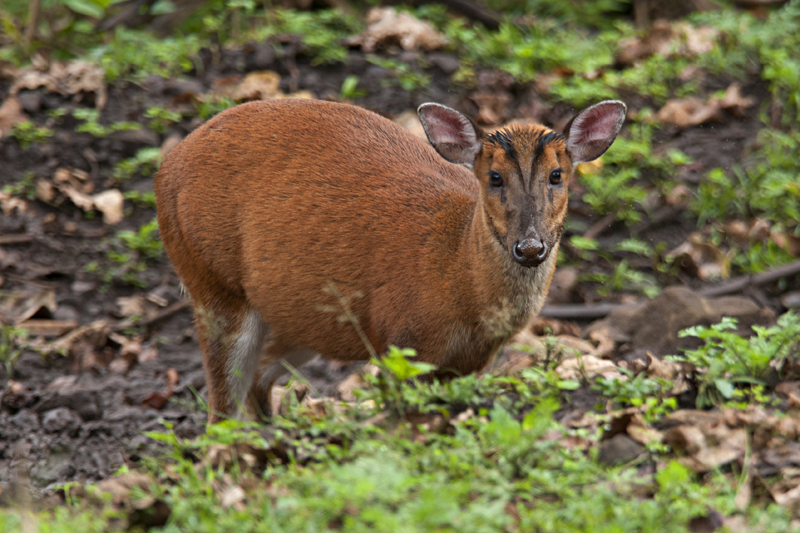 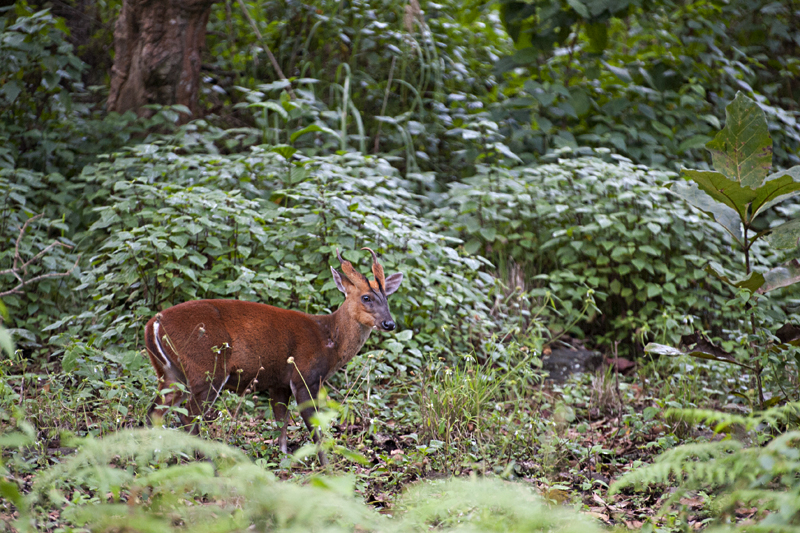 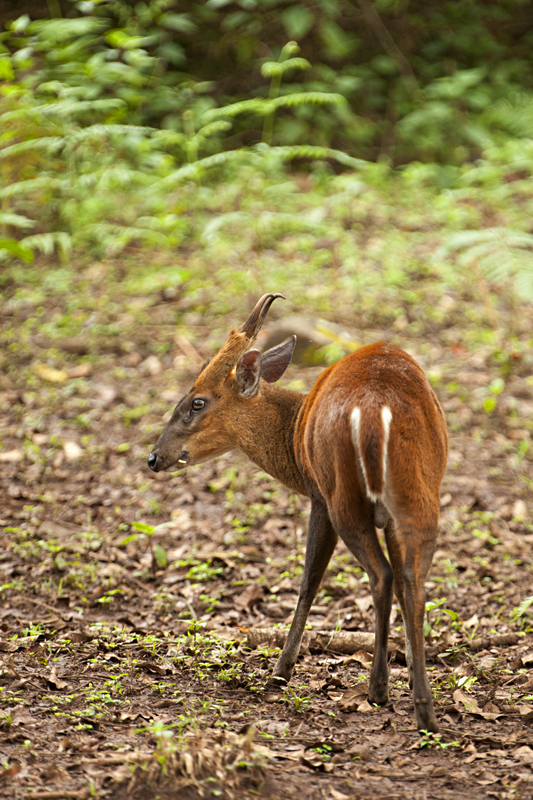