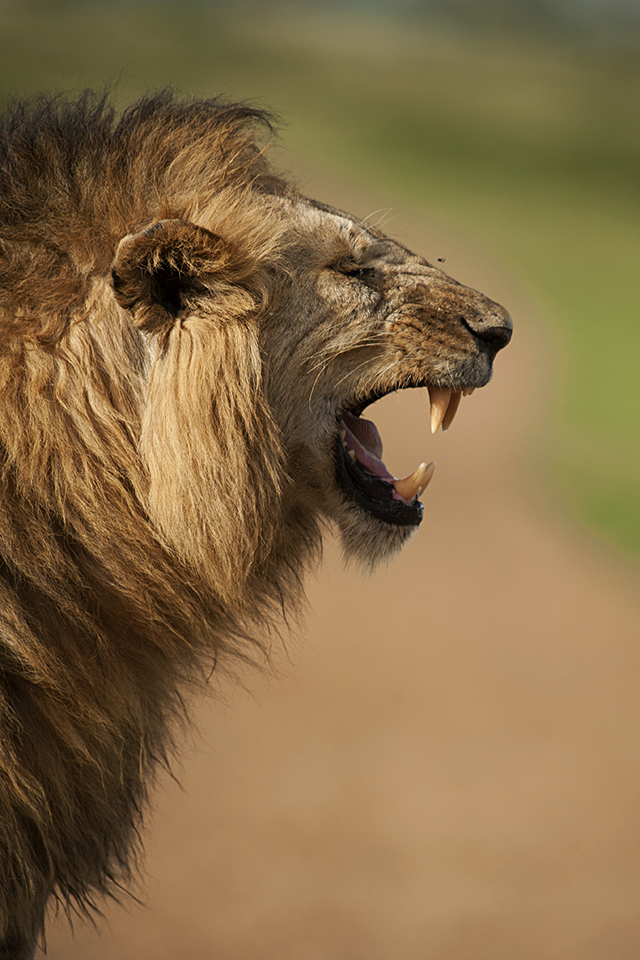 As we  set out on our afternoon game drive in Maasai Mara National Park, our guide pointed out that a couple of lions had been spotted earlier today and he suggested that we go look for them. The exciting thought of spotting African Lions was too good to let go and we willingly obliged. It was a long drive to one corner of the park and then all of a sudden there he was, a fully grown African Lion close to the road looking into the African Savannah. 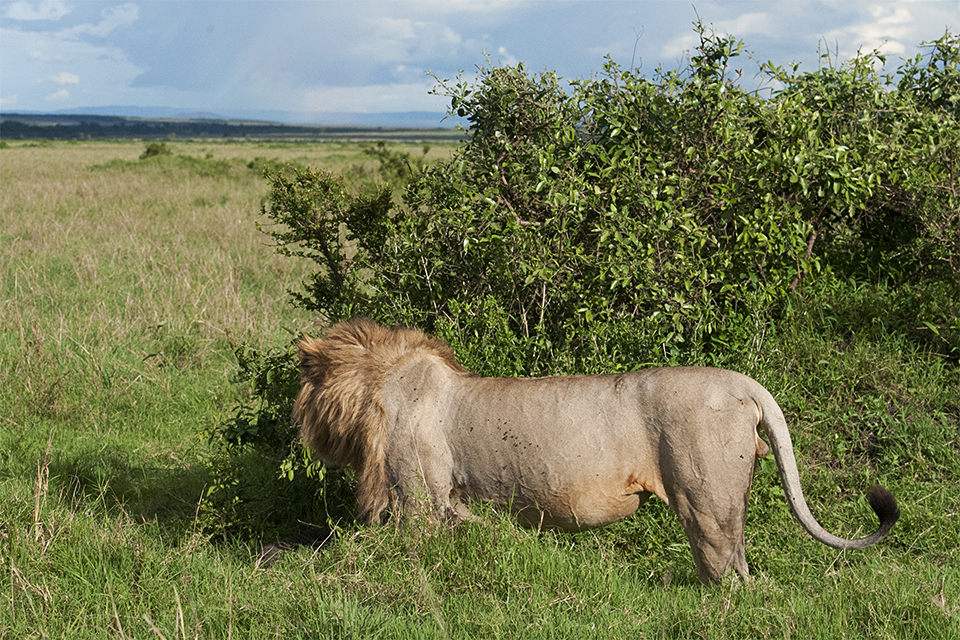 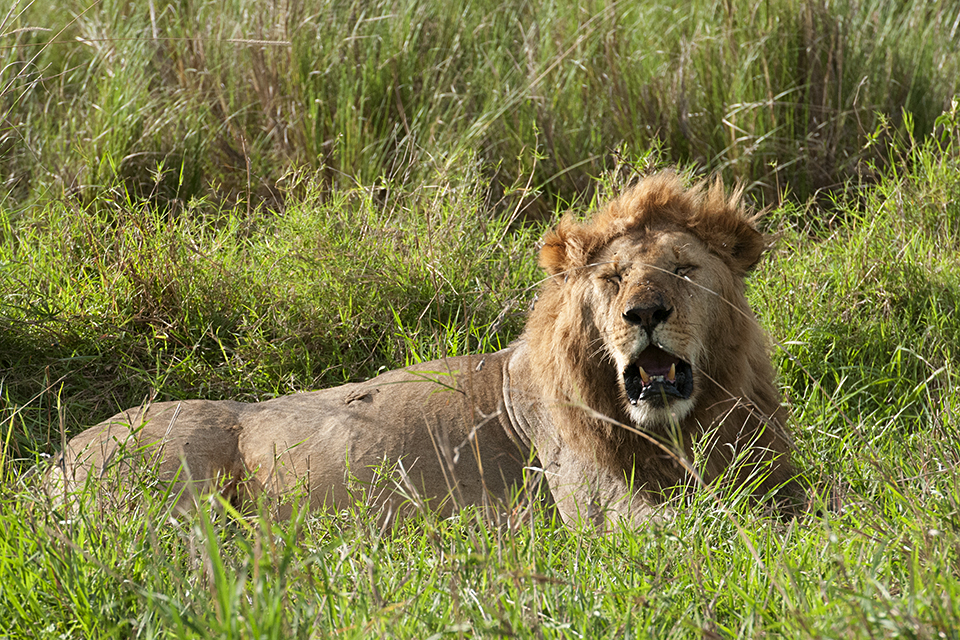 It was now clear what the first Lion was looking for, it was looking at this second African Lion that was relaxing in the afternoon sun. As we kept watching this \second Lion, he lifted his head and looked across the road into the distance. We followed his cue and spotted a third Lion, at a distance, walking towards the road and us. 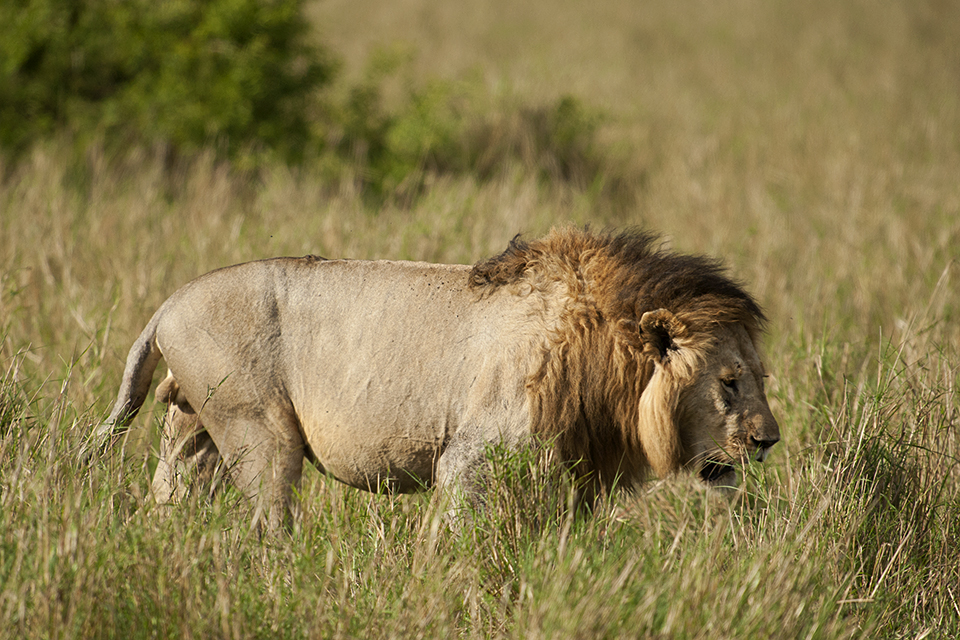 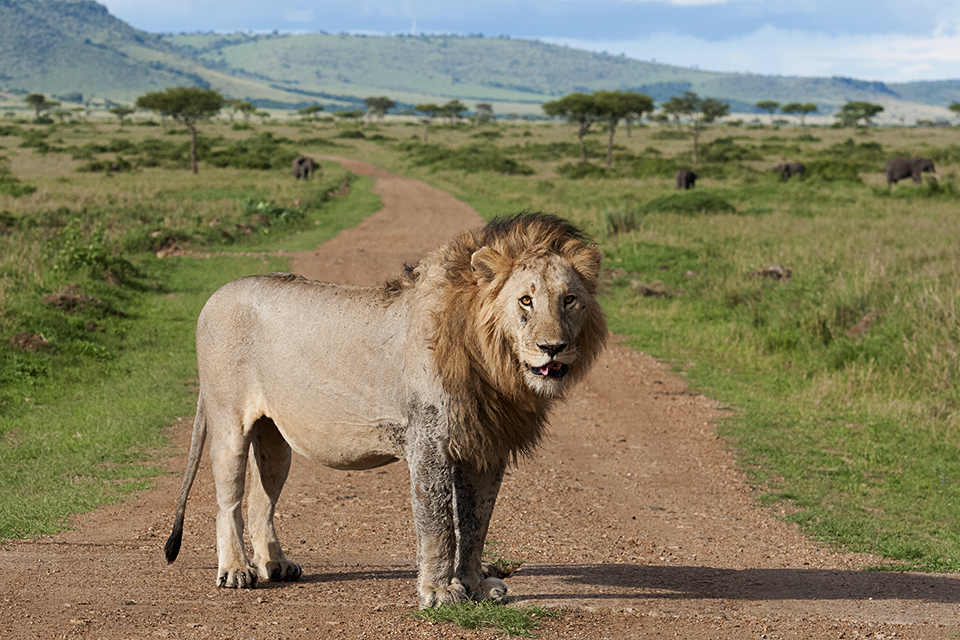 He finally got onto the road and looked at the other two sleeping Lions, I took the opportunity to compose him against the lovely Maasai Mara backdrop. This is the first time ever we saw three fully grown African Lion together. The handsome African Lion then slowly walked towards us giving us an incredible opportunity to photograph him. We took this picture of him walking towards us before he was too close for a full frame composition. 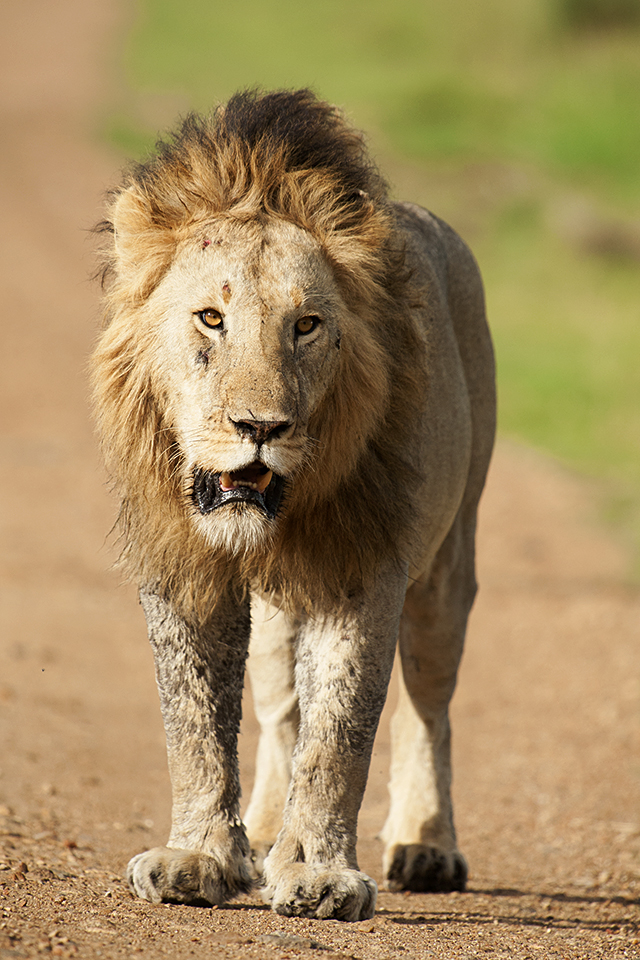 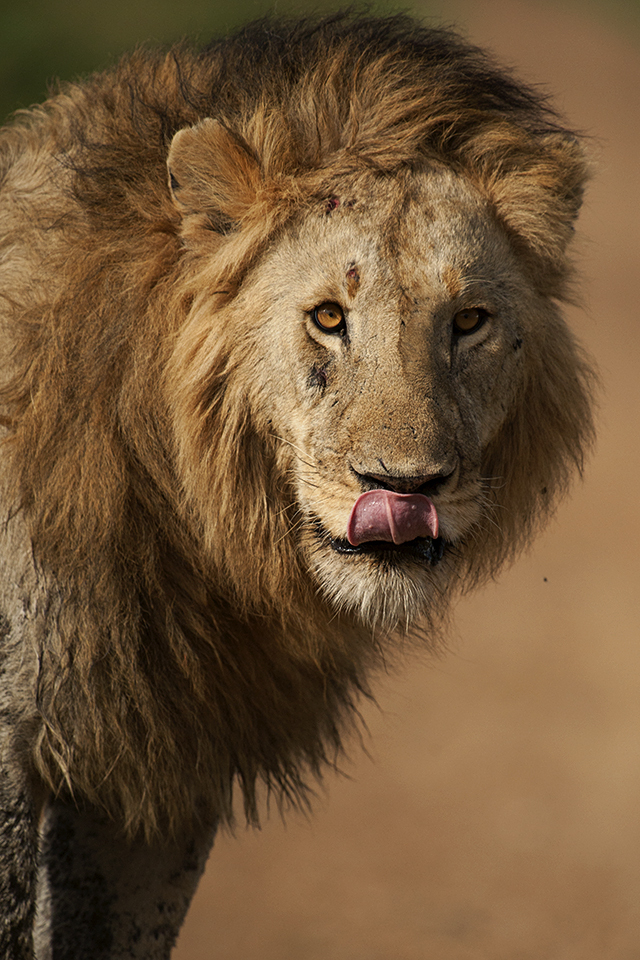 This Afrian Lion was now so close to us that I switched my D700 at 600mm focal length to portrait compositions to get some closeup of this amazing beast. At one point he turned over to smell the air making for a fantastic side profile picture which was the best of the series and I used it as the feature image (first image) of this post.