Tiger feeding on Gaur in Tadoba 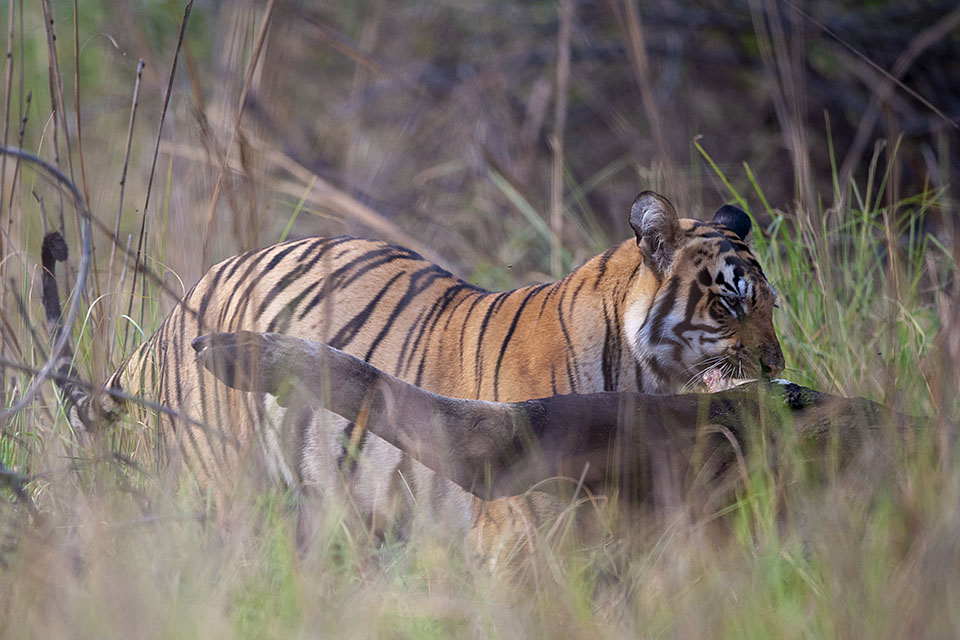 During one of our safari’s at Tadoba, just as we entered the park, the driver and guide pointed out that a Tigress had killed a Gaur on the banks of the lake inside the forest. We dashed to that location and were greeted by the Tigress standing alongside the Gaur carcass. She did take a couple of bites of her kill, but was not too keen on eating. It looked like she had been feasting on the carcass all night. And now was waiting for her cub to arrive so that he could feast on it. Fortunately for us, we didn’t have to wait long, before the Tiger cub (almost the size of his mother, if not bigger) made a grand appearance. He looked at the waiting jeeps before heading to the carcass and started feeding on it. He kept pulling and pushing the carcass exposing his immaturity on handling a kill of this size. But that didn’t deter him. He kept at it for a while, thereby giving us many photo ops. We hope with this series of pictures, you get a first-hand feel of experiencing this incredible sighting that we had. 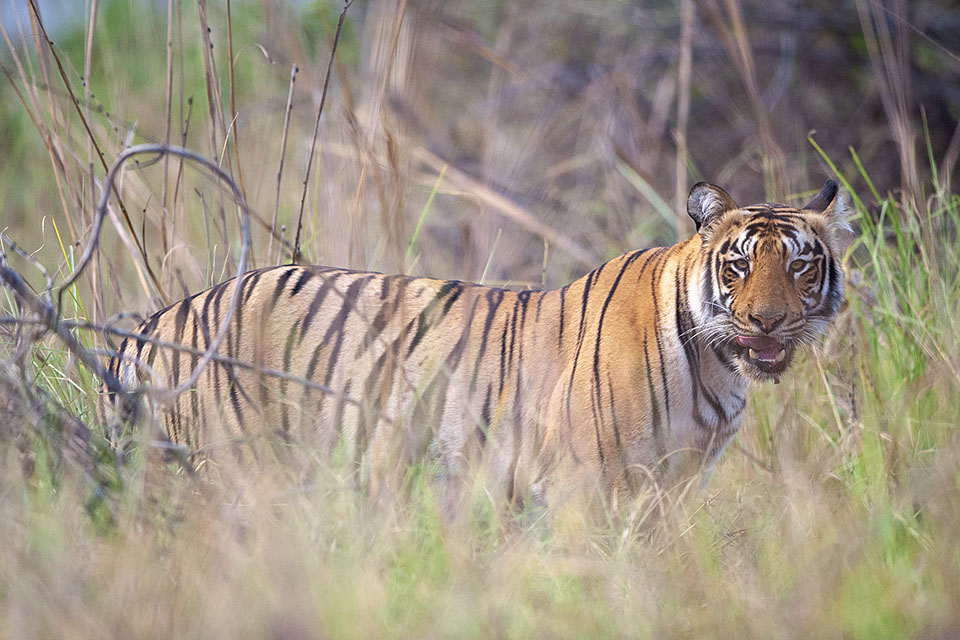 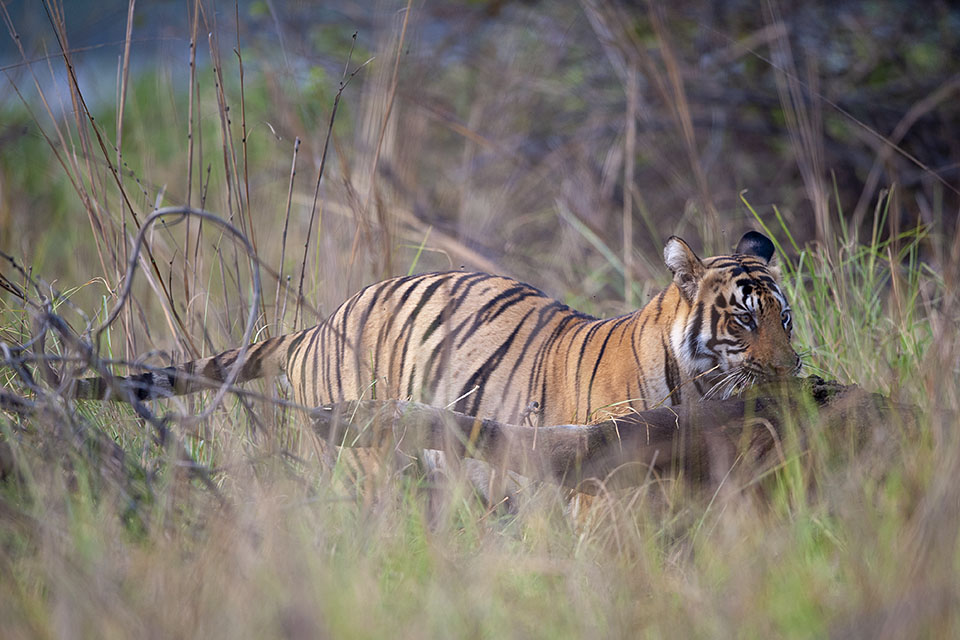 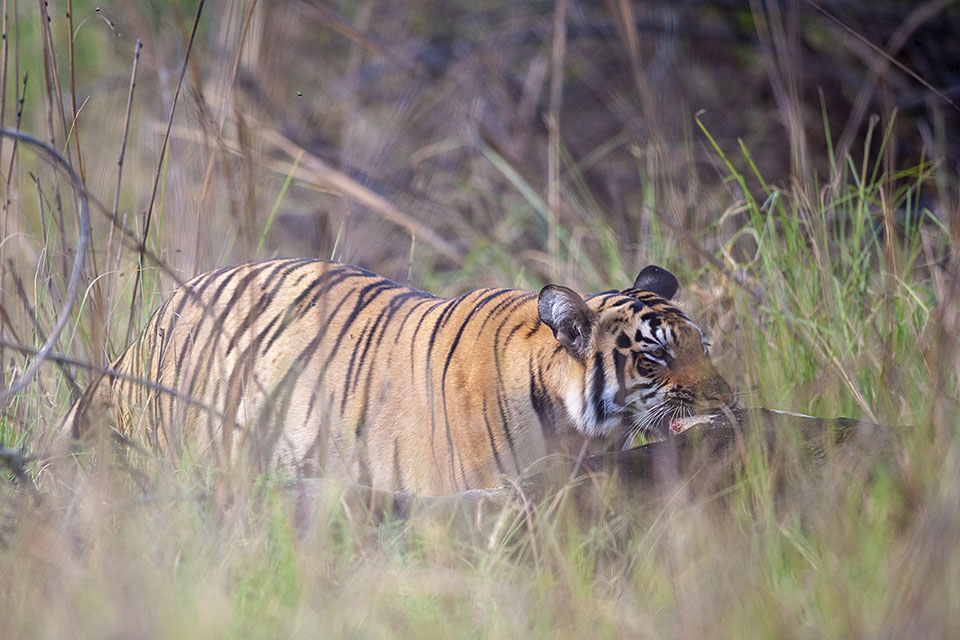 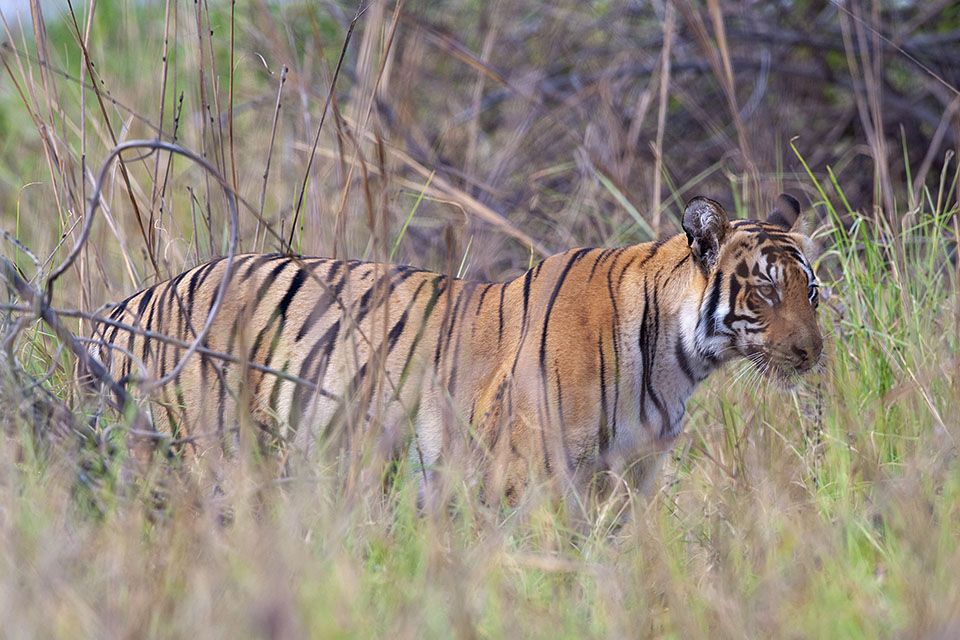