Tigress with cubs in Ranthambore 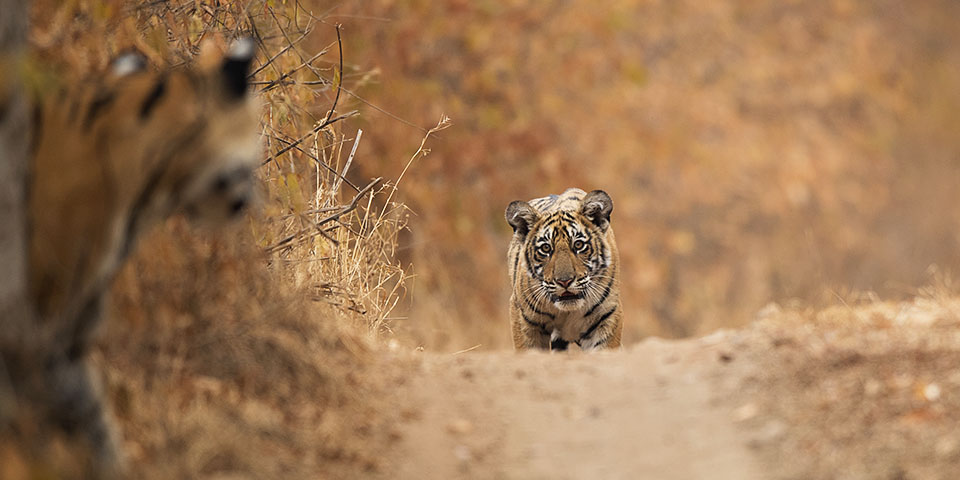 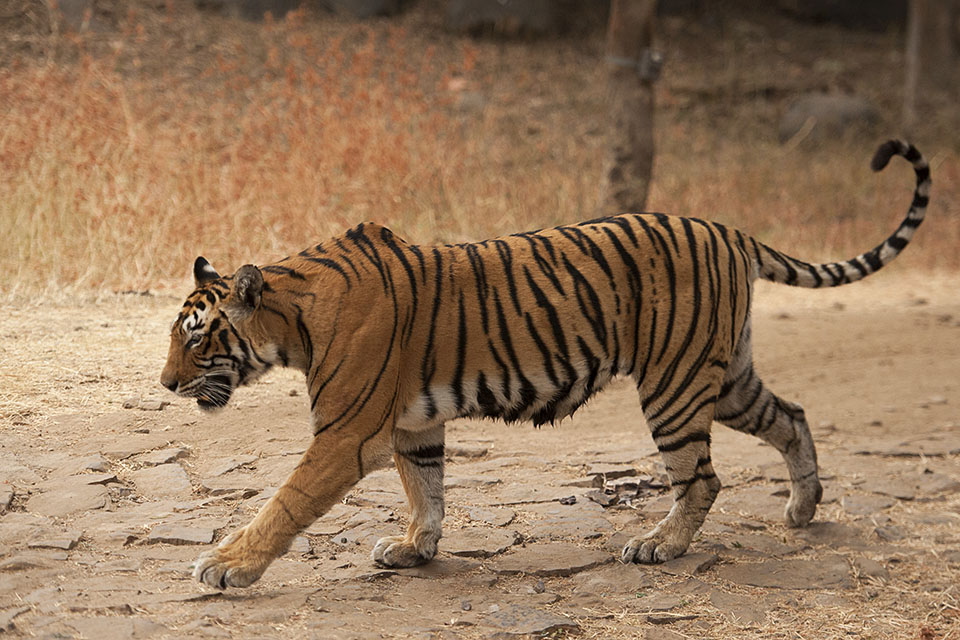 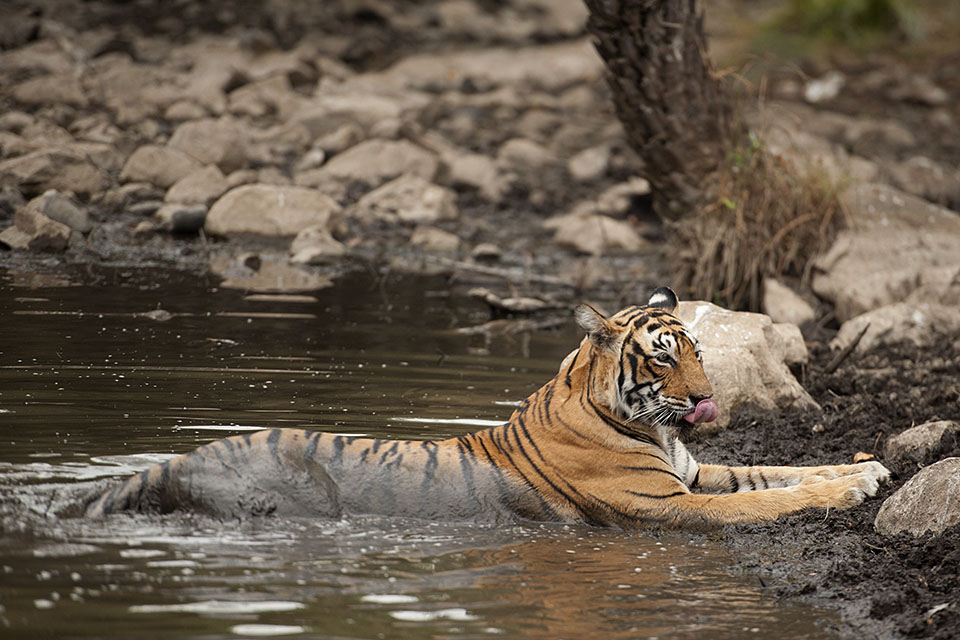 She stepped into the waterhole, found a cool spot and settled down. After quenching her thirst, she called out to her cubs. The cubs, being very young, have been rarely seen and we were looking forward to seeing them. Hearing the Tigress’ repeated calls, the cubs called back and we could hear rustling in the dry leaves ahead. It was clear that the cubs were emerging from the hill and heading straight towards their mother. 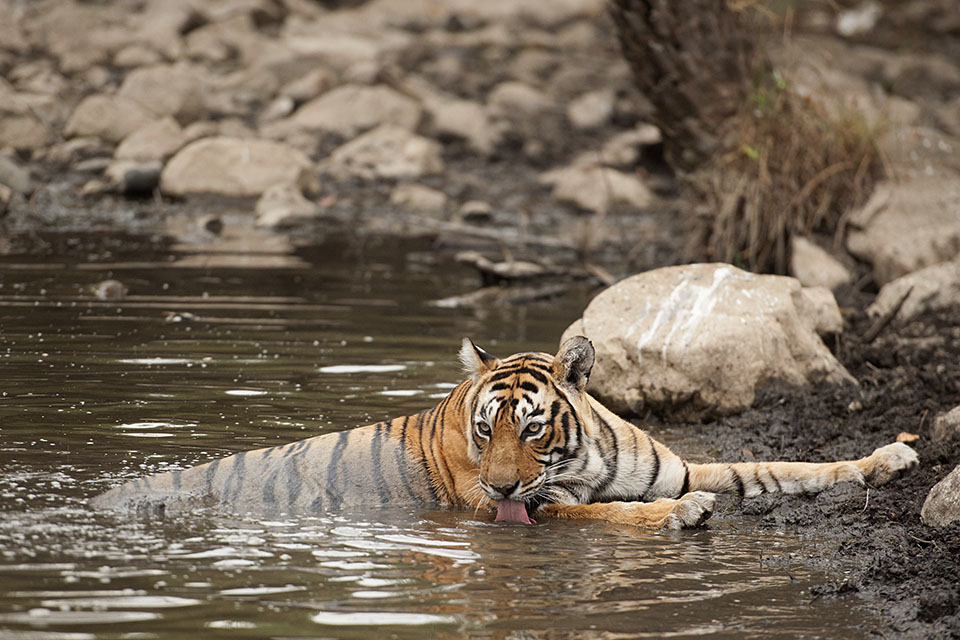 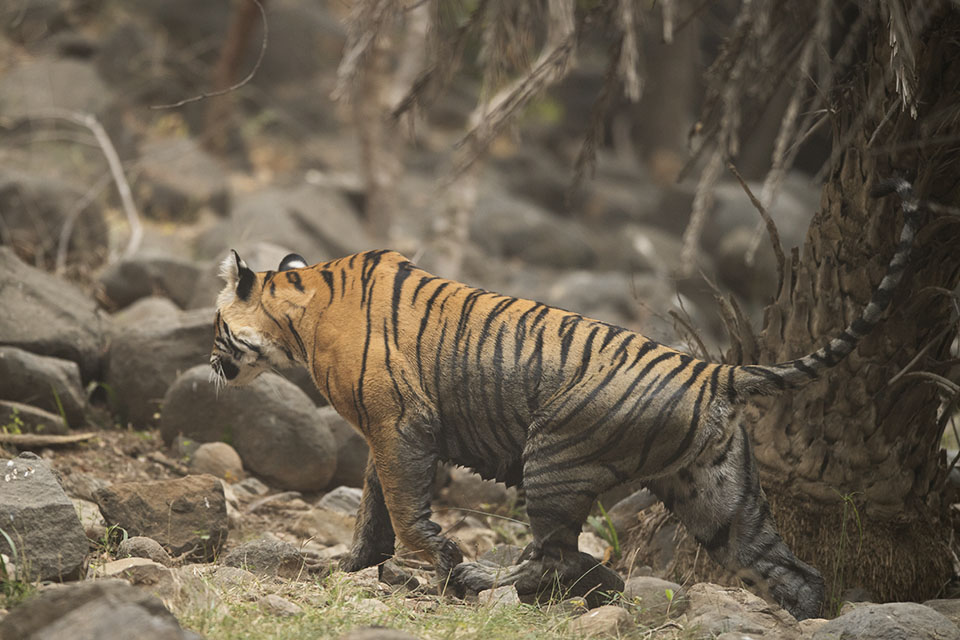 However, to our disappointment, the cubs stopped at a distance from the waterhole and refused to come into the clearing. Noticing her cubs’ reluctance to come out into the open, the Tigress got out of the waterhole and headed towards them, meeting them mid way. She then walked away from the waterhole and crossed the road ahead of all the vehicles. It was now clear that these cubs were too young and shy. After a few minutes of waiting, the first cub crossed the road, then the second one emerged and crossed the road while the third cub emerged from the lantana and waited anxiously looking at us. Sensing her cub’s nervousness, the Tigress came back (feature picture) for them and slowly and cautiously escorted all three of them across the road and disappeared into the Ranthambore wilderness.