Trunk length from an Asiatic Elephant 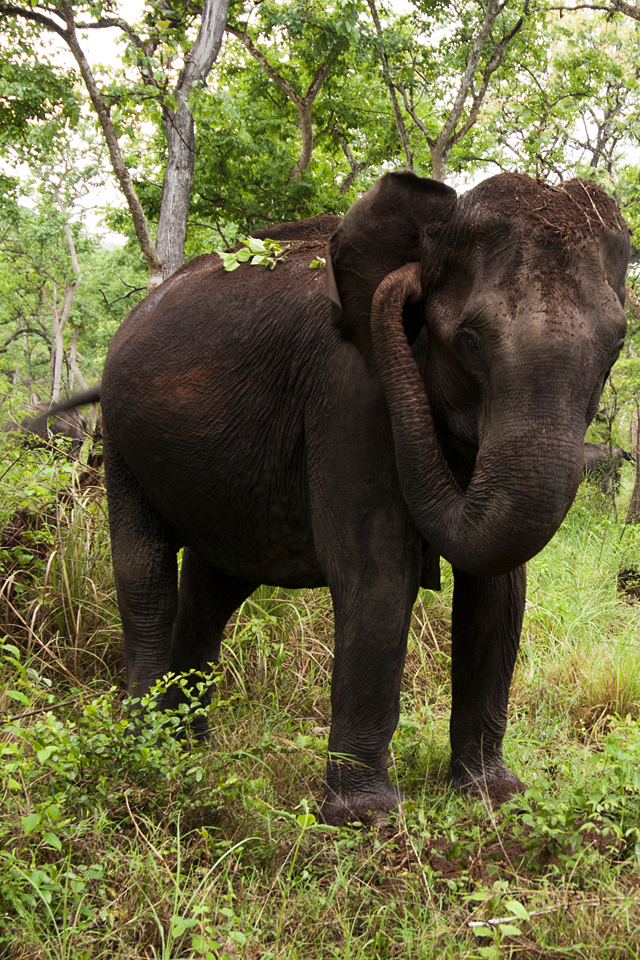 Elephants are such intelligent beings and every sighting/encounter that we have had, has taught us something new about wild elephant behavior. It was 30 minutes since our Jeep Safari into the Bandipur national park and it started raining heavily. It is said that once it starts raining, it is difficult to sight any wildlife. We therefore settled into enjoying the beauty of the forests. The Jeep tracks got slippery and we were into 4 wheel drive at every undulation of the tracks. That is when we saw another Jeep watching an elephant herd.

We parked our Jeep at a vantage point, about 50 feet from the action, and the other Jeep and were observing this herd comprising of a Matriarch, 2 other female elephants, 2 sub-adult male elephants and 2 sub 1-year calves. After a few minutes a van, which is run by the Forest Department came and parked 10 feet behind us. All this commotion unsettled the elephants and they decided it was time to move. The other Jeep started its engine and moved ahead giving a clear path between the 2 Jeeps for the Elephants to cross. So the resulting scenario is that you have this a Jeep about 100-150 feet ahead of us, elephants trying to cross the track in front of us and a van behind us.Here’s the action as captured with the D80, 12-24mm f4 lens, handheld using the Jeep railing as support. All images are taken at 24mm. The overcast lighting conditions made photography challenging by allowing shutter speed of 1/60s or lesser.

This first image, below, shows the Matriarch contemplating crossing the road with the two calves sheltered between her and another female elephant. This foursome was about 10 feet from the Jeep, which is considerably close. EXIF – 24mm, f4, 1/50s, -0.7EV, ISO 400. 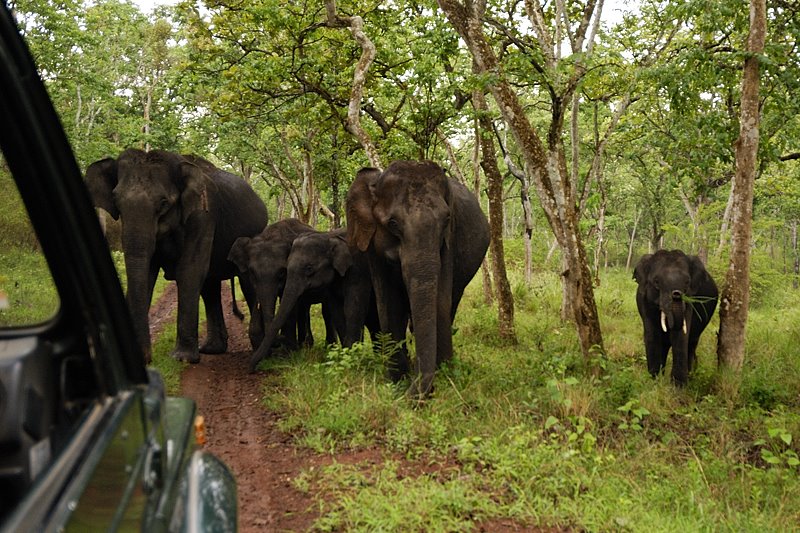 Then for some reason the Matriarch decides against crossing the tracks and they move away from our Jeep. While this is happening, the other female elephant comes really close to us – she was just about 5 feet from the front of the Jeep! For a few moments, we had our heart in our mouth; what if she charged and what if the charge was for real! EXIF – 22mm, f4, 1/60s, -0.7EV, ISO 400. 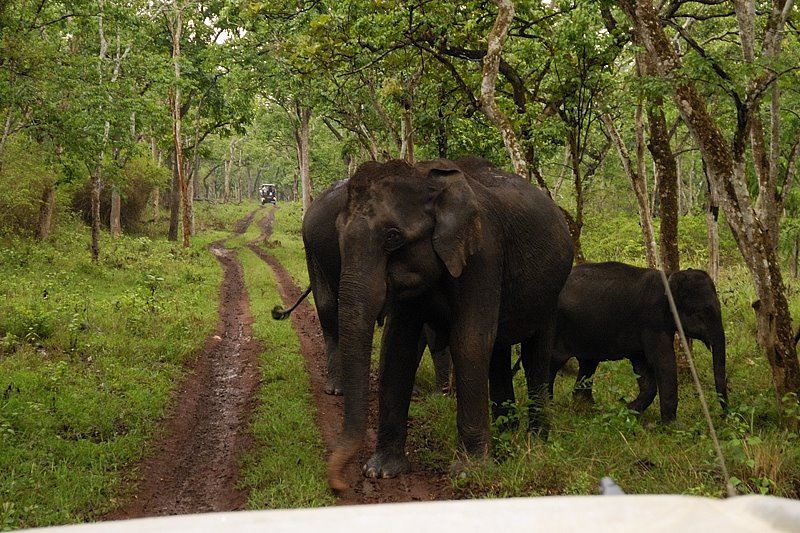 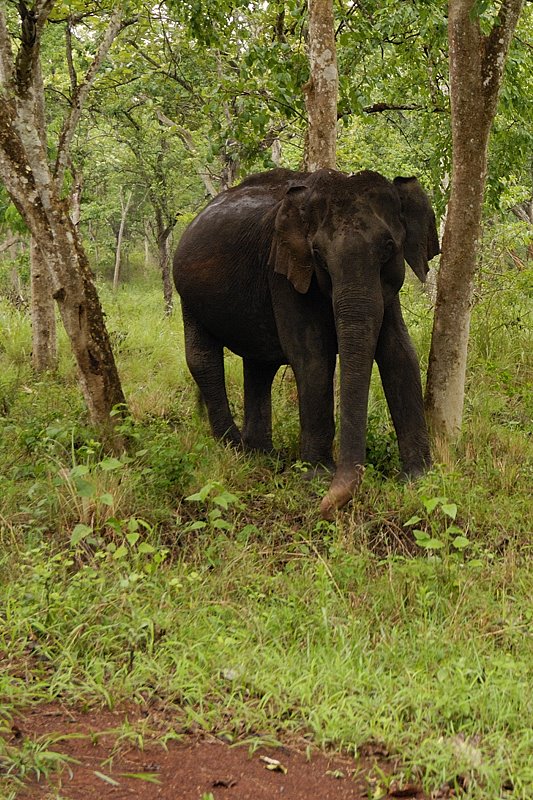 Once the Matriach realized that we have no threat to the calves, she did not bother our presence. It was as if she thought we were just part of the landscape! She continued grazing grass, dusting herself, and even cleaning her ears, which happens to be S’s favorite picture here. She was so close, probably 5 feet or less, we must say that this is the closest that we have ever come to a wild elephant. All images are almost full frame at 24mm focal length . EXIF – 24mm, f5.6, 1/15s-1/20s, -07.EV, ISO 400. 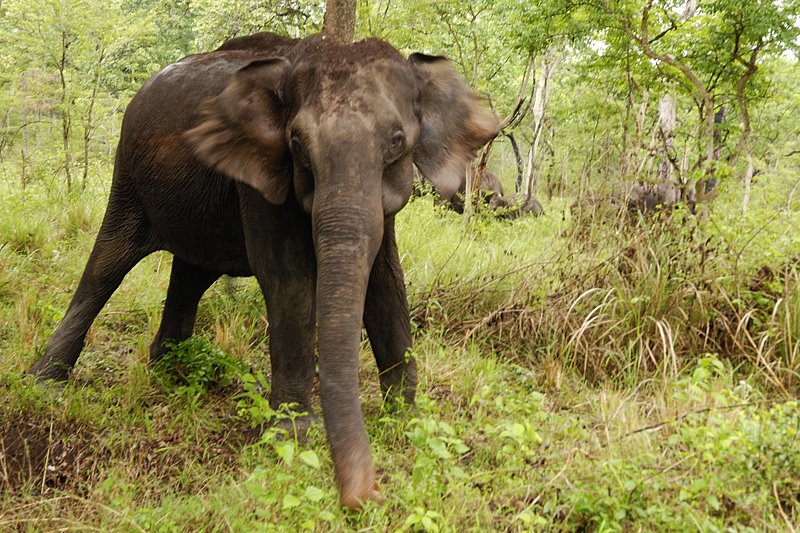 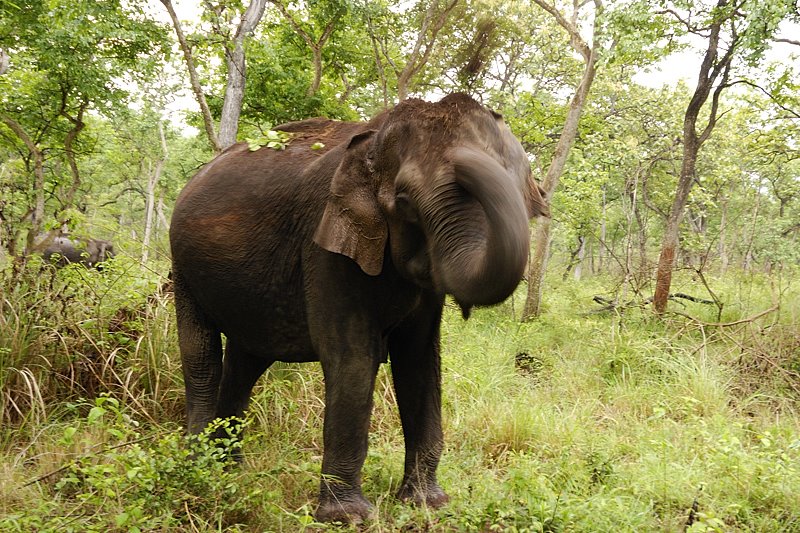 Some of our other elephant encounters include: Sighting the largest wild elephant herd till date, which is posted in One big family. Watching wild elephants in a playful mood in water, which for us was an awesome experience. We saw that the bond between mother and calf is as strong as it is in human beings. And being charged by wild elephants, which was a nerve-racking experience; not for the faint-hearted.