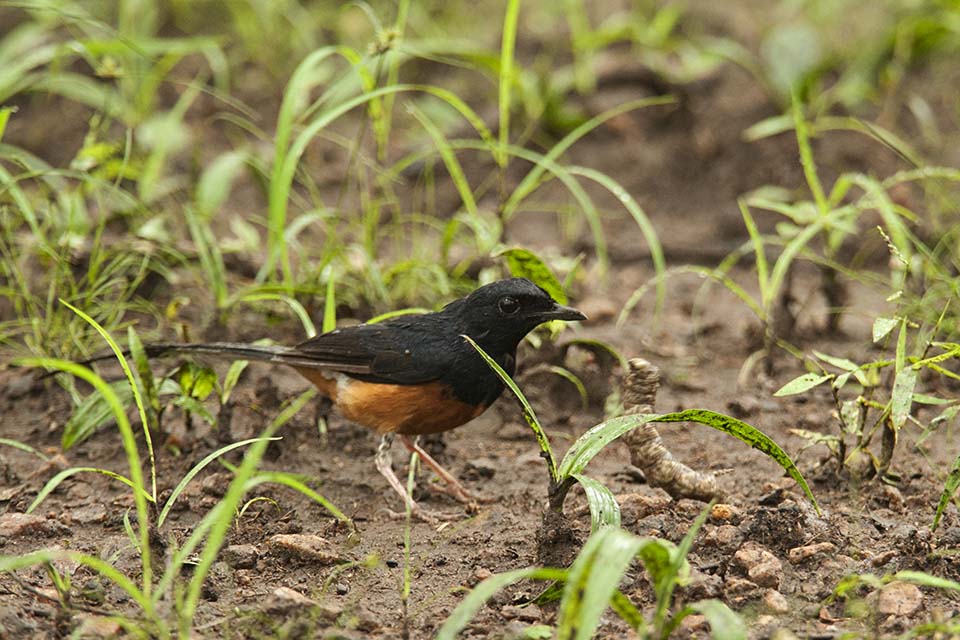 White-Rumped Shama is a shy bird and not exactly camera-friendly as it almost always forages in the dense undergrowth of the Indian wilderness. So when we spotted one sitting on an open perch almost at eye level, during one of our drives in Kabini, we pounced on the opportunity to take some photographs. Unfortunately for us, the cloudy monsoon conditions did not help in getting sharp pictures, but I kept clicking in the hope of getting at least a couple of relatively good images. 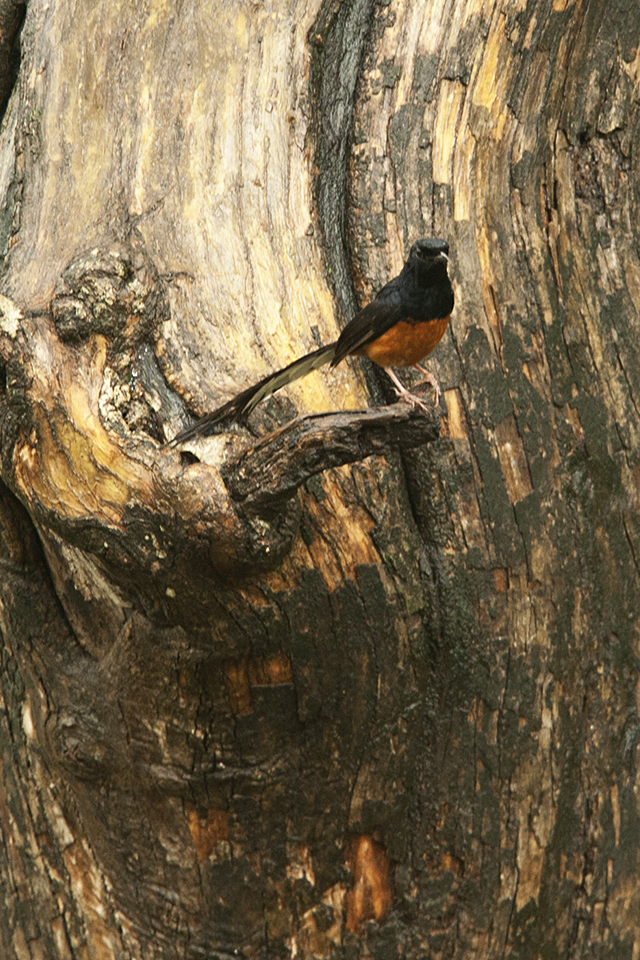 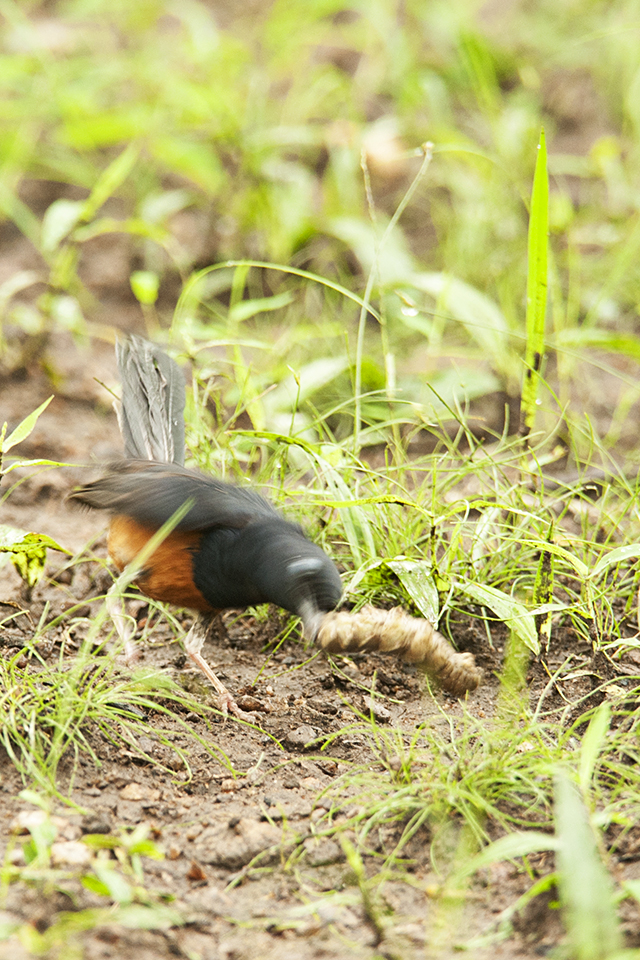 As soon as the Shama flew down and sat in the open forest floor, it pecked at a huge caterpillar. After a few attempts, it realized that this Caterpillar was indeed a huge adversary that’s not going to give up without a fight, and I caught the Shama contemplating its next move. 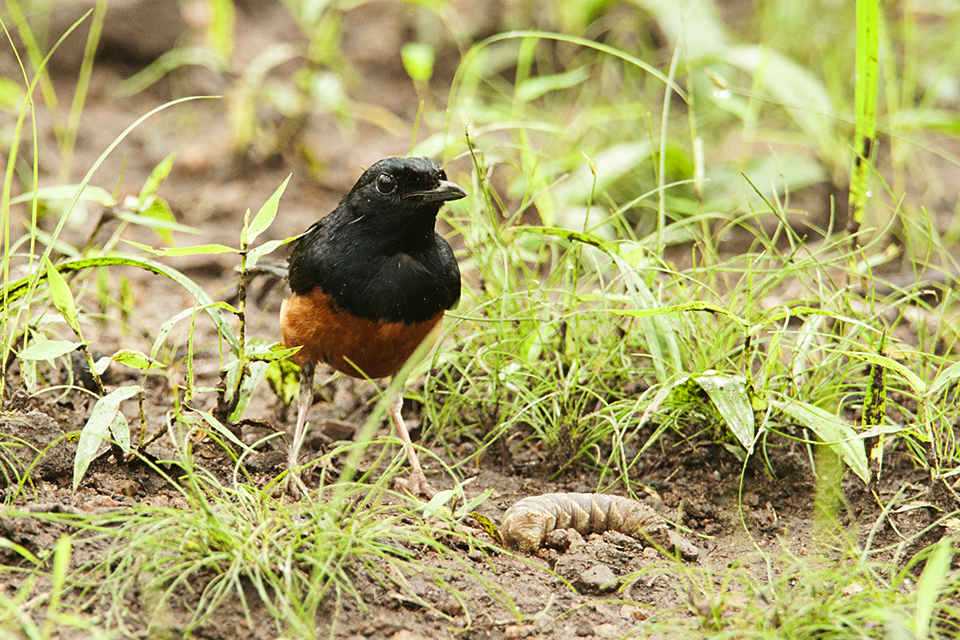 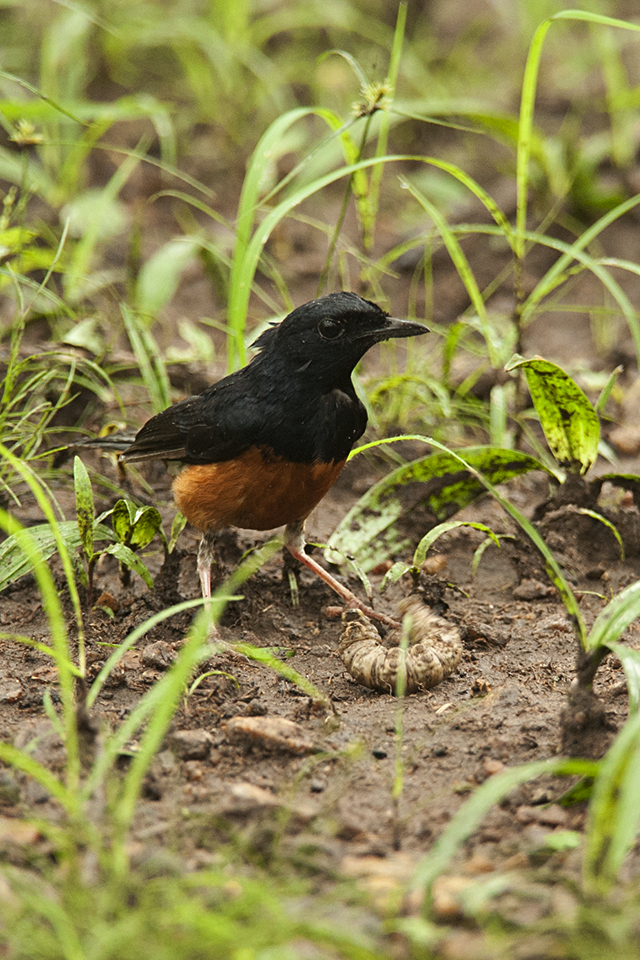 After a few moments, it once again attacked the Caterpillar, but its pecking hardly made a dent on it. There was no way this little Shama was going to succeed in tearing up this huge caterpillar into manageable chunks, but it did try hard. At one point the Caterpillar lifted itself up to face the Shama (check feature image – first image). I think it was at this moment that the Shama decided that this was too big a catch and conceded defeat and flew onto a stump to scan the forest floor for a manageable meal. 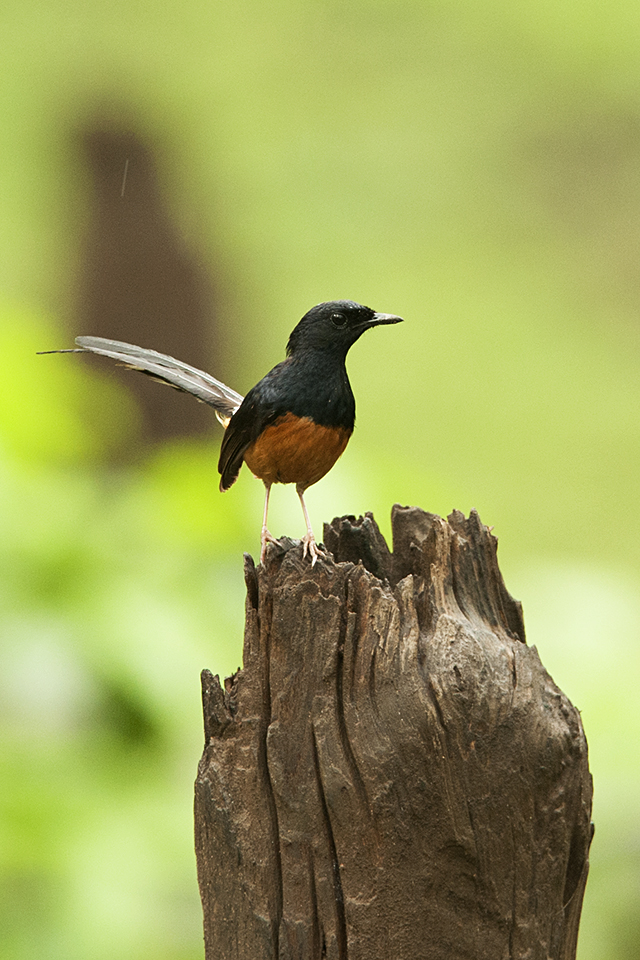