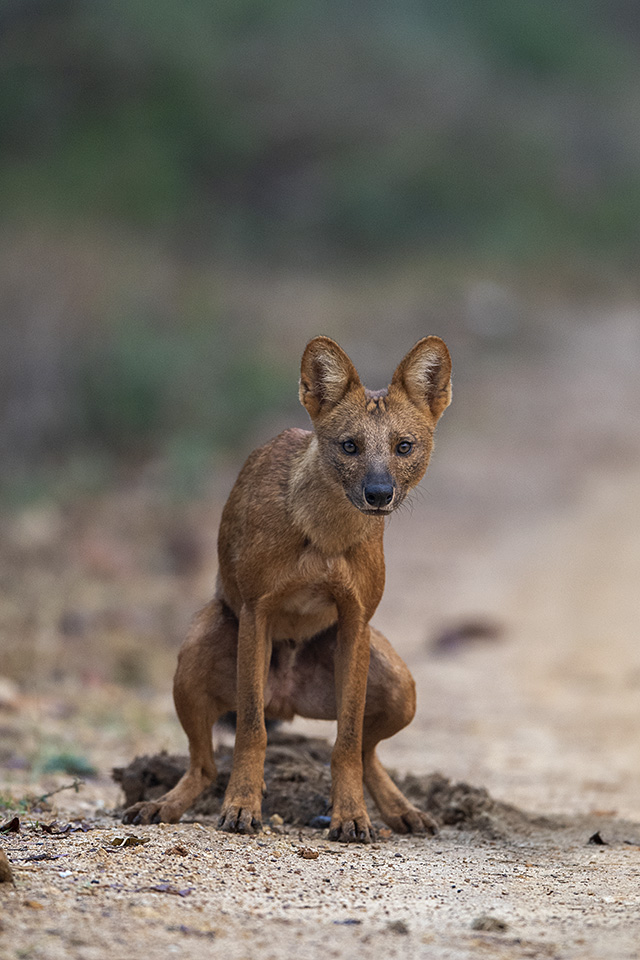 As we were exiting the Bandipur National Park, in Southern India, our naturalist spotted this Sloth Bear scuttling across the state highway that running through the park. We caught this fleeting image of the Sloth Bear before it disappeared into the Lantana.

We were in for better luck the next morning drive when we spotted a pack of Dholes, Asiatic Wild Dogs. At first it looked like they were on a hunt and later it donned on us that they might actually be protecting their turf, when the Alpha female came towards us and marked the tracks, right in front of us.

We followed the Wild /Dogs intrigued by their bold behaviour only to be led into this open piece of land. The Alpha female then would just stay put while the other members of the pack maintain a vigil in the perimeter of this clearing. It was a tell tale indication that somewhere closely was the den site of this pack and it sure has a few pups, in the hiding.