By then the herd had gathered at the crossing point and it looked like the river crossing was on. The previous crossing happened at a point, not usually used at this time of the year and we were the only vehicle to reach there in time to see the crossing. But this one being a major crossing point, there were many vehicles waiting alongside us to witness the crossing. 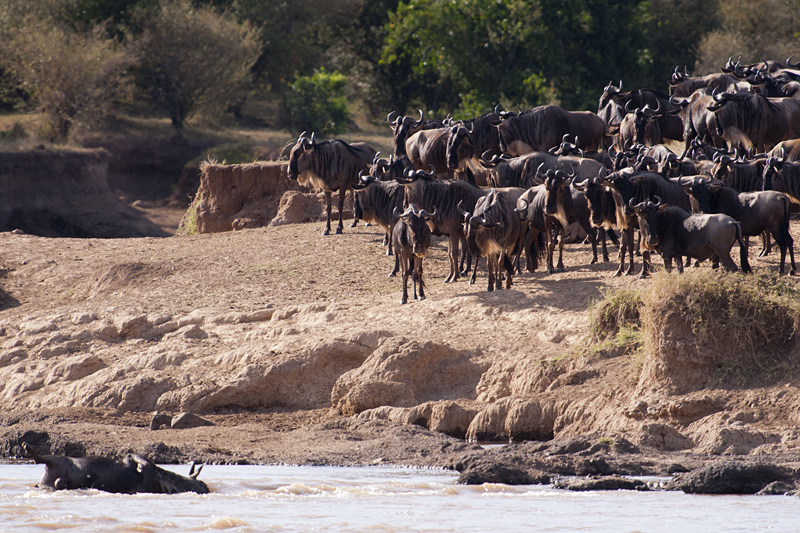 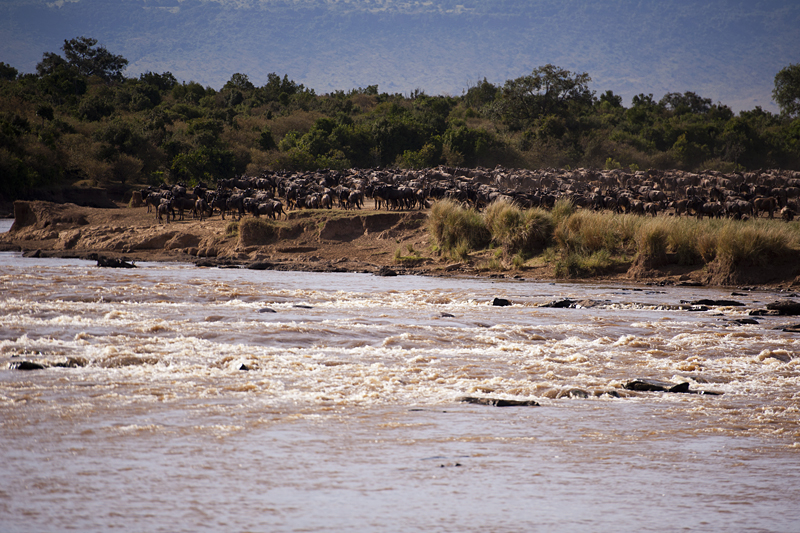 We observed the herd for about 15 minutes. One Wildebeest after another would come to the water’s edge and pause, contemplating whether to cross or not and then back off.  We were sure that it was neither the carcass in the water or the couple of crocodiles that were scaring them. It just seemed like they were not ready to cross. The pushing and shoving went on for another 30 minutes. Finally after waiting for 45 minutes, we realized that this herd might not cross the river that evening. We took a couple of final images of Wildebeest taking turns at the water’s edge before heading off deeper into the Mara plains in anticipation of more action. 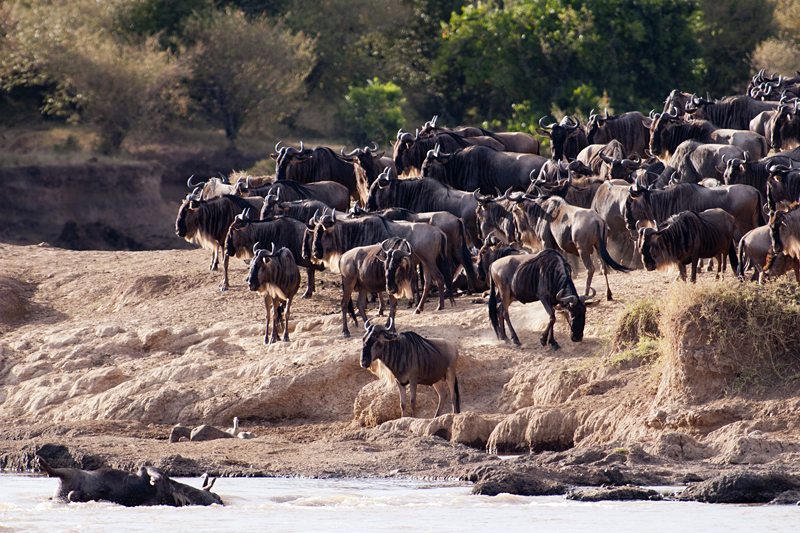 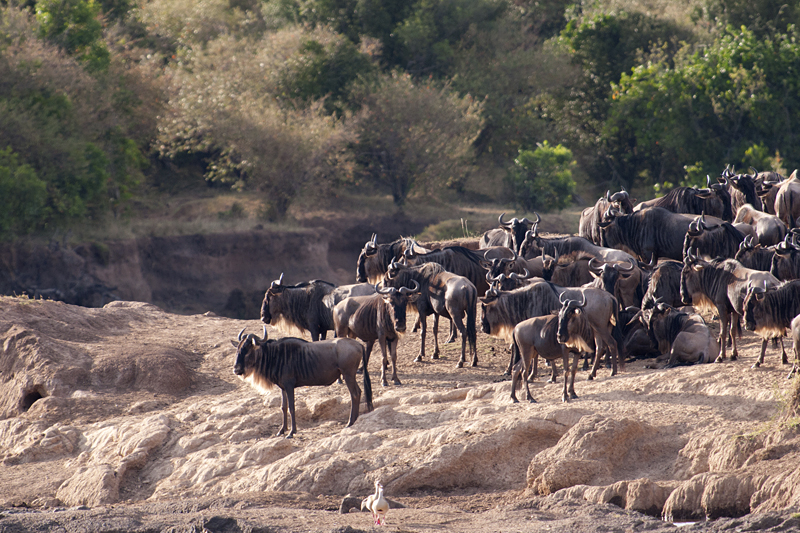