A couple of my classmates approached me with the idea of taking a trip to a national park as their sons were keen to see wild animals in their natural habitat. I willingly obliged and we narrowed down on Bandipur National Park as the destination. I picked up the father-son duos from the Mysore railway station and headed to Bandipur. That afternoon we began our first safari from the children’s point of view and they were all excited about it.

We drove around for over an hour with no sightings. And just as the young boys were becoming a bit restless, it all happened. We passed a small herd of three Elephants, standing by the side of the safari road. As we passed them and stopped further up the road, these Elephants came onto the safari track and stood in the middle of the road (below picture). We backed the Jeep to get a closer view of the Elephants and also switched off the engine to ensure that we don’t disturb the herd. After contemplating for a few minutes as to whether we were friend or foe, one of the Elephants nudged the other Elephant in our direction (above picture). 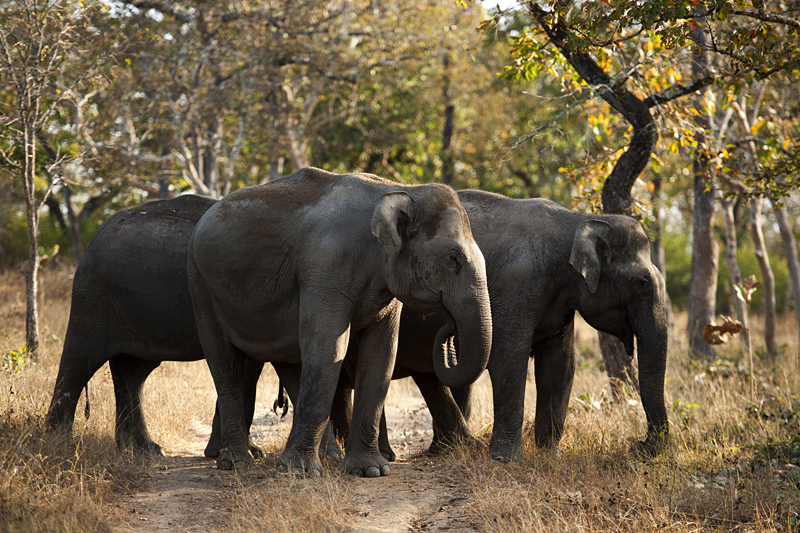 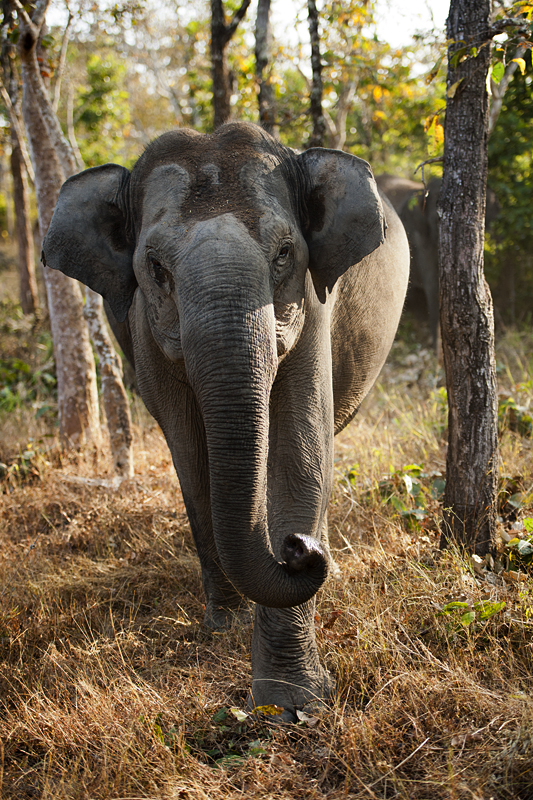 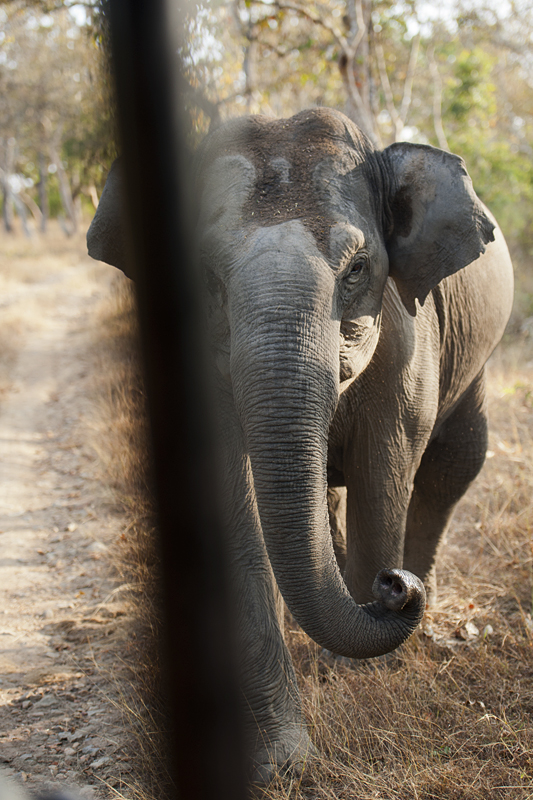 It looked like that soft touch was all the motivation this Elephant needed to come to the conclusion that we were a threat to their family and came charging at us. We first thought this would be a mock charge and waited, but the Elephant showed no signs of slowing down and was getting closer and closer (above two picture). The 2nd picture shows how close to the Jeep this Elephant had come and one of my friends as well as the boys got very scared. Realizing the fast approaching danger and the commotion in the Jeep, our driver switched on the engines and drove away quickly with the Elephant in pursuit. When we put adequate distance between the Jeep and the Elephant, it finally stopped in its tracks. It stood along the safari route in a triumph pose (below picture) having successfully chased us away. 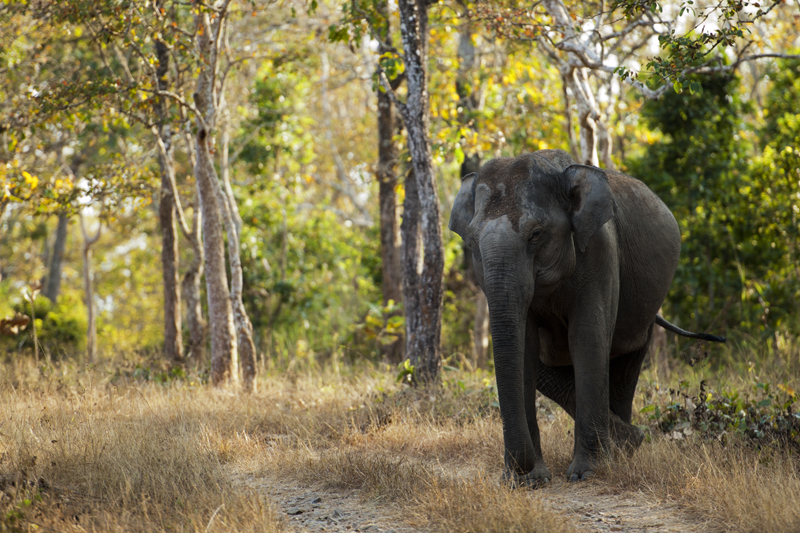 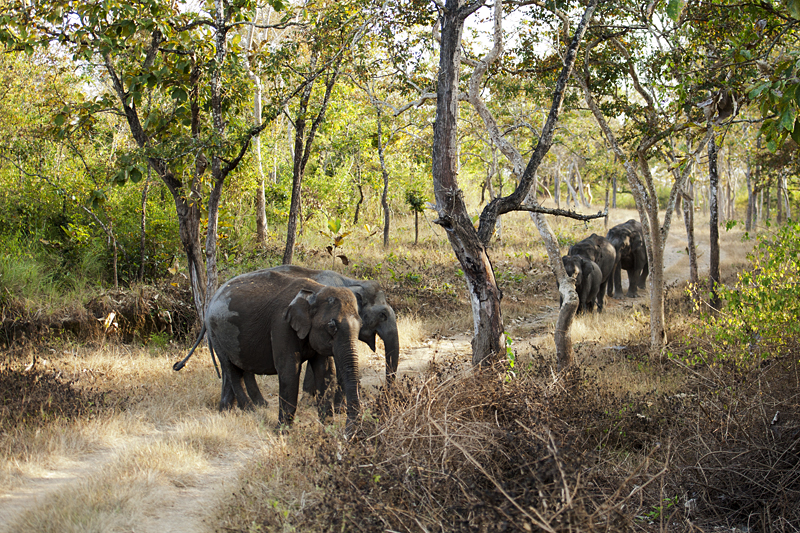 I was wondering as to why this Elephant was so intent on chasing us away from the area. When two more Elephants (above picture) came onto the safari road, the puzzle was solved. We had unknowingly parked the Jeep obstructing the path of a large herd of Elephants foraging along this stretch of safari road. We only saw the three Elephants initially as the others were hidden behind the lantana. Hence, we were perceived as threat that needed to be shooed away. We took this final picture (below picture) of the Elephants before we moved on in search of another exciting wildlife sighting. This was quite an experience for the first timers and one of my friends and the boys seemed visibly shaken on being chased by a wild Asiatic Elephant in the Bandipur National Park. 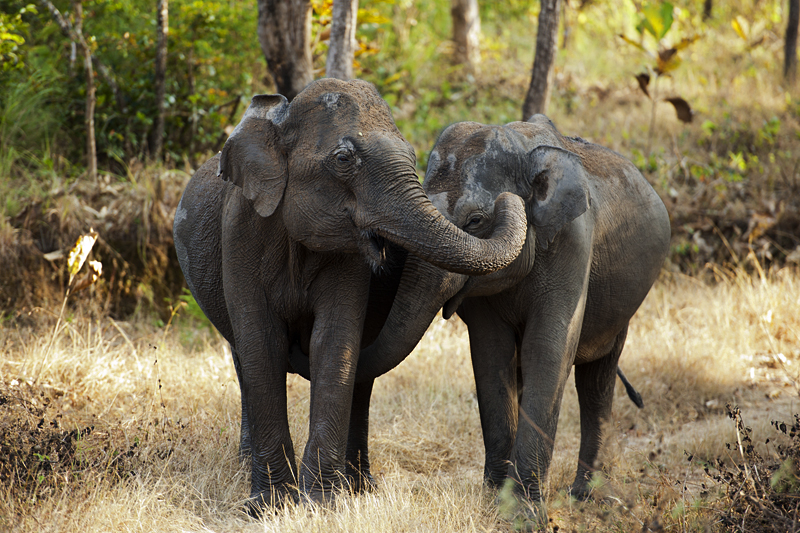