A day of Lion cubs in Maasai Mara 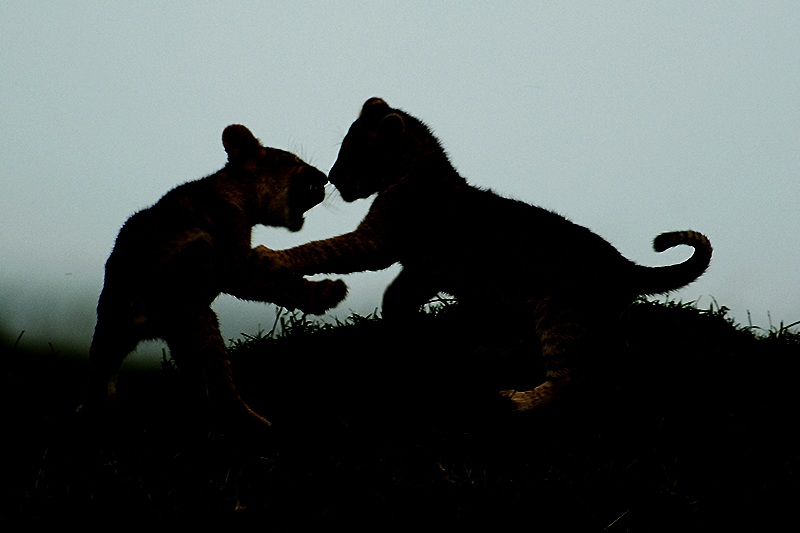 After the spectacular sighting of the Lions cub during the morning safari in Maasai Mara, we started the afternoon safari in overcast conditions. We had only ventured about a kilometer or so from the resort when our guide spotted a Lioness sitting at a short distance from the game track. At first it looked like a lone Lioness, but my guide was quick to point out that this pride did have a few cubs. So we parked by the roadside and waited. We didn’t have to wait long before a cub surfaced. 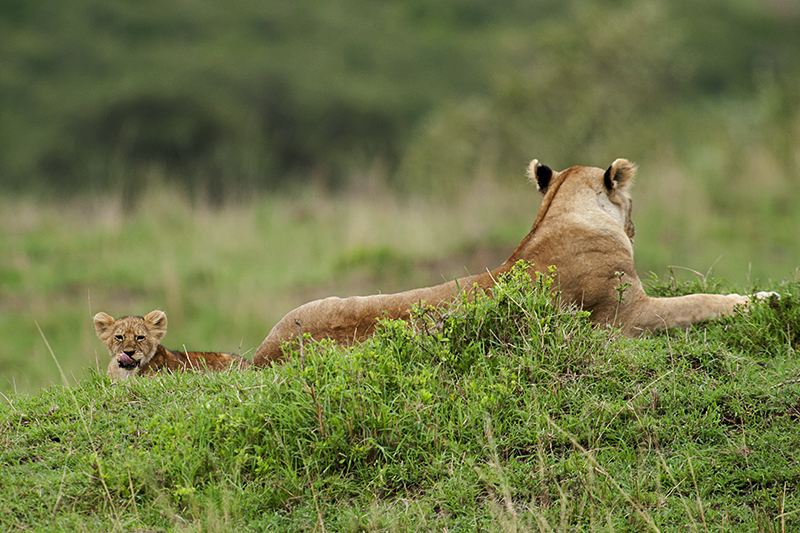 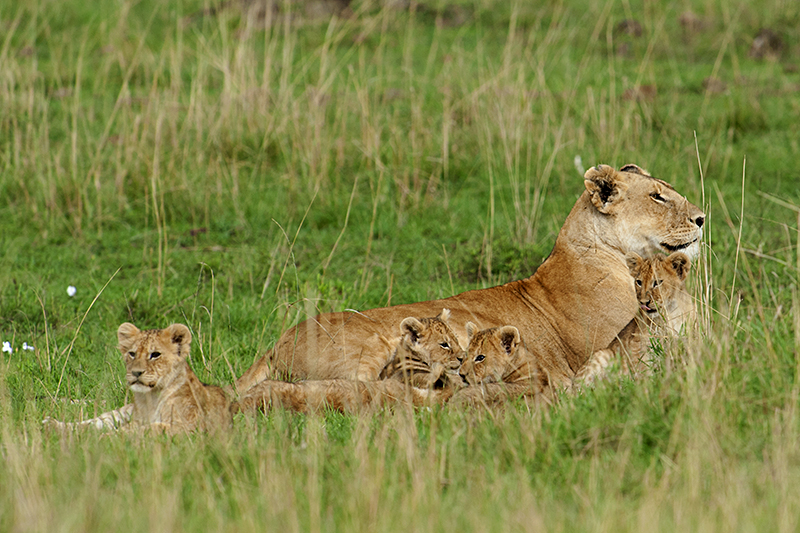 Soon one cub became two and before you know there were five cute cubs emerging from the tall grass. As the cubs got more comfortable with the lone tourist vehicle (ours), the Lioness too settled down. However, very soon a Lion roar broke the serene afternoon ambience. As the Lion who was at a distance persisted with its continuous roaring, the Lioness and the cubs got a little restless and were looking uneasily in the direction of the roaring Lion. 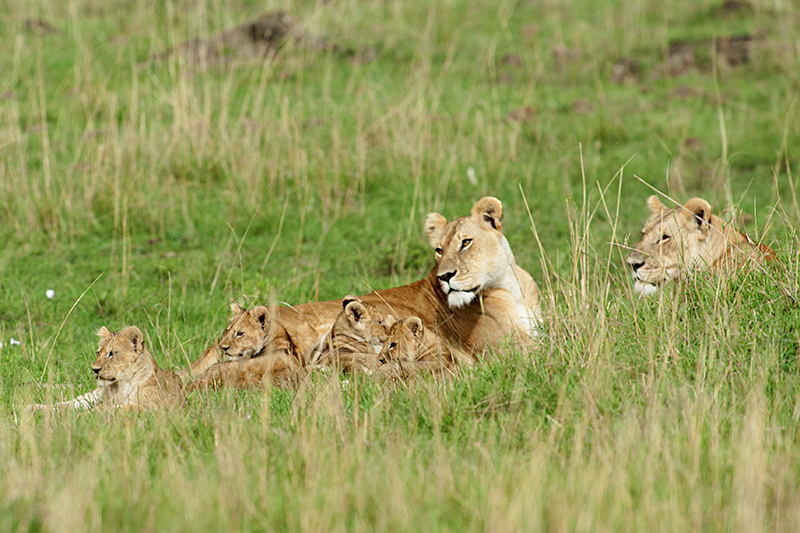 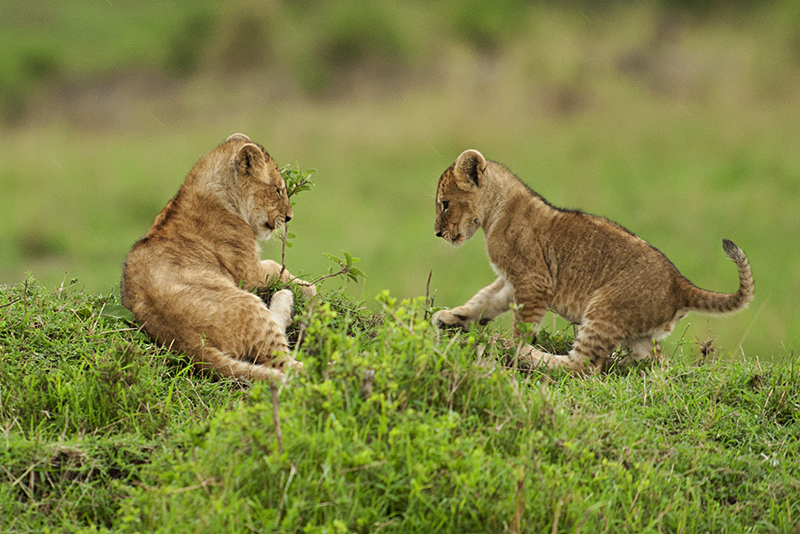 After sometime, the roaring Lion eased off and the cubs got really comfortable and starting playing amongst themselves. However, given that they were at some distance from the road, I barely managed to get some details. I was hoping that they would come a little closer. My wishes were soon granted and a couple of the cubs came up to a small mound not far away from the road and starting playing and I captured some of the action in these couple of images (above and below). At a point while playing, they both were at the top of the mound and I tried a silhouette composition that was good enough to make the feature image (first image) of this post. 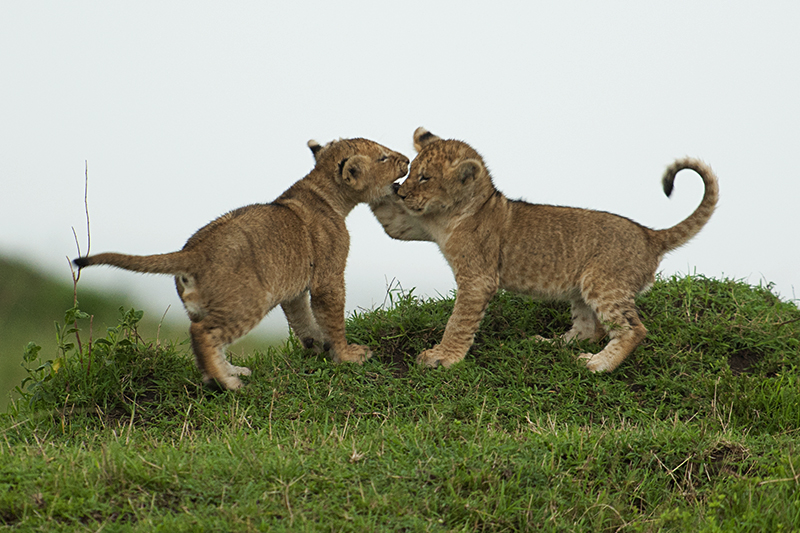