One evening we decided to go on the Safari route that takes us to the Wetlands of the Dudhwa National Park. The watch tower gives a panoramic view of the massive Wetlands of the park. We found that most of the bird species had perched themselves at the edge of the water. I positioned myself about five feet from the ground on the staircase of the watch tower to get an eye-level perspective.

In the short time we spent at the Wetlands, we spotted many species of birds: Cormorants, Egrets, Sandpipers, Ducks, Geese, Kingfishers to name a few. Given that the marshlands were spread across a large area and that the birds were perched further away from the watch tower closer to the waters edge, photography even with a 600mm was a challenge. As the distance between the watch tower and the waters edge was significant, to get a decent image, either the subject had to be large bird or smaller species had to come close to the watch tower. When I scanned the waters edge, I spotted a Lesser Adjutant stork, one of the endangered species of stork found in India. I took my chances and got the image below. 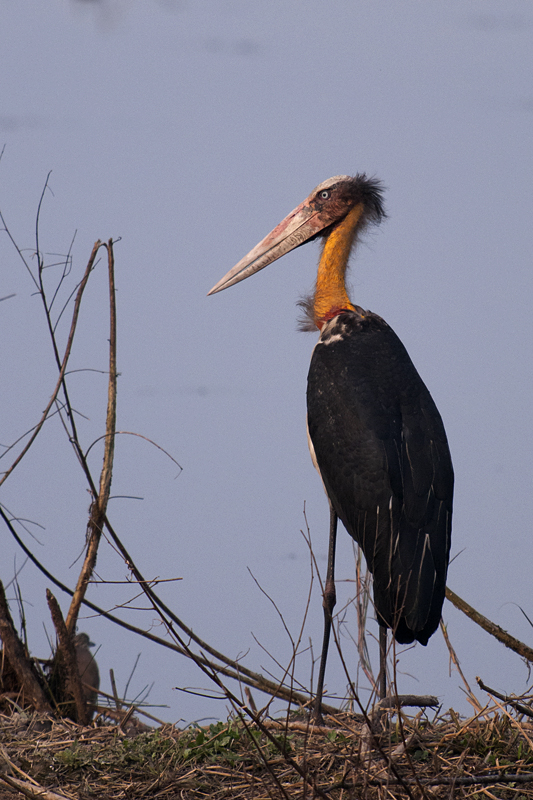 I realized that I did manage a decent image of this fella and when I looked around, I suddenly saw Lesser Adjutant Storks all over the marshlands. Some were perched motionless giving a composition for a perfect reflection like in the last image. A few others were flying across the Wetlands like the following image and finally there were some that were landing at prime fishing spots inviting the wrath of Cormorants and Egrets, who were waiting patiently to catch their supper. 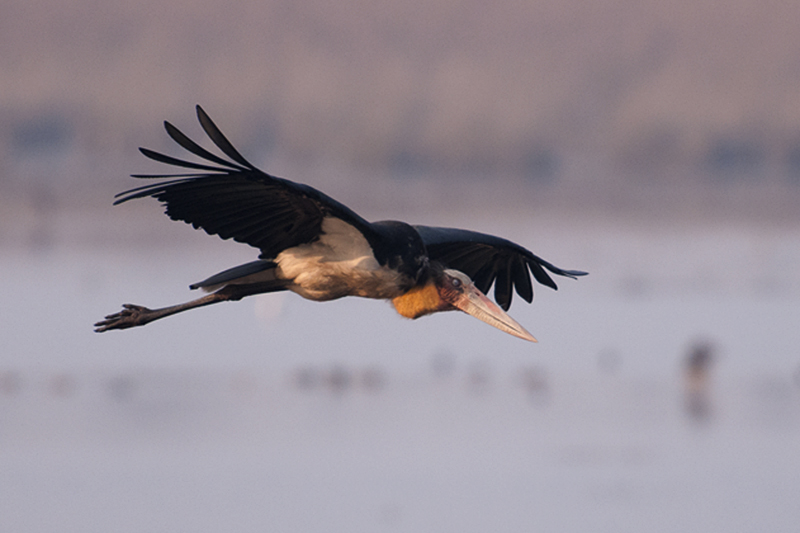 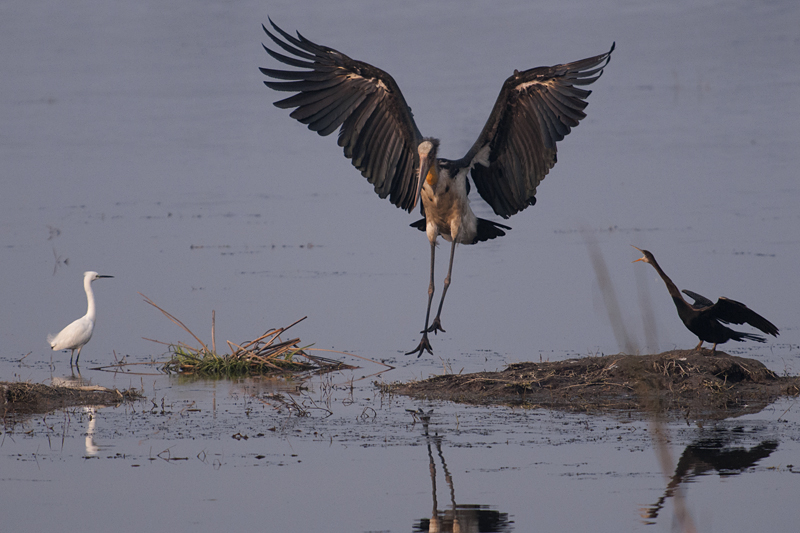 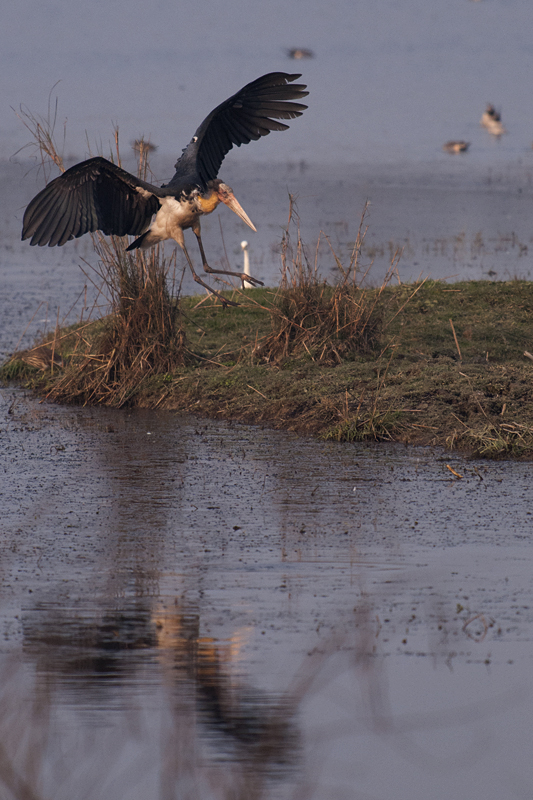 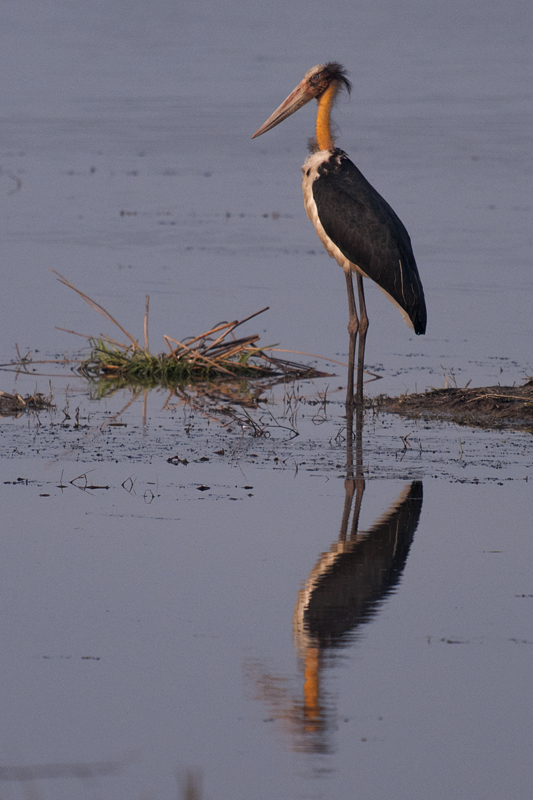