We were nearing the end of our maiden safari in the Ngorongoro Crater when we noticed a pride of Lions at a distance. On seeing two Lionesses and a Lion, we got very excited. All three of them were snoozing, though occasionally the male Lion would take a glance in our direction before deciding that we were harmless and go back to sleep again. It seemed that we would have a rather sober ending to our fantastic African safari, till we saw a bull Elephant emerge from the bushes at a distance from the Lions. 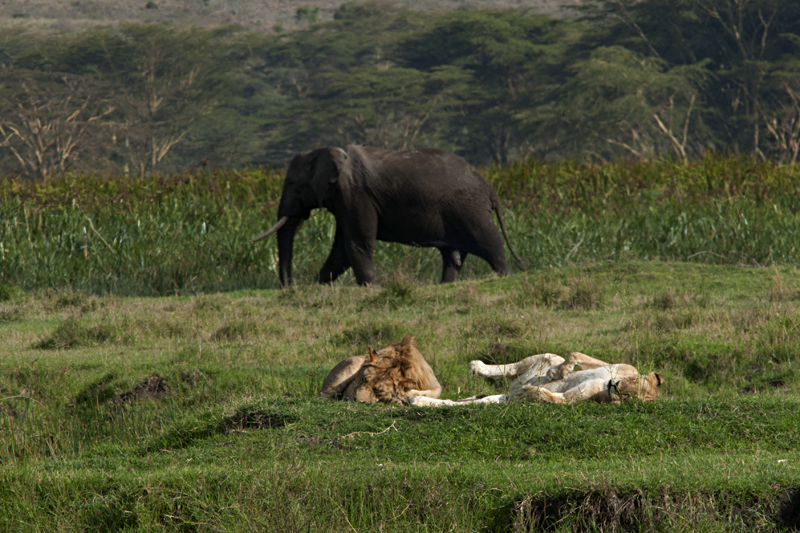 The Elephant seemed to have been cooling off at a waterhole behind the bushes. And after emerging from the bushes, it started walking in a direction parallel (above) to the sleeping Lions, but away from them. We were very pleased to get images of the Elephant and the Lions in the same frame. However, suddenly we saw the Elephant stop in its tracks, smelt the air (below) and turn towards the Lions. It started walking directly towards them, occasionally using its trunk to catch the scent of the sleeping Lions. 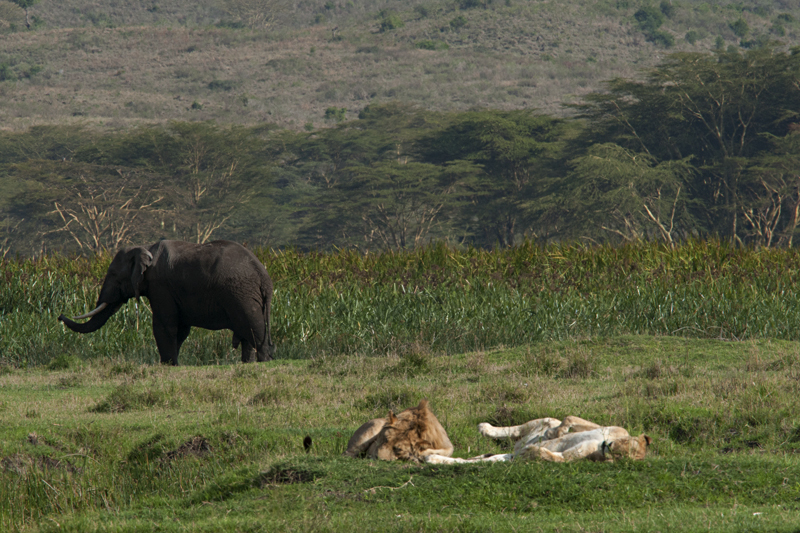 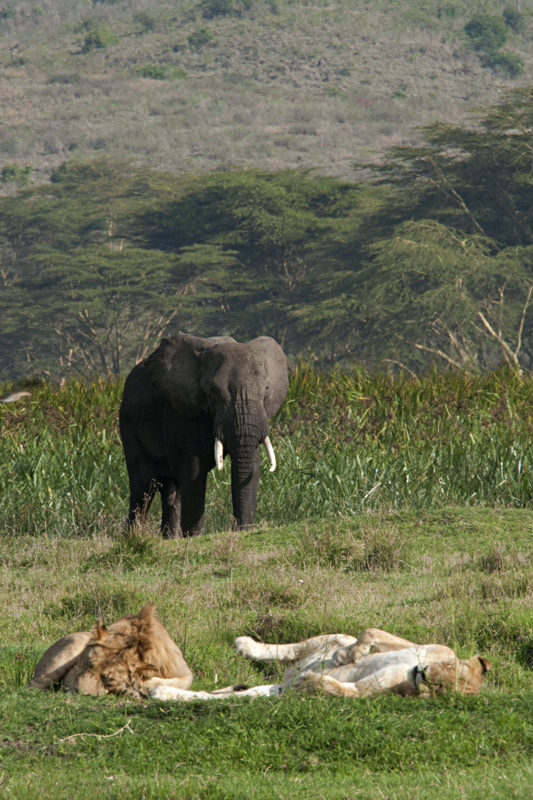 With every passing minute, the Elephant got closer to the sleeping Lions (above) and we waited, with pounding hearts, hoping to see a confrontation break out between the two ‘Big Five’ giants. Alas, it was not to be. The Elephant stopped abruptly in its tracks and changed its direction once again and walked away from the Lions. And all through the incident, the Lions barely lifted their head up (below) to see the approaching Elephant. 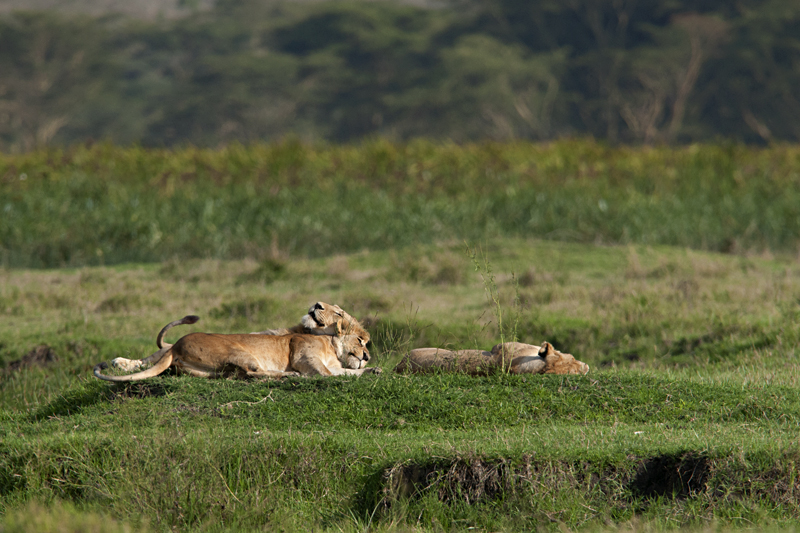