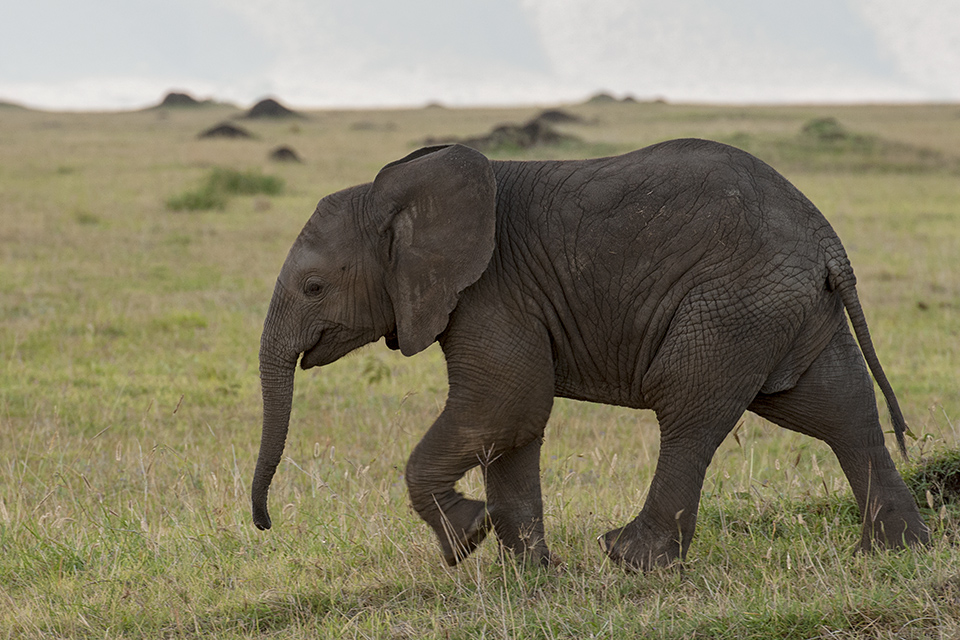 African Elephant herds are widespread residents of Maasai Mara. However, they are not as common as they are in Amboseli National Park. On this safari, we spotted a mother with its calf at a distance. Once the two came close to us, the mother Elephant paused for a few moments to assess if we were a threat or not. Once she was convinced we were no threat, she let her guard down and we could get full frame compositions of the calf. 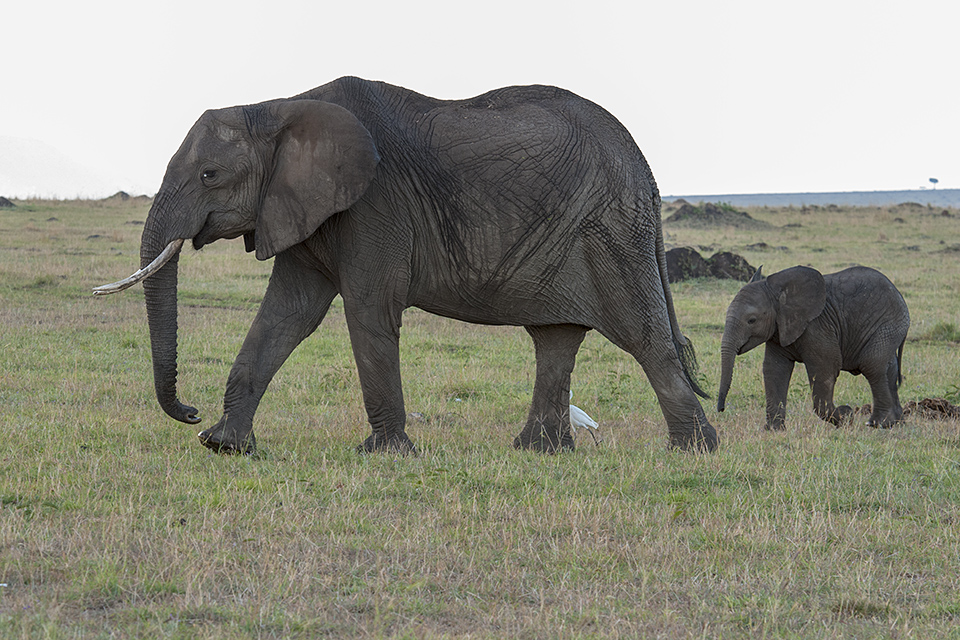 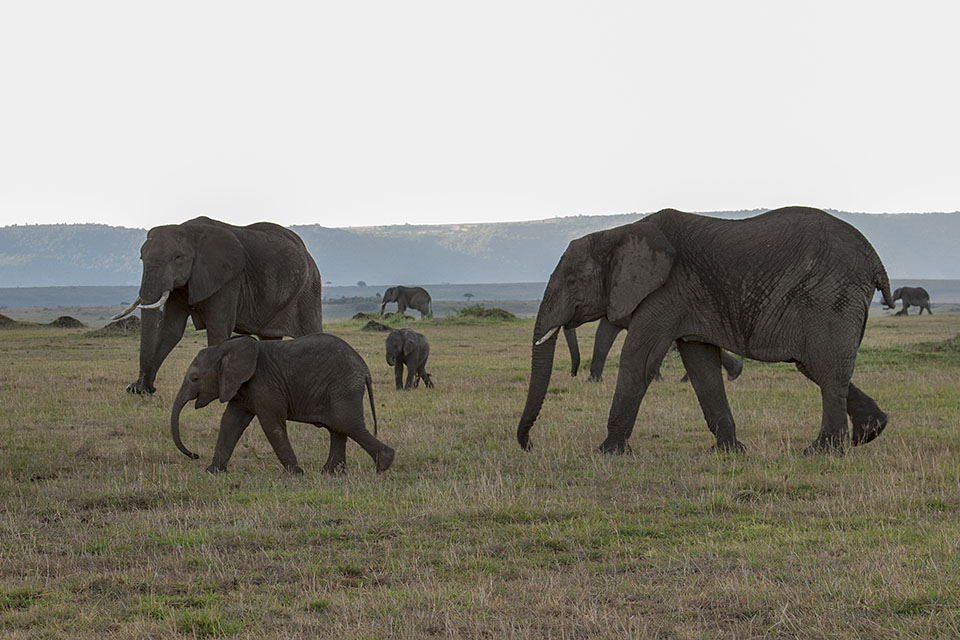 On the other hand, once the calf lost interest in us, it quickly walked away to meet other members of the herd. Soon it was clear that she liked the company of her herd and briskly walked away to hold another Elephant’s tail. 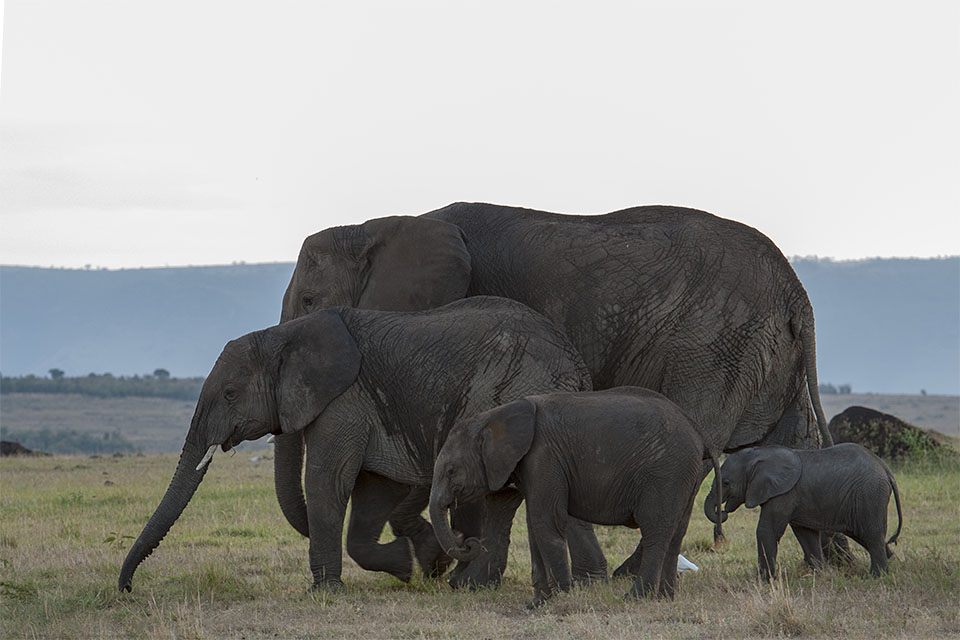 We switched our attention to the sentry of the Maasai Mara Savannah, the Topi. This one was standing on a Termite mound scanning the horizon for threat of predators. 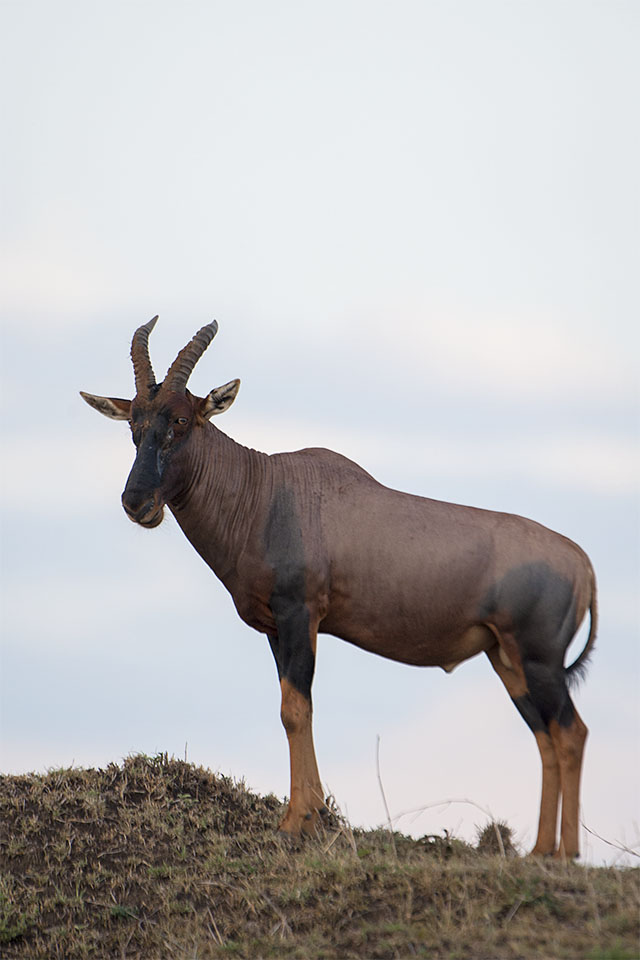 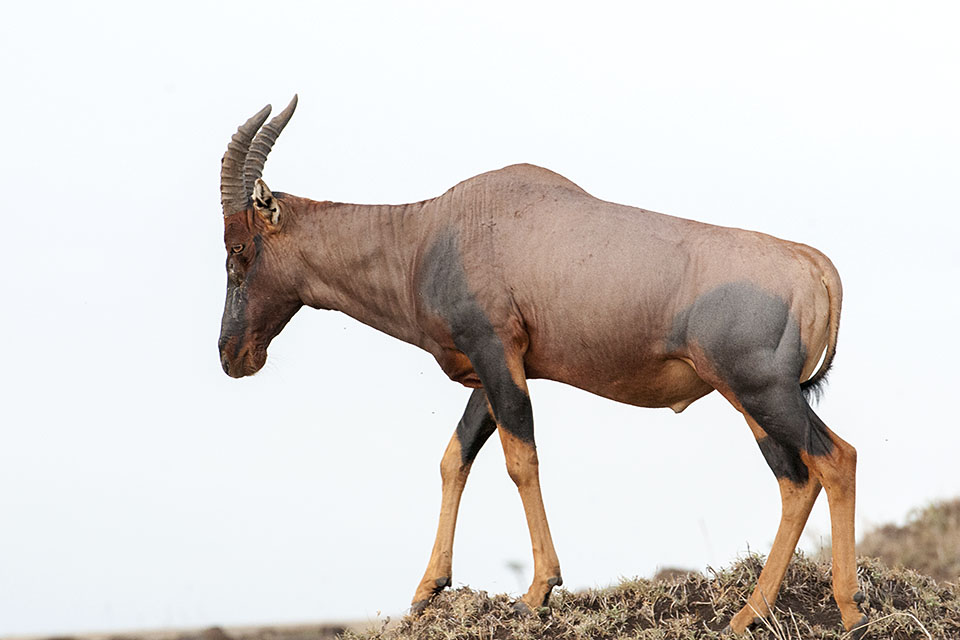 We reached close to the Topi and almost simultaneously it started to get off the Termite mound because he was sure the neighbourhood was free of any predators. We quickly got this picture of him before he walked away from our vehicle.