African Lion feasting on an Elephant in Maasai Mara – Part 1 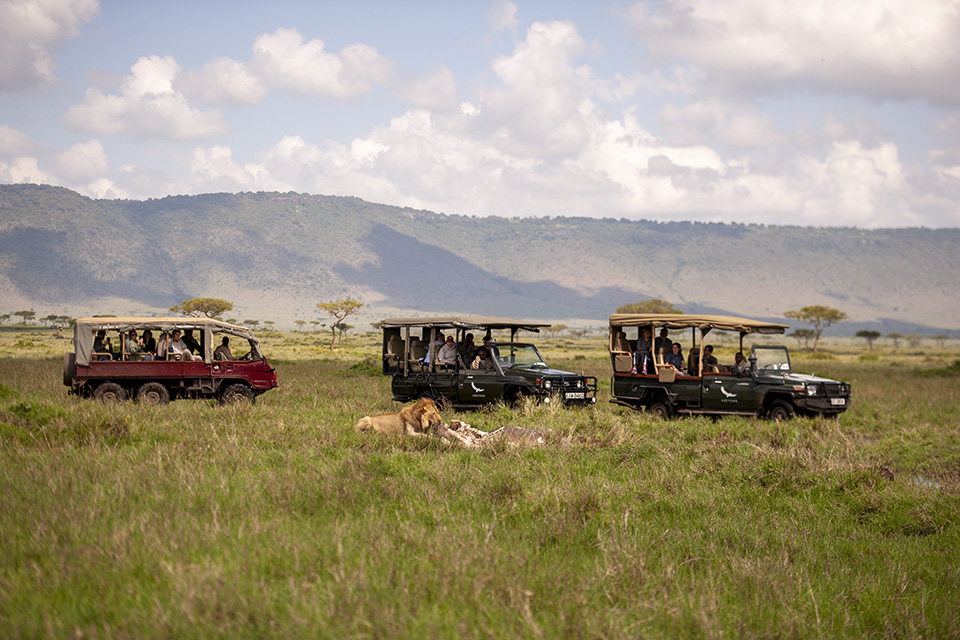 During one of our safaris in Maasai Mara, we saw an Elephant herd jostling for space on a rock! And guess why were they jostling – it was to scratch their undersides!

When we stopped to take a closer look at them, the Elephants too stopped, to check what we were upto. When they realised that we were of no threat to them, they went back to taking turns to scratch their underside on a rock. It looked the perfect sized rock for these juvenile giants.

We heard over the radio that not far from where we were, there was an African Lion feasting on an Elephant carcass. We rushed to the location and there he was. A big African Lion feasting on an Elephant carcass. He was in the middle of swampy land and there were already three vehicles near him. We had to wait our turn just so that we did not get stuck in the swamp. I didn’t want to waste any photo opportunity and kept photographing.