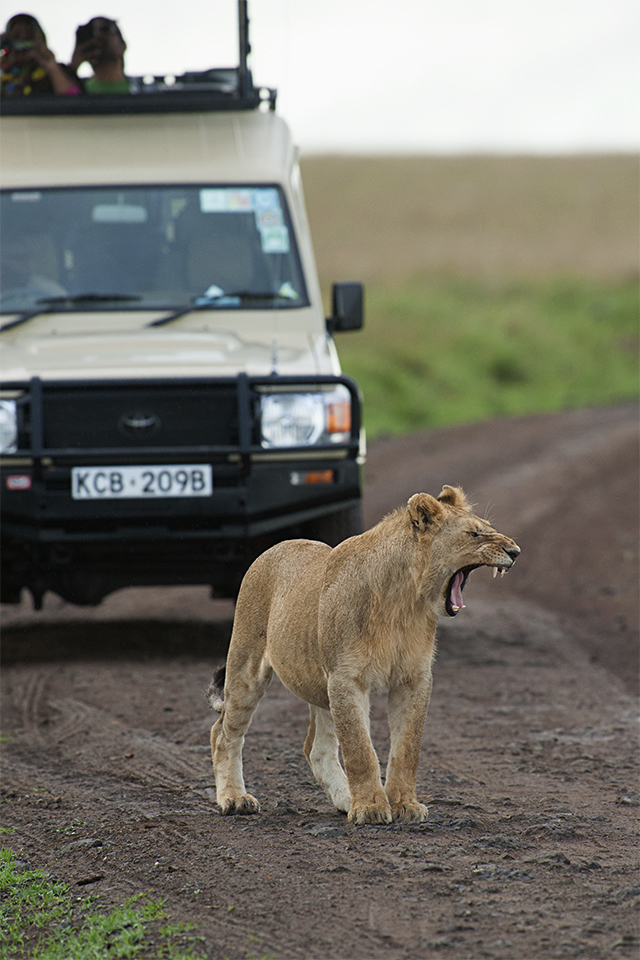 After the amazing sighting of the Black-backed Jackals, we headed in the direction of the area where we had spotted the trio of African Lions. Thats when we saw a vehicle parked by the side of the road. It was clear that they were watching something. As we got closer we spotted a Lioness at a Wildebeest kill not far away on the left side of the road. And on the right side of the road we saw a lone Hyena intently looking at the Lioness. 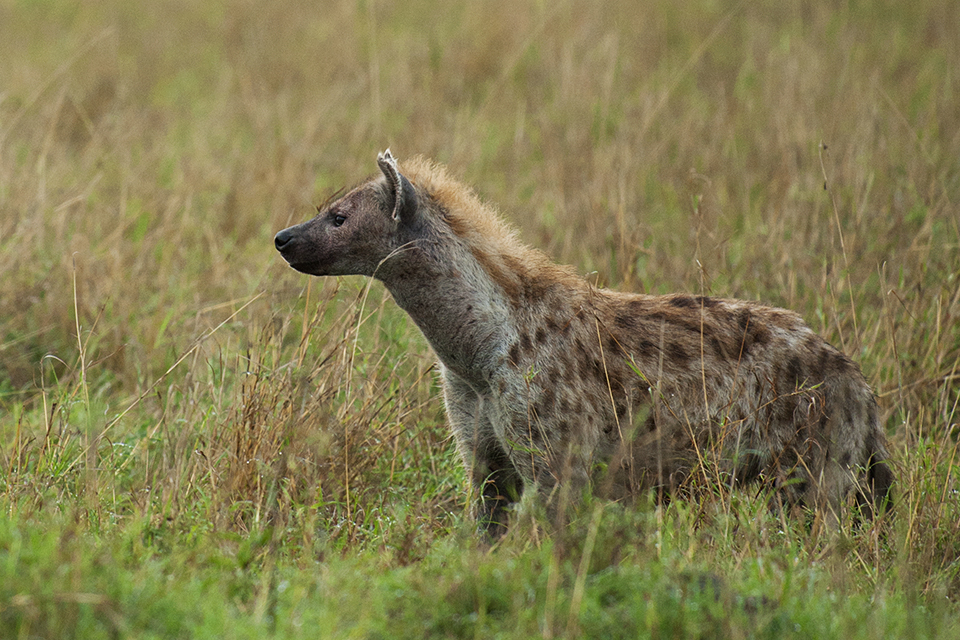 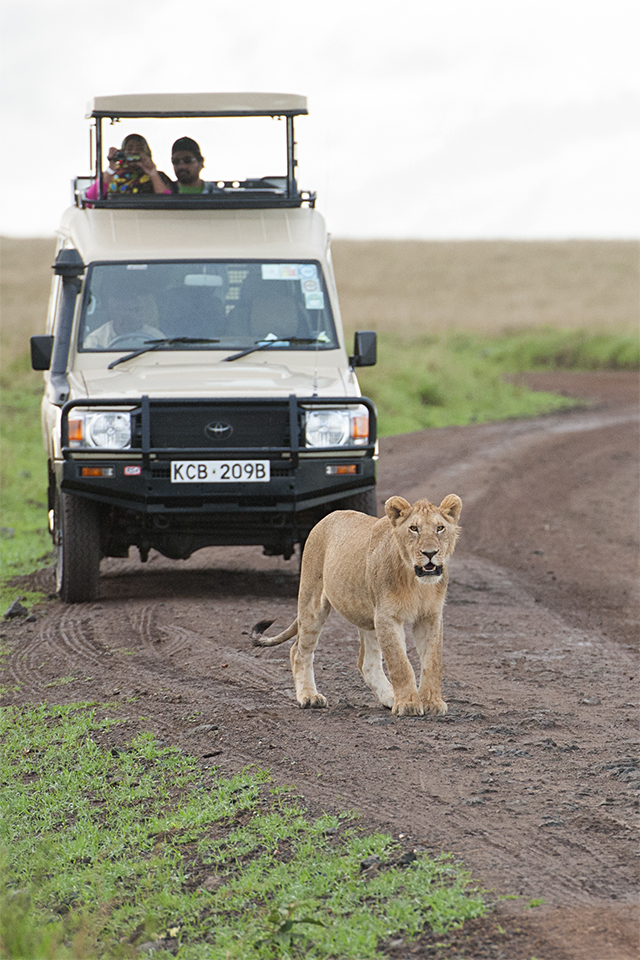 We then noticed that there were two Lionesses and one of them had enough of the Hyena and came right onto the middle of the road, between the parked vehicles to chase away the Hyena. The Hyena retreated a bit into the tall grass and then another one appeared from nowhere. It was nice to see both of them interact and it was clear that the first Hyena was the Matriarch of this pack. 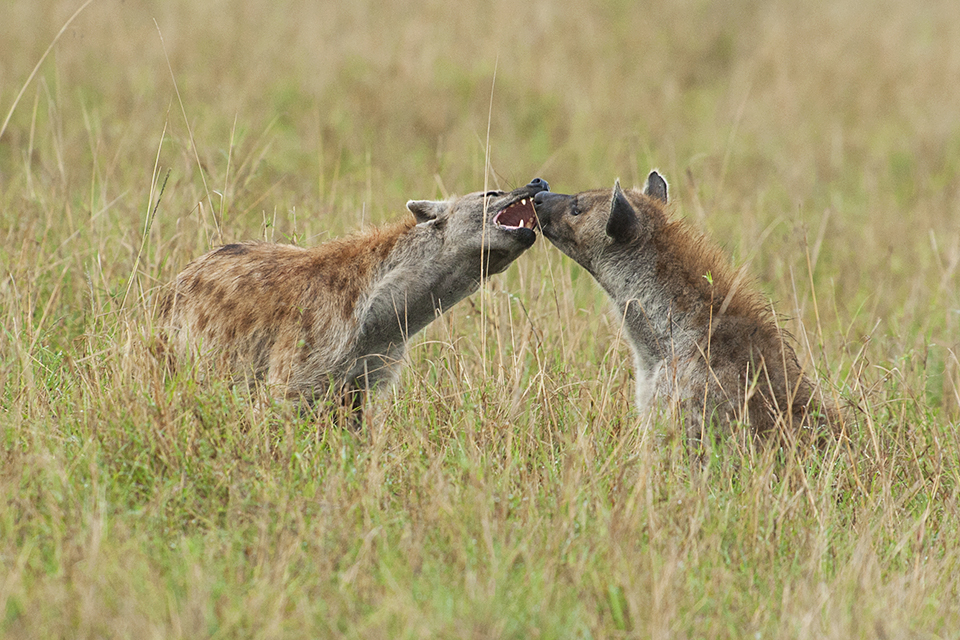 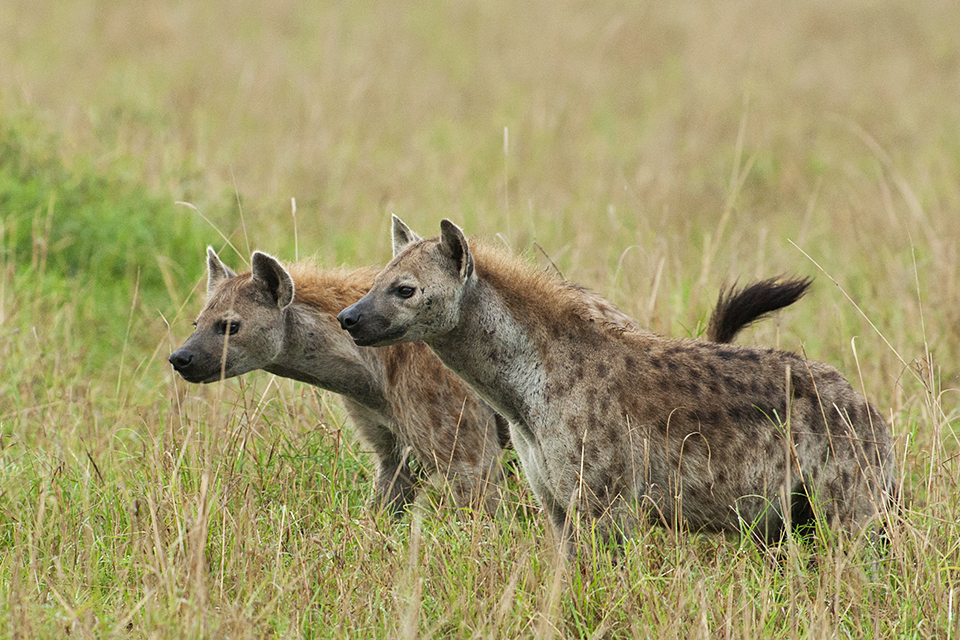 Once the Hyenas regrouped they glared at the Lionesses and it was clear they wanted a share of the Wildebeest kill and were ready to put up a fight. But the Lioness held its ground at the middle of the road and the standoff was over in moments. The Hyenas retracted into the grass and the Lioness went back to its well deserved meal. 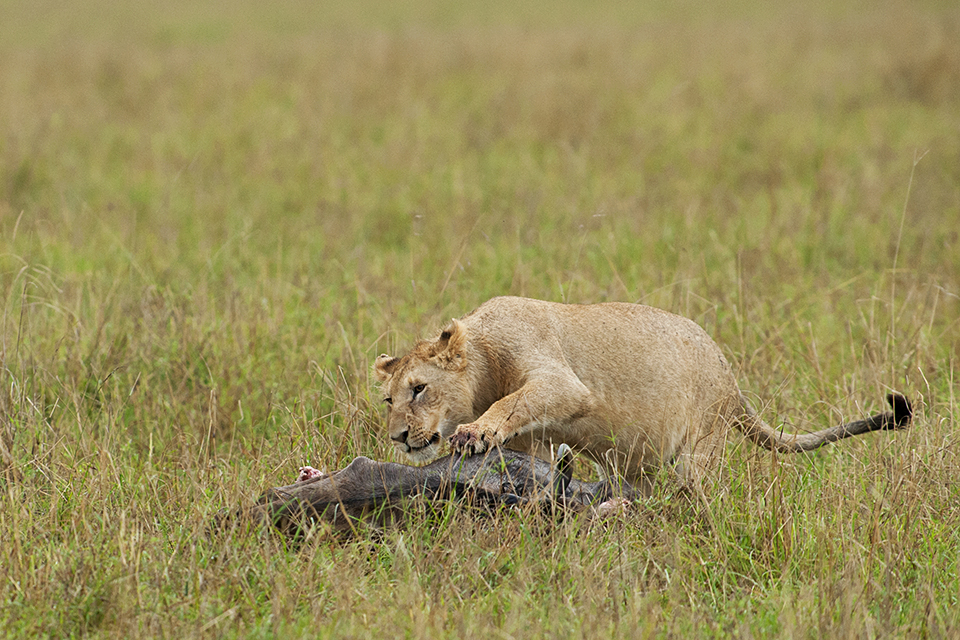 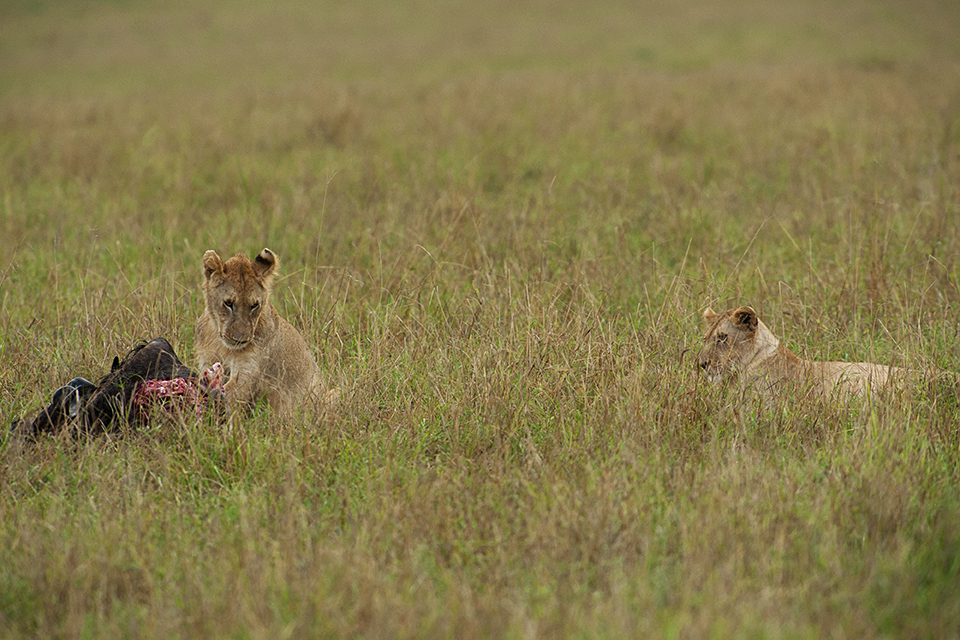