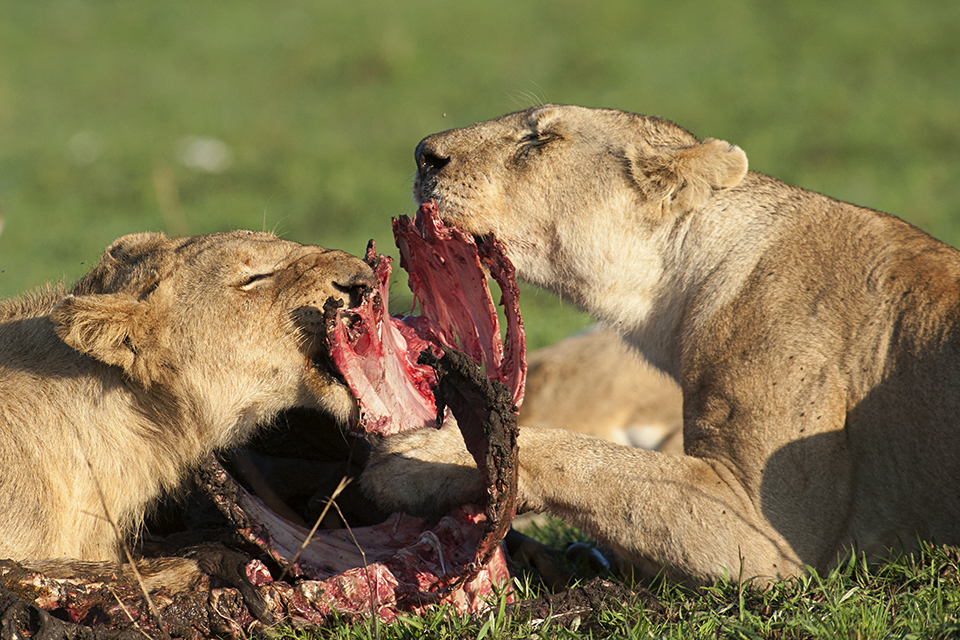 We were very fortunate to have spot the sleeping Lion pride at Maasai Mara during one of our morning safaris. The next morning we saw the same pride at a Wildebeest and what an awesome sighting it was. Those lazy Lions were at the height of their ferocity as they gorged the Wildebeest that was probably killed earlier around dawn. We first saw the Lion pride at a distance and I captured the scene using the 70-200mm f2.8 lens mounted on the D300. 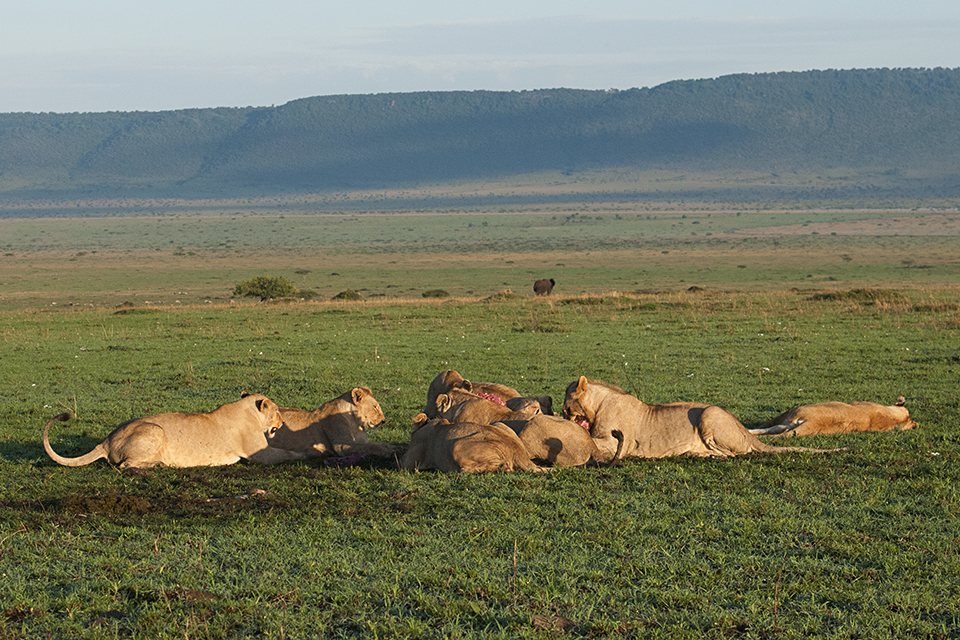 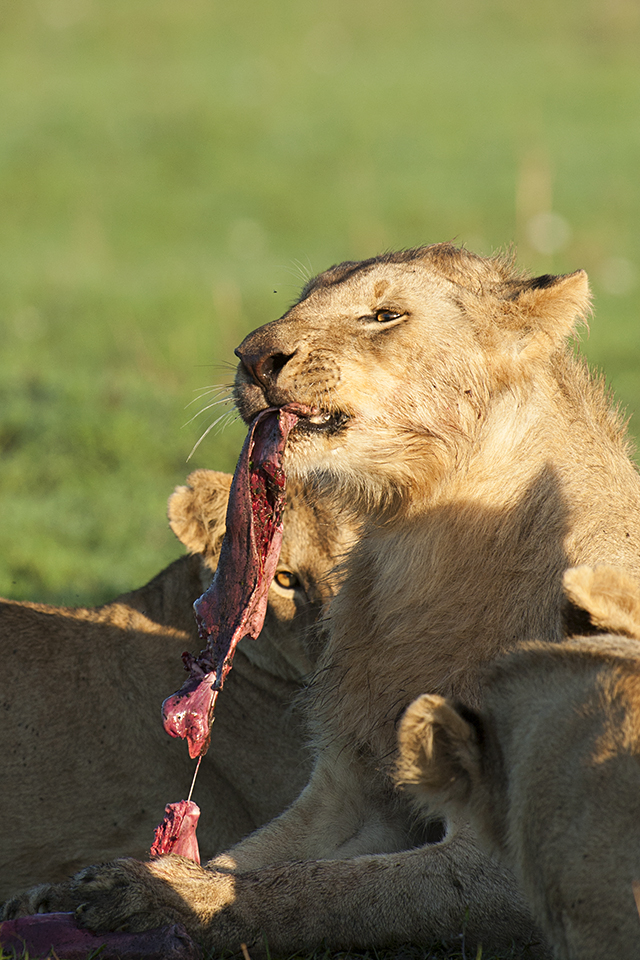 I then switched to the D700 with the 300mm f2.8 lens with the 2x TC, to zooms into the scene. The Lions had almost finished off the Wildebeest, however we still managed to get some amazing pictures of the Lion pride. 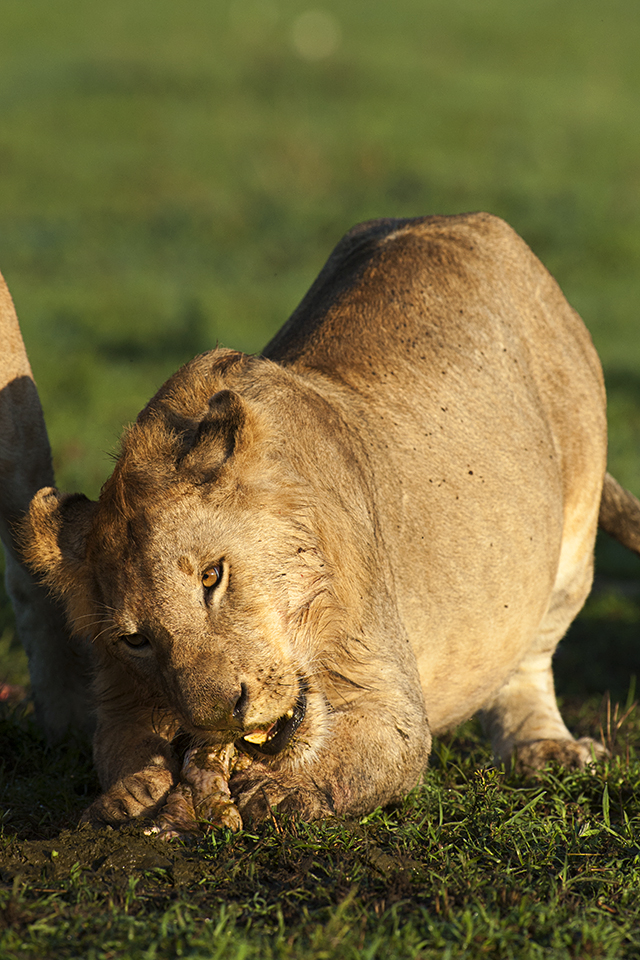 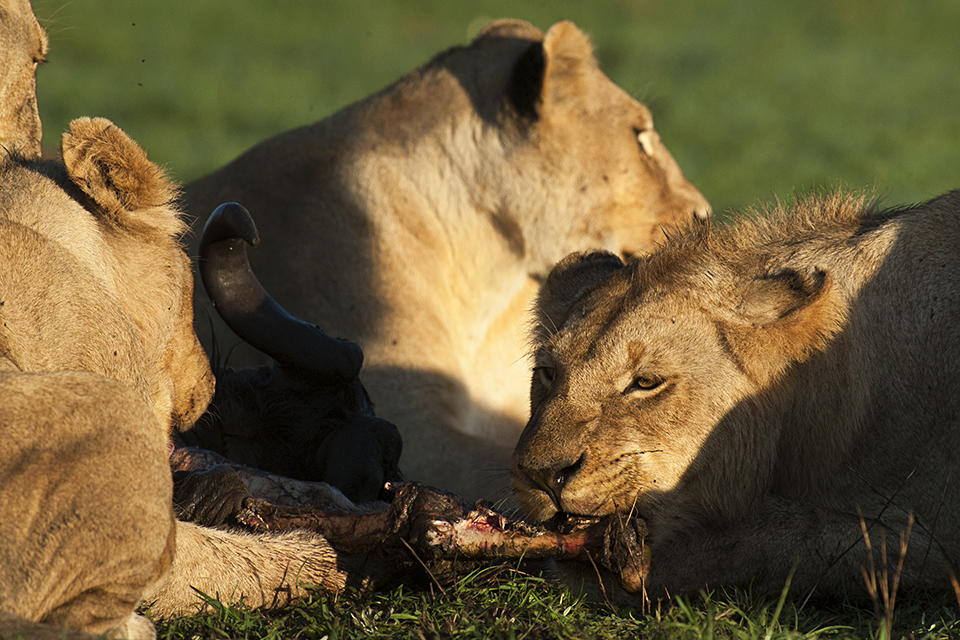 The Lion pride were stripping the bones of every single shred of flesh and it was a gut wrenching sight to watch. But this is the reality of raw nature. 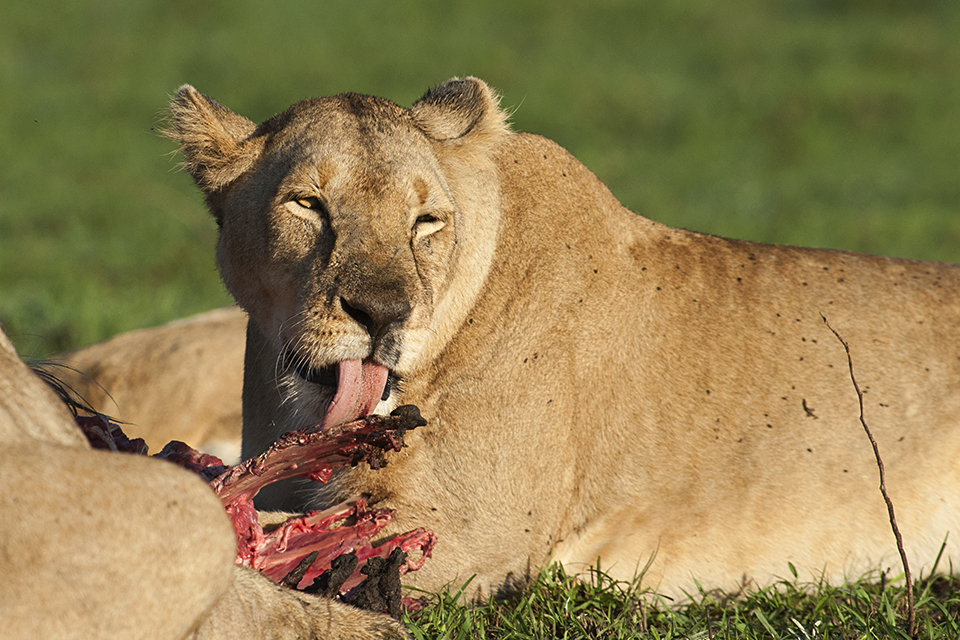