We were more that happy with the sighting of the Lioness when she decided to get off the road and move into the tall grass. However moments later, the Lioness emerged near a tree and was anxiously looking at something; perhaps she spotted another member of the pride at a distance. Satisfied that whatever she had spotted was no threat, she trudged through the tall grass with the playful cubs right behind her. 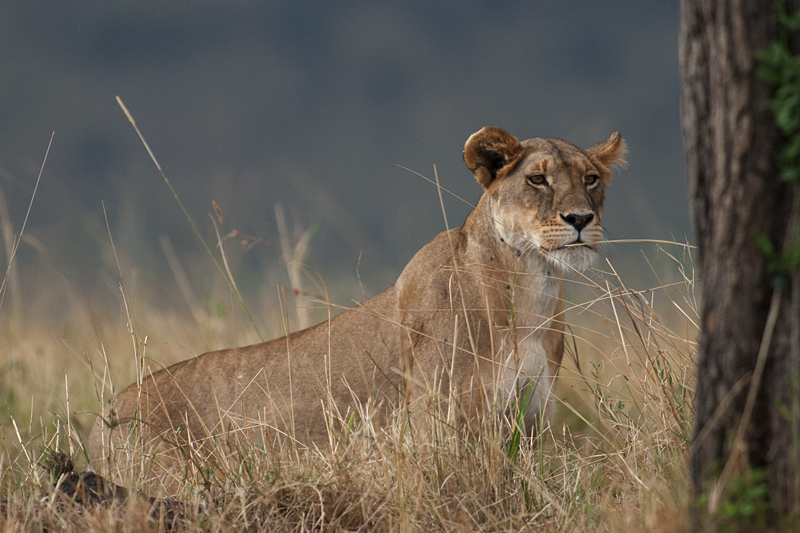 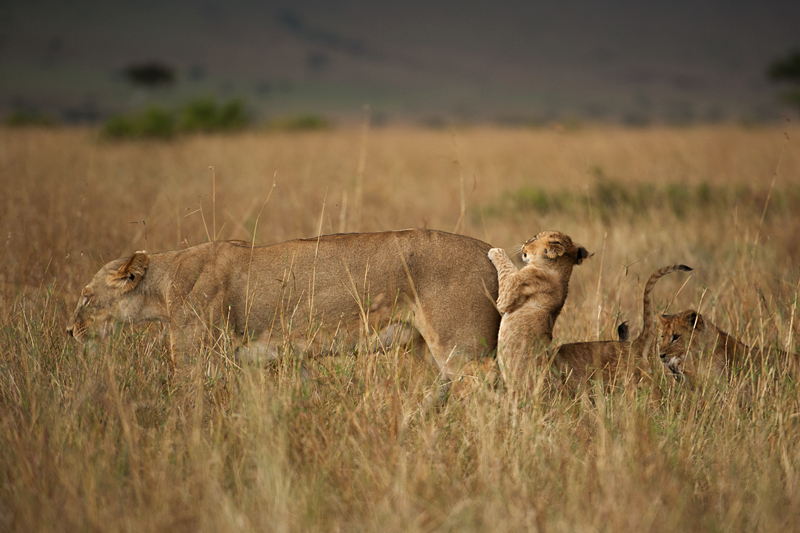 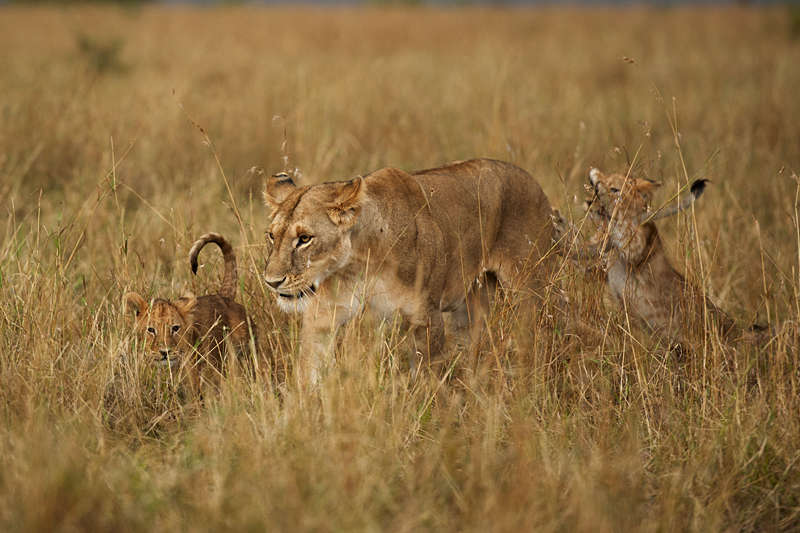 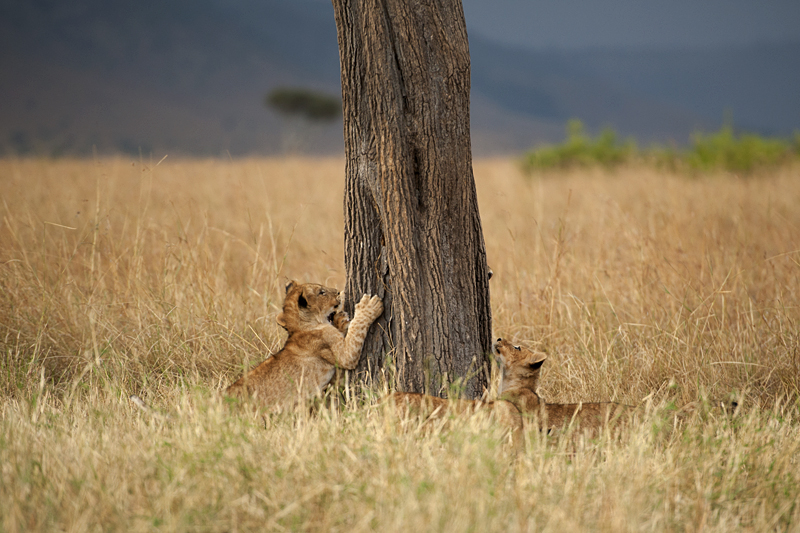 The cubs were playful all along. Sometimes they would play amongst themselves, but most of the time with the mother. It was clear that the cubs were getting tired trying to keep up with the mother in the tall grass. A little ahead the Lioness found another tree along the way and this time she settled down at the base of the tree presumably to wait for the rest of the pride. The cubs took a liking to the trunk of this tree and started playing around. We decided it was time to leave the mother and cubs alone and decided to head back. As we turned around to head back, we saw this lone African Elephant bull walking past. 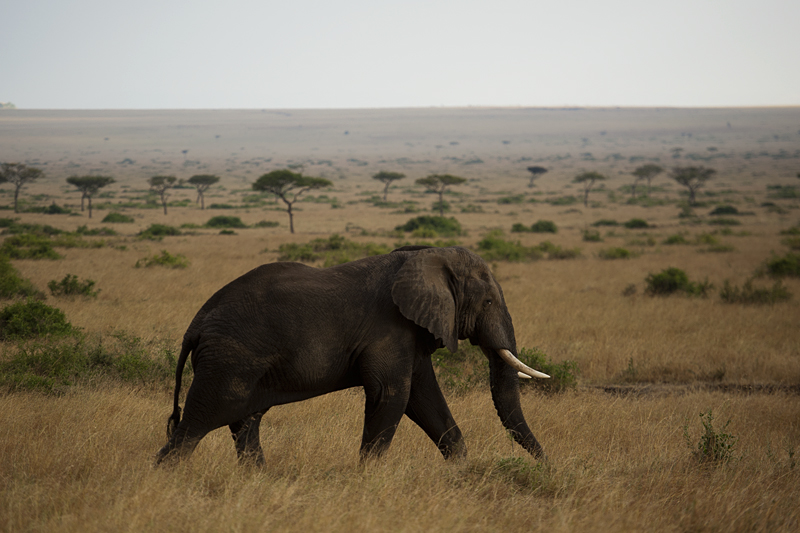 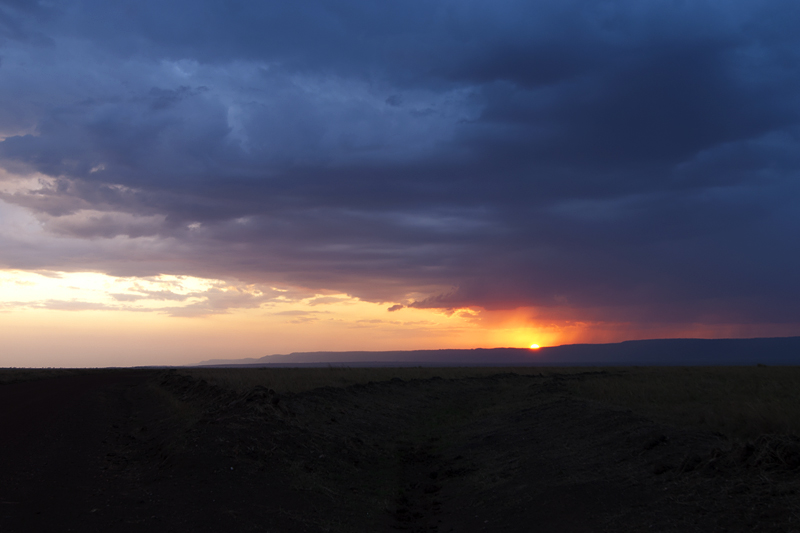 As the sun set against the backdrop of a cloudy sky, we headed to Mara Serena, happy with the day’s safari experience in Masai Mara Reserve.