African Lions at a kill in Serengeti 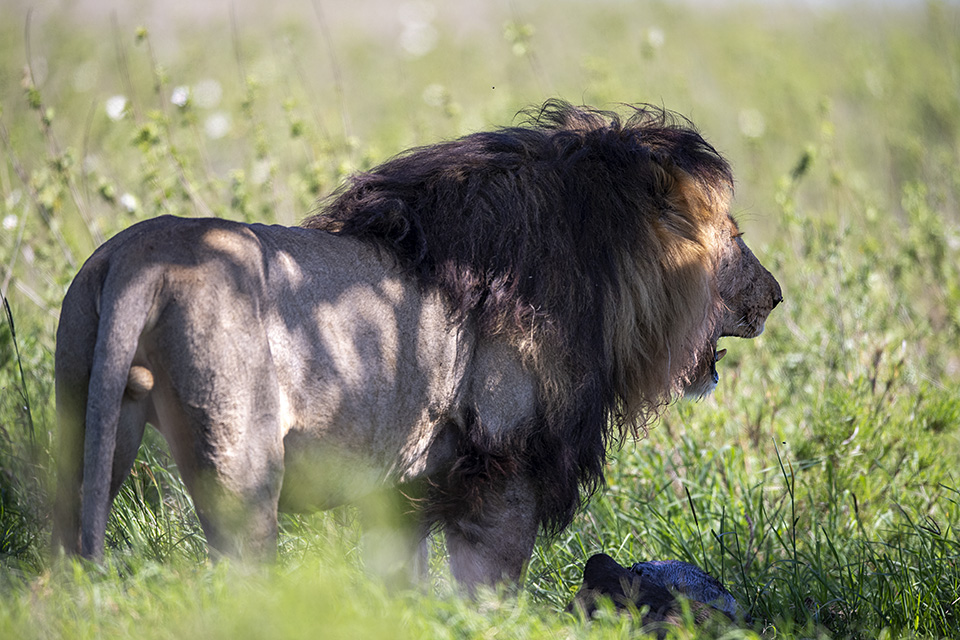 On this safari in the Serengeti National Park, there was some chatter coming over the wireless and Eric, our guide and driver, pointed out that a herd of African Lions were seen, not far away from where we were. We decided to check them out. When we reached the location, we saw a couple of Lions and whatever was left of the kill.

We were left wondering where the rest of the pride was and soon they surfaced one by one from the tall grass. It is incredible how the tall grass in the African Savannah can hide a sleeping Lion or Lion pride in this case. As each of the pride members inched closer to the remains of the kill, one of the huge male Lions hurried towards the kill indicating to the other that he was in no mood to share it with them.

It was also evident that these Lions had already had their fill of the carcass and this shuffle over the remains was just to save it for a later time. And the dominant Lion made only a half hearted attempt since he soon feel asleep, making a mockery of his attempts to keep the kill to himself. Fortunately for him, his brother kept watch while he slept.