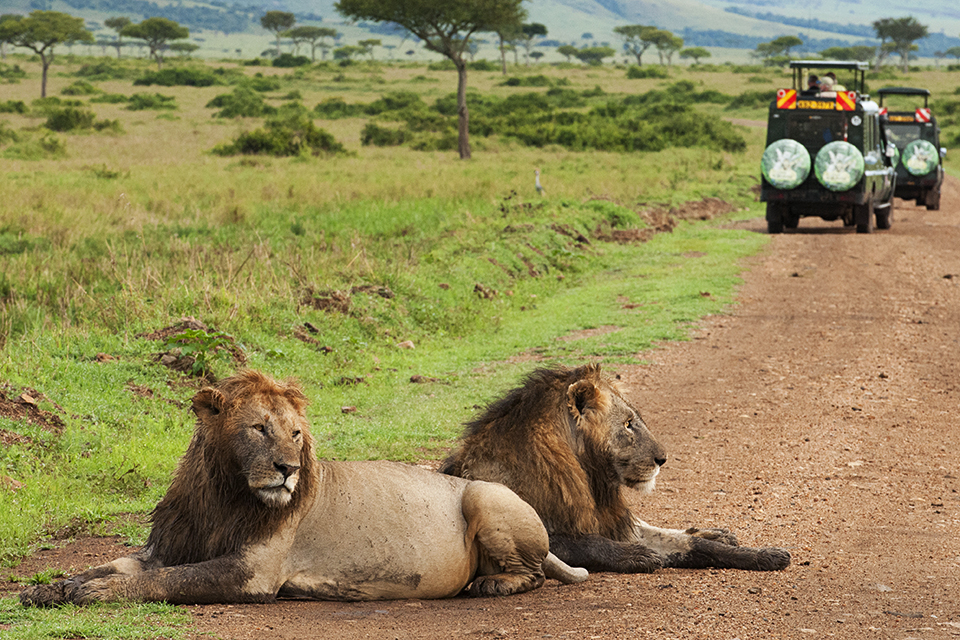 We came to the area where we had spotted the African Lion trio the previous day during one of our safari’s in Maasai Mara and we didn’t have to search for them at all. They were relaxing right in the middle of the road. Their full stomach and drenched body was a clear giveaway that they had been devouring the African Elephant carcass all night even during the rains. 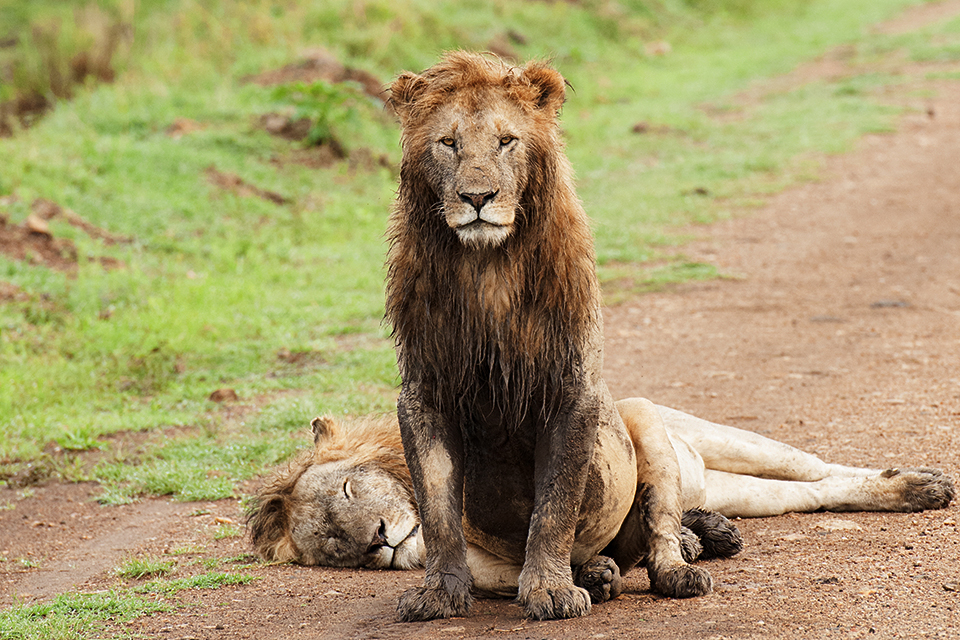 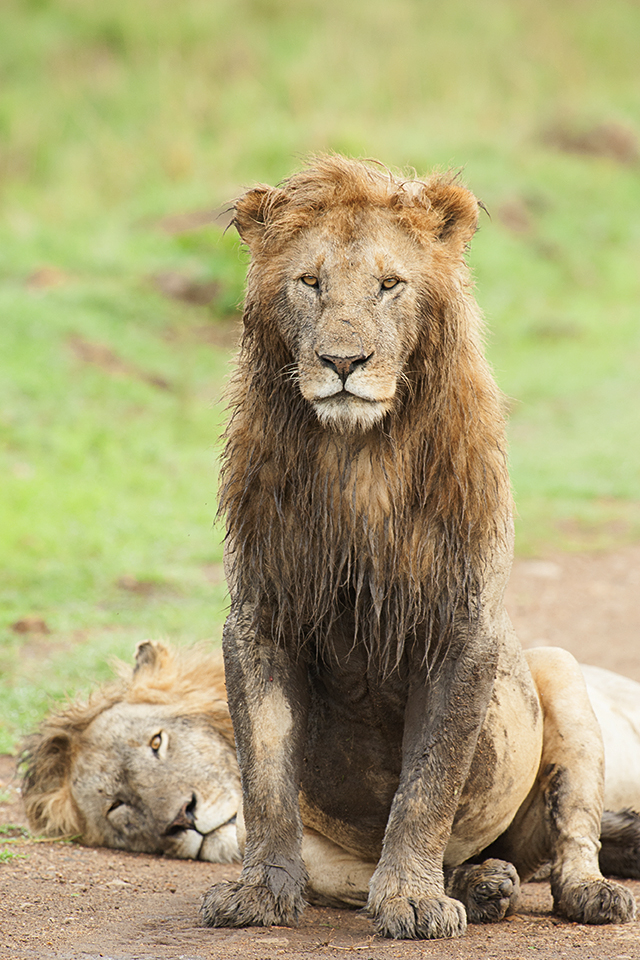 I switched over to the D700, 300mm f2.8 lens with 2x TC and got a closeup of these relaxing African Lions.  After a while, both the Lions sat up making for a portrait. And against the backdrop of the vehicles, it was a truly lovely image which I made into the feature image (first image) of this post. 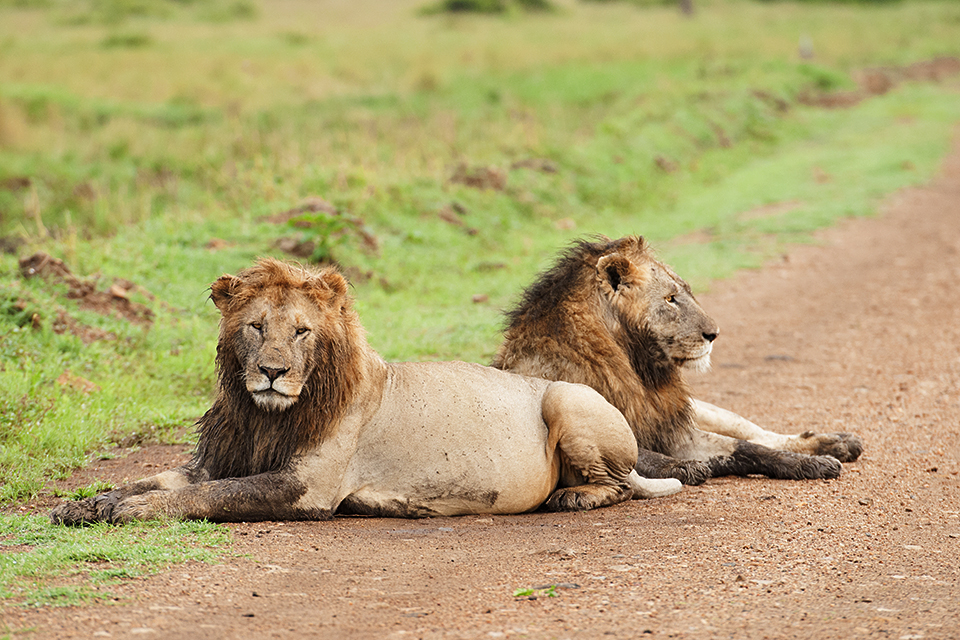 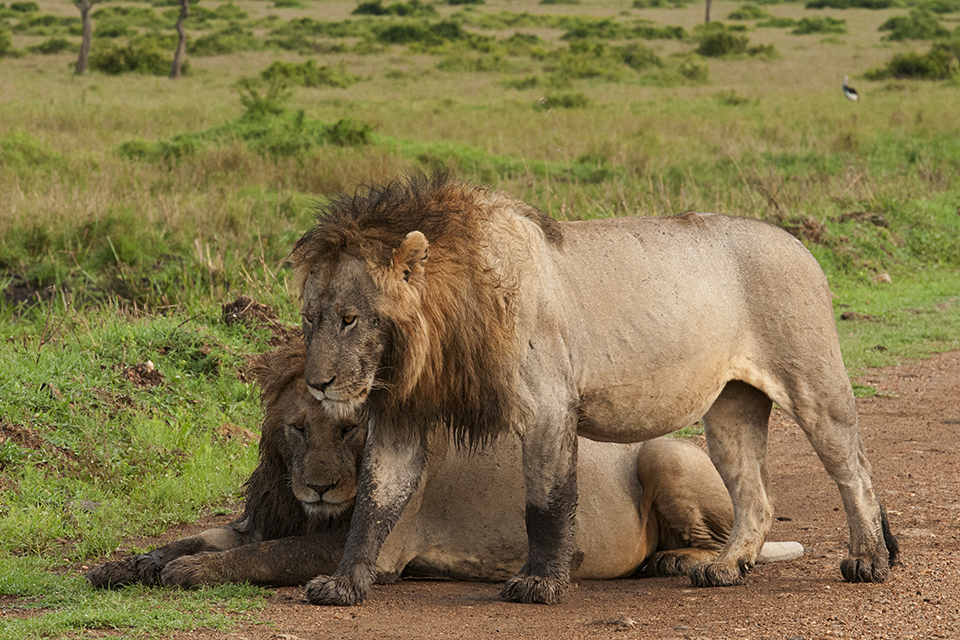 Then one of the Lions got up and came closer to us. We thought he might be walking away but instead he plonked himself right in front of our vehicle and went back to sleep. It was an amazing feeling watching these Lions at arm’s length. 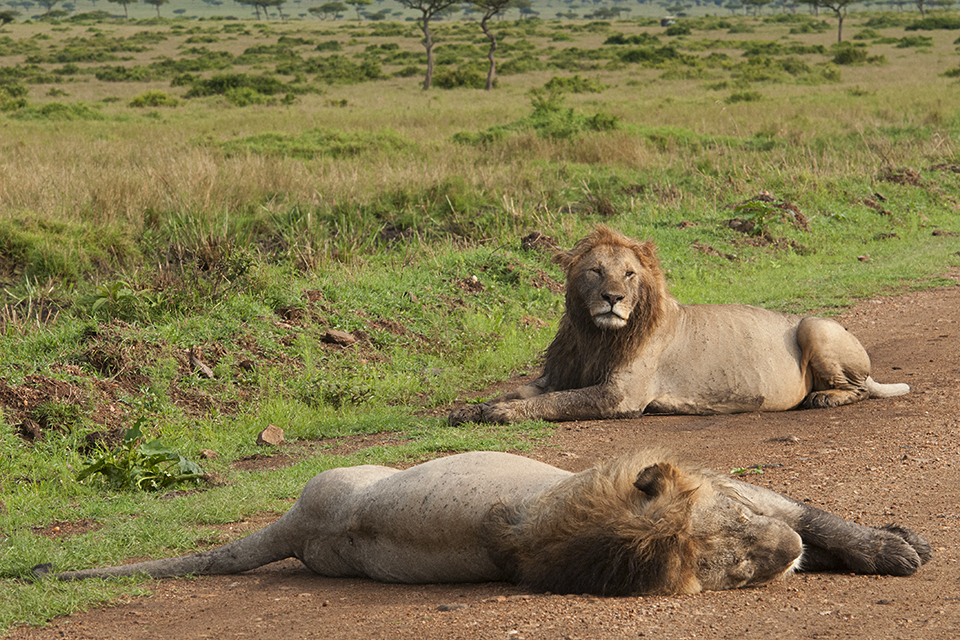 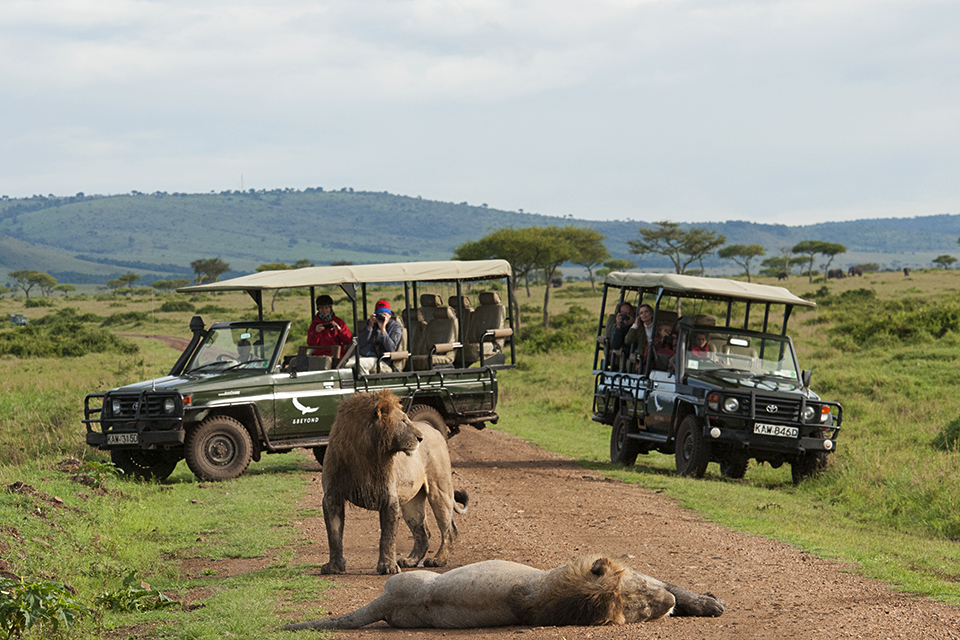 As the morning sun got warmed, the other Lion got up and walked onto the grass by the side of the road and settled under the shade of a nearby shrub. Soon one of the other two Lions got up to check the whereabouts of his sibling. 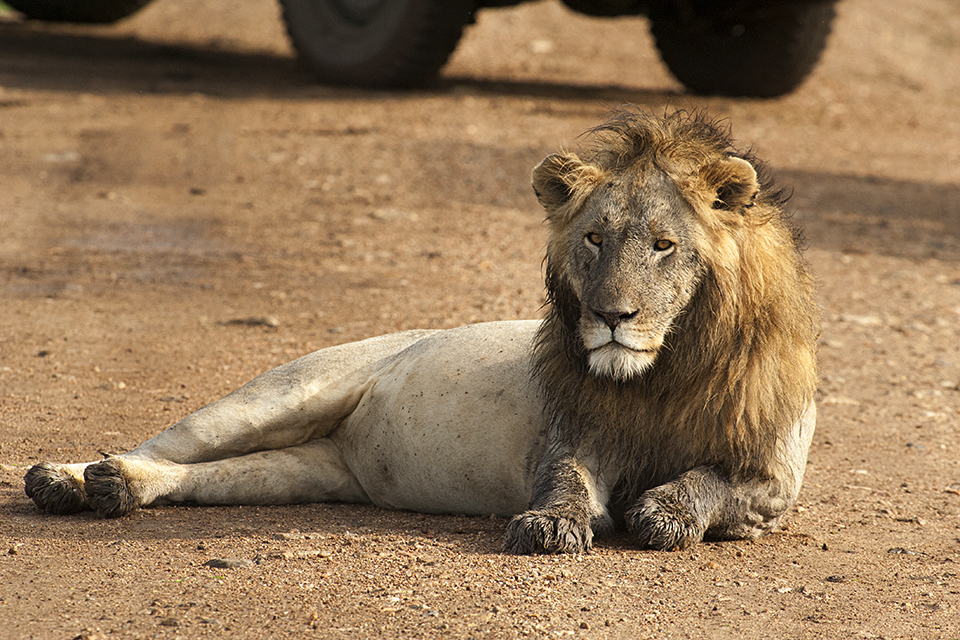 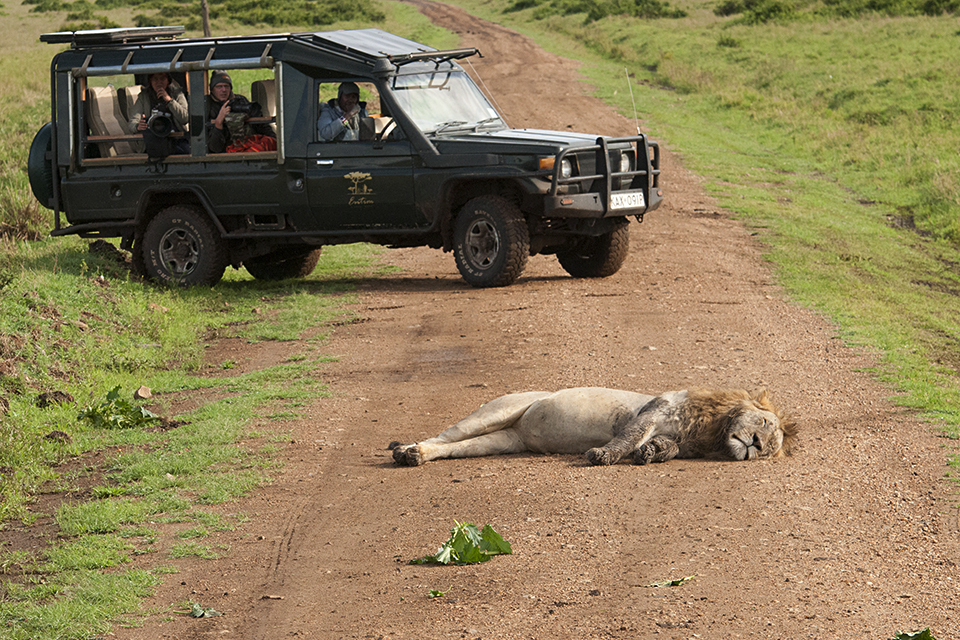 Once he realized that he hadn’t gone too far away, he went back to sleeping. The other Lion was now quietly relaxing by the side of the road almost next to our vehicle.  We composed him in a tight closeup before heading back to the lodge. It was an incredible sight to see these Lions sleeping undisturbed in the middle of the road completely blocking the traffic. 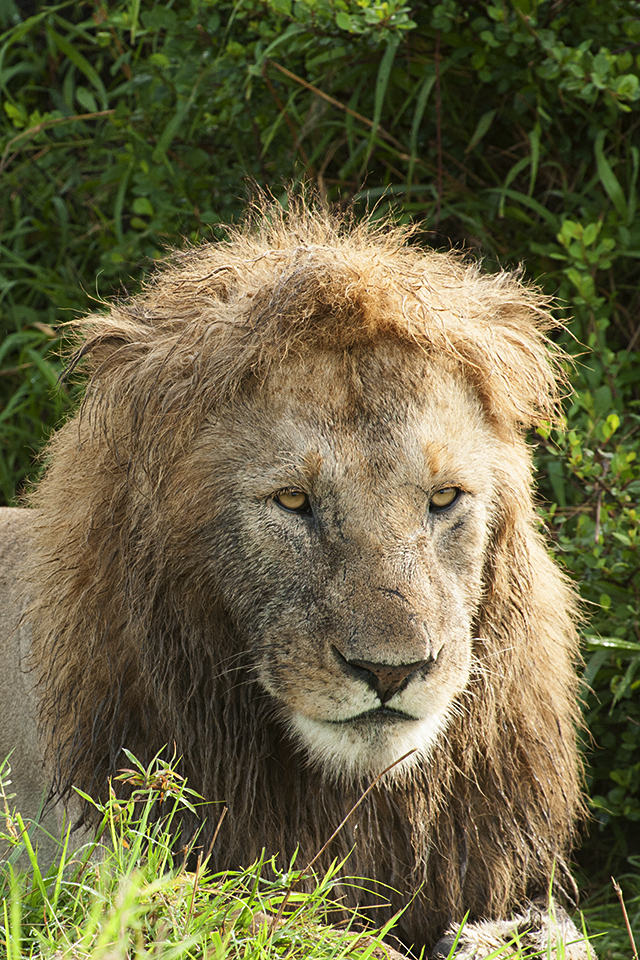