In this final post on our first visit to Masai Mara Reserve, we want to showcase some animals and birds in their natural habitat that made captivating portrait compositions. We spotted a pair of sparring Thomson Gazelle (above). And the flies flying from one Thomson Gazelle to the other, when they locked horns, made this picture even more interesting. As we moved on, we had a spectacular sighting of an African Lion pride that we described in a four part series titled “An evening with a pride of Lions in Masai Mara”.

A Rippell’s Griffon vulture and an African White-backed Vulture were sun bathing near a major crossing point on the Mara river. I noticed that they were sitting one behind the other and maneuvered the vehicle to get this interesting perspective (below). It is worth mentioning that we shot this image immediately after witnessing a herd of Wildebeest cross the Mara river during the Annual Migration of Wildebeest. 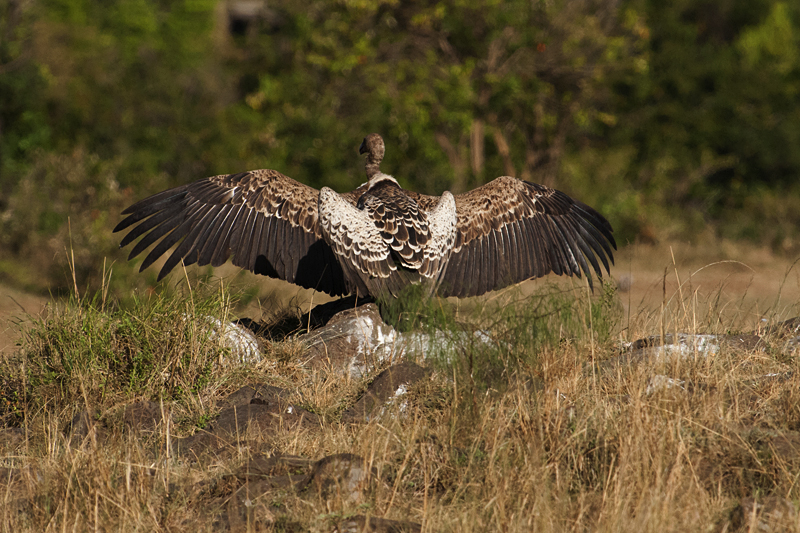 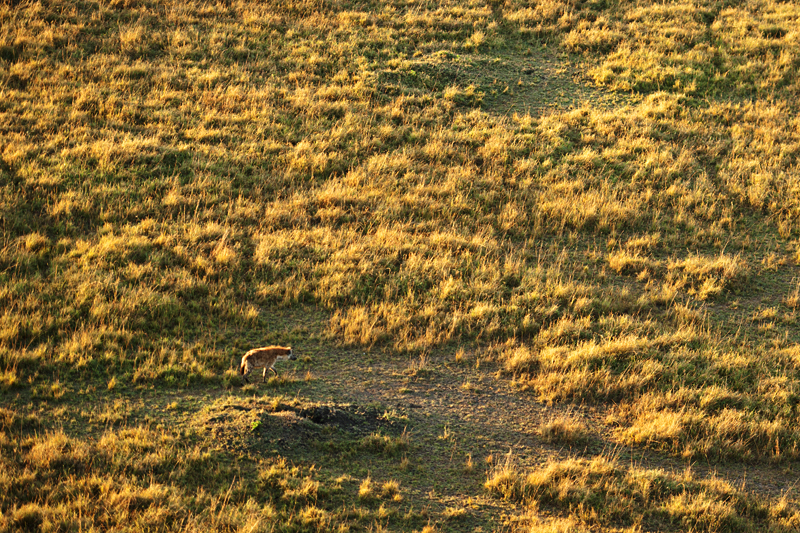 We photographed this Spotted Hyena (above) against the backdrop of the African Savannah during an early morning Balloon safari that we described in exciting Balloon Safari in Masai Mara. This restless African Elephant (below) was staring at us from behind some shrubs near a water hole. A majestic pair of African Lions that lie camouflaged close by were the prime reason behind the restless behavior of this Elephant. We described that exciting sighting of the African Lions in a two part series beginning with Nomadic Lions caught napping in Masai Mara. 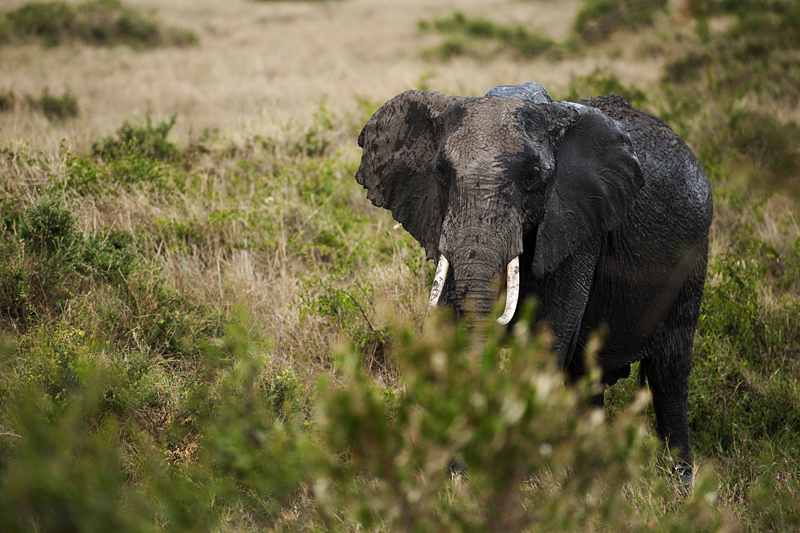 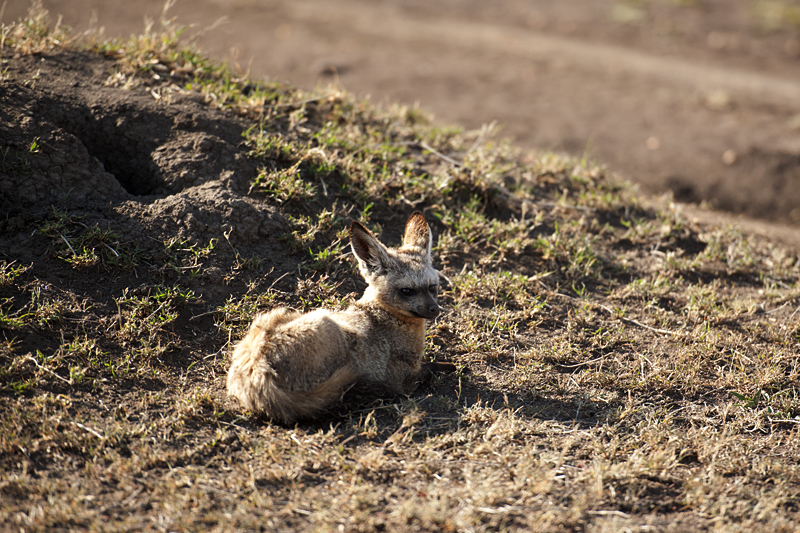 This Bat-eared Fox (above) was lying nonchalantly near the safari tracks when we were on our way to a surprise “Breakfast by the Hippo pools” organized by Mara Serena on the last day of our stay. On an earlier safari we had spotted a beautiful pair of sunbathing Bat-eared Foxes. And finally when we were returning to the hotel on our last safari, a battle scarred old Hippopotamus (below) was heading into the wilderness, away from the pool, presumably for the last time. We once witnessed sparring Hippos in Serengeti National Park described in the post titled “Clash of the Titans”. 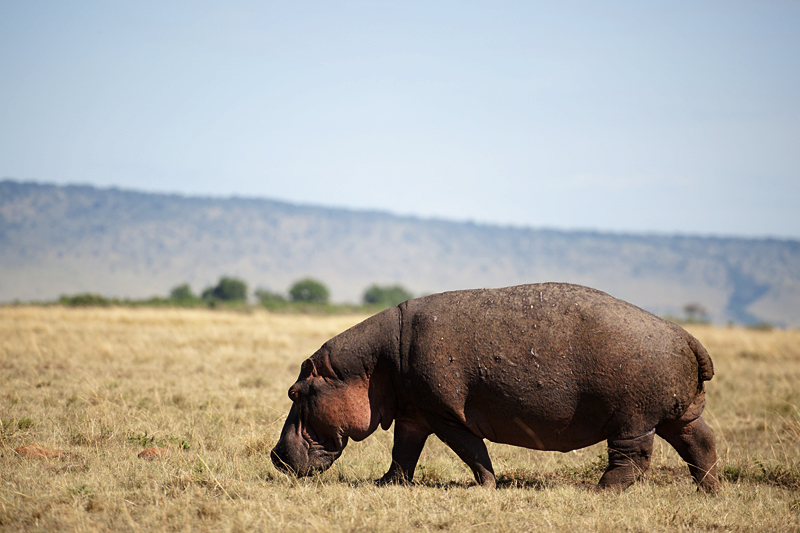