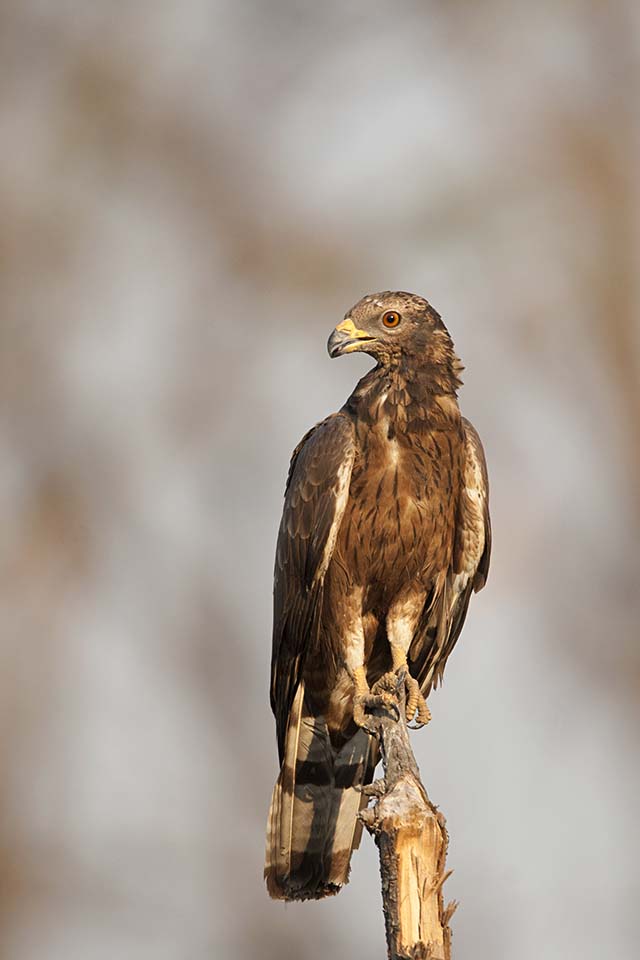 We haven’t been to Tadoba National Park in a couple of years. The opportunity presented itself when Matt wanted to see Tiger and I offered to take him to Tadoba. Before we knew, we checked into Irai Safari Retreat and headed out to Agarzari buffer zone of Tadoba National Park on our first safari of this trip. After a few minutes drive, the road opened into this massive water body formed by the Irai dam. I never knew about this part to Tadoba since I have always done safari drives into only in tourist zone of the Tadoba Tiger Reserve. While we took in the expanse of this water body, a Oriental Honey Buzzard was busy foraging closeby. At one point it perched on a dry branch near the jeep and became the first subject my newly bought prized possession, namely the Nikon 600mm f4 lens. 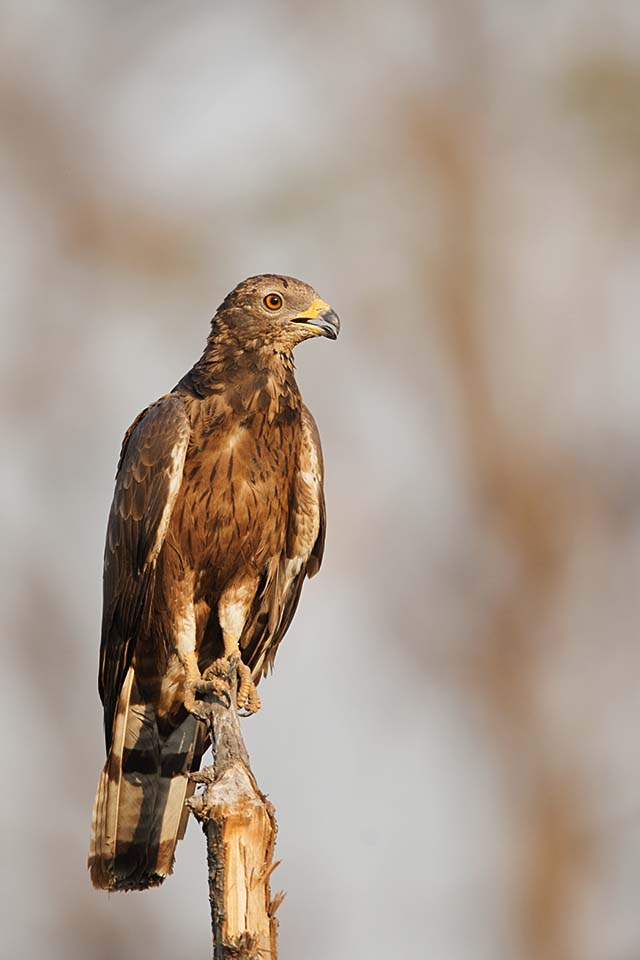 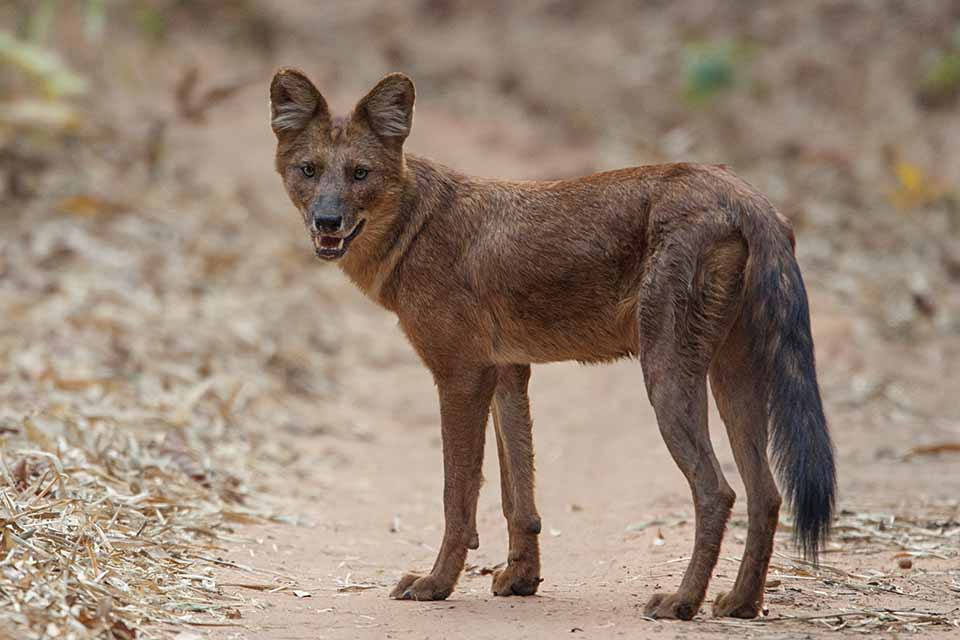 After spending a while at the water front, we proceeded to scout for other wildlife and I spotted a Dhole scuttling away onto one of the roads. We quickly caught up with it and it paused to give us a few glances. Soon it was getting late, we decided to head back and we were stopped in our tracks by the sight of a Sloth Bear heading our way. The Bear stopped to look at us and I managed to get a decent picture despite the  fading light. 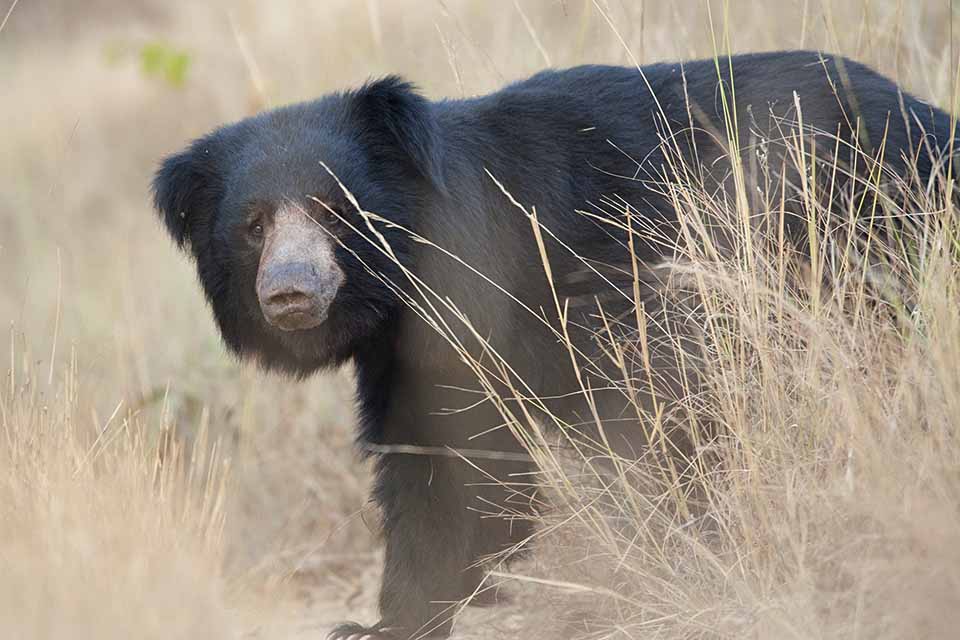 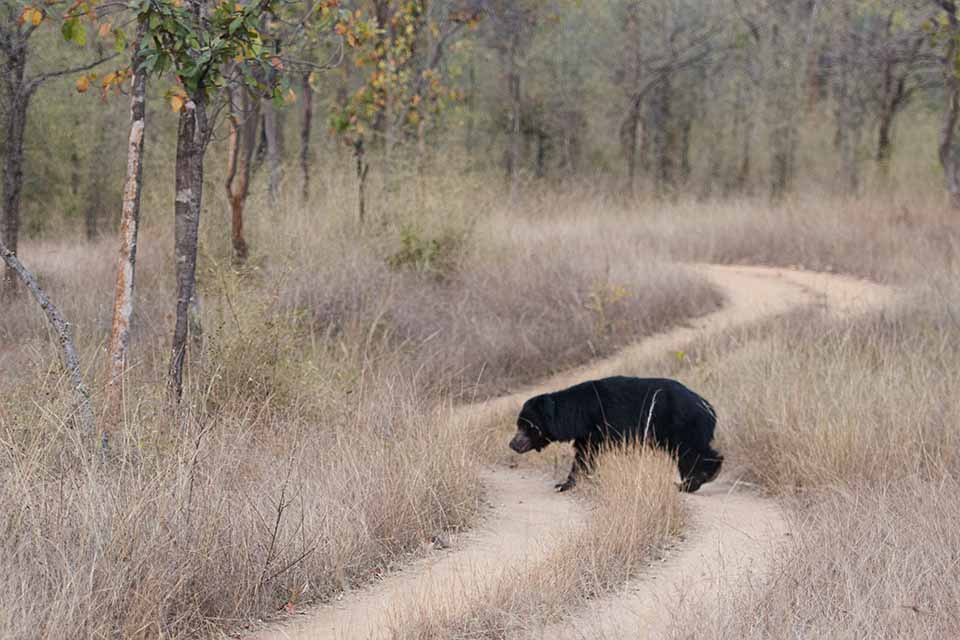 The Sloth Bear soon lost interest and headed towards the water’s edge. We tried to follow it but soon lost it in the tall grass. We took this parting Sunset picture of the Irai waters before heading back to the lodge. While driving back, I was thinking about the picturesque landscape of Agarzari buffer zone. Alas it is a small area but it did reward us with its variety of birdlife. 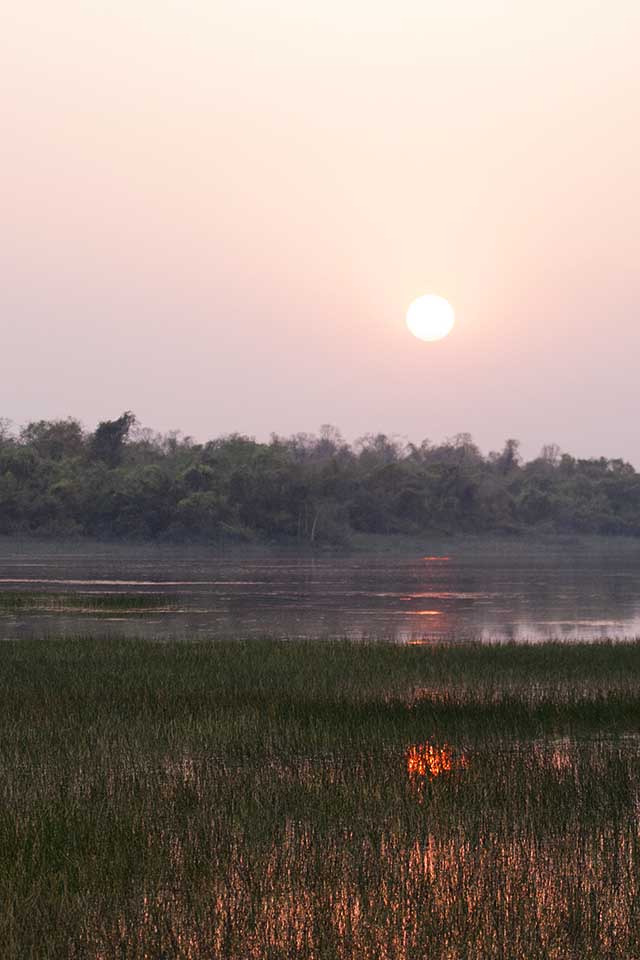