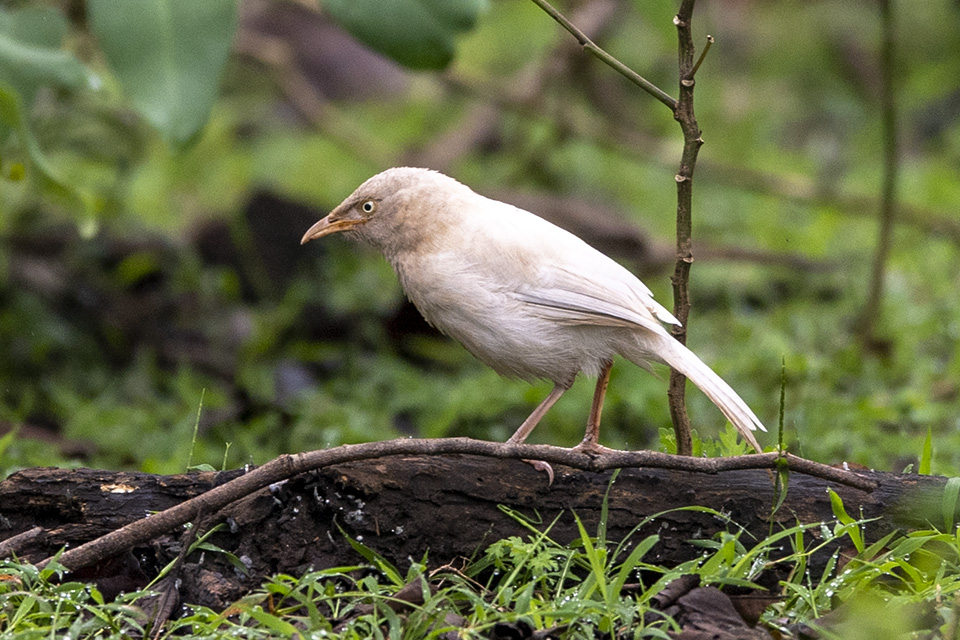 We were on a morning safari in Kabini and we stopped by to get a picture of an Asiatic Elephant with huge tusks. We first spotted him when he was following a herd of females. Then when he stopped, we got a couple of portrait pictures of him, before we headed off.

We again stopped in our tracks when we thought we spotted a male Paradise Flycatcher, since a bird with white plumage was flying around in the lantana. The picture above is of a Common Jungle Babbler, a flock of them were foraging in the grass. And then we saw this white bird again, the one we had mistaken for a Paradise Flycatcher. It was actually a Jungle Babbler, but with White Plumage. It is absolutely by chance that we had spotted an Albino Jungle Babbler amongst the Common Jungle Babbler flock. We took a few pictures before the flock flew away. Wow, what a catch!