Animals of Africa #21 – Cheetah looking for prey in Masai Mara

Since the light was fast fading, we left the Cape Buffaloes herd behind and moved on with our evening safari in Masai Mara. The pleasant surprise that we hinted to in our previous post was this beautiful Cheetah that was slowly trudging along close to the road. We moved as close as we could without disturbing it and got our first decent images of a Cheetah in the wild. After our initial excitement of photographing the Cheetah died down, we tried to figure out what it was up to.

And we were thrilled to see what was unfolding in front of us. The Cheetah was slowing walking in the high grass to the left while to the right of the safari road at a distance was a herd of Wildebeest. Mingled along with the Wildebeest was a small herd of Thomson Gazelles. Every now and then the Cheetah used to stop and survey the Wildebeest herd. Initially we did not understand its movements. But after a few minutes, Emmanuel pointed out that the Cheetah was actually trying to narrow down on a Thomson Gazelle to hunt, while using the dry grass and the Wildebeest herd to camouflage its presence. We could not believe our eyes and kept following the Cheetah in anticipation of a chase! Please check our next post to read what happens as the Cheetah continues its hunt. 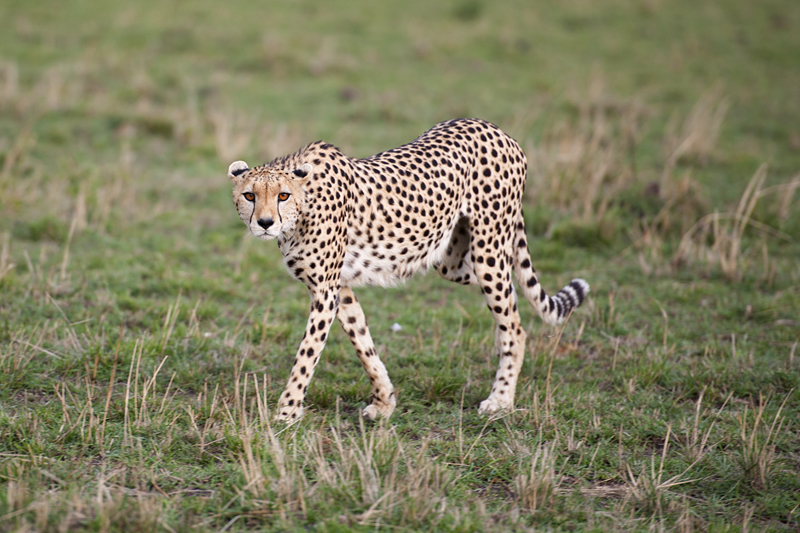 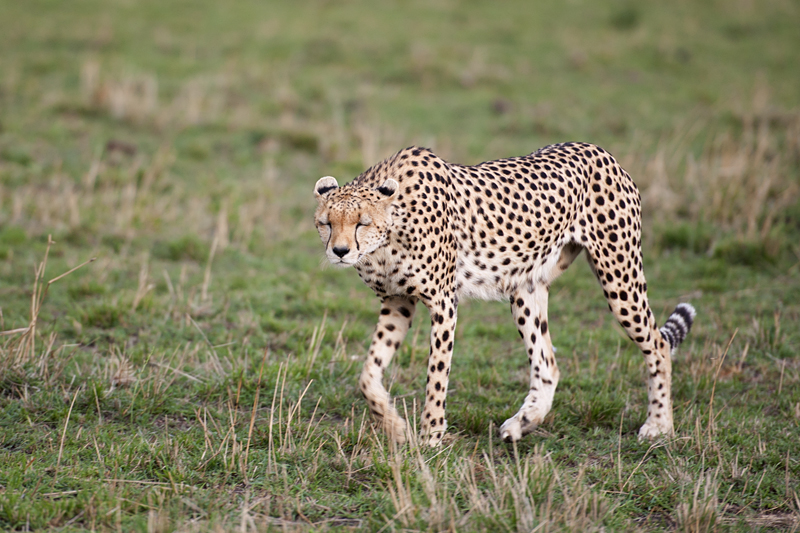 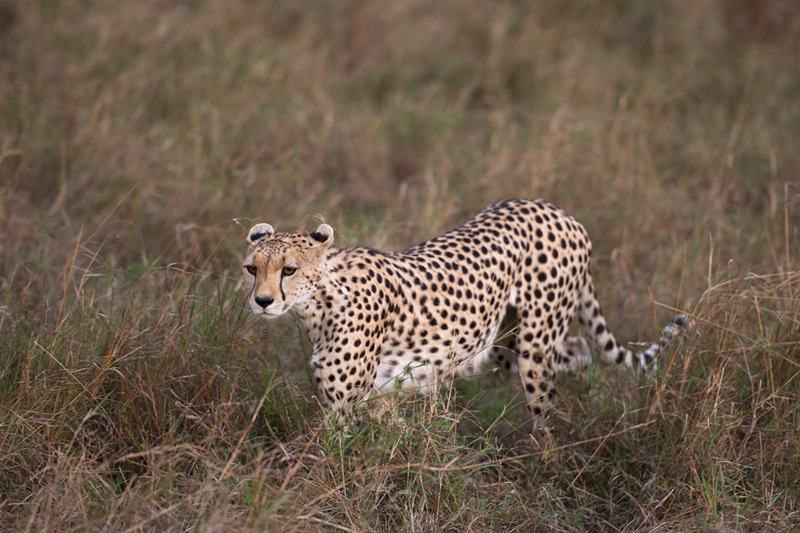 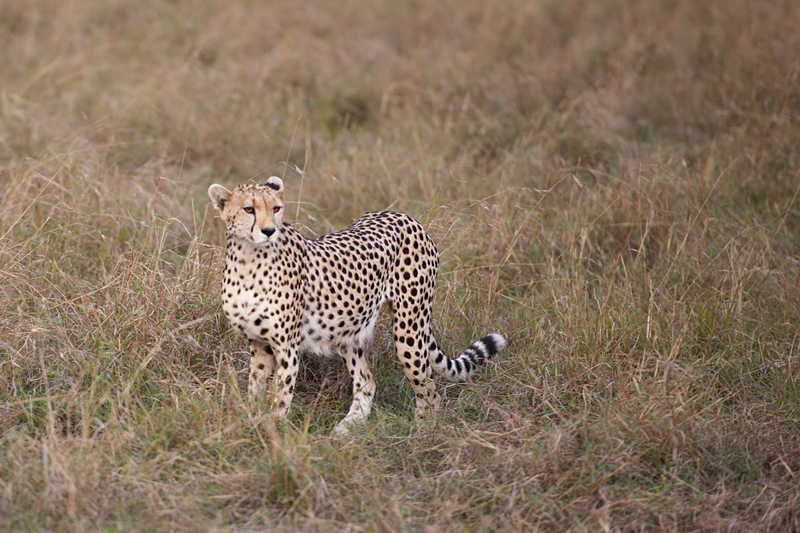 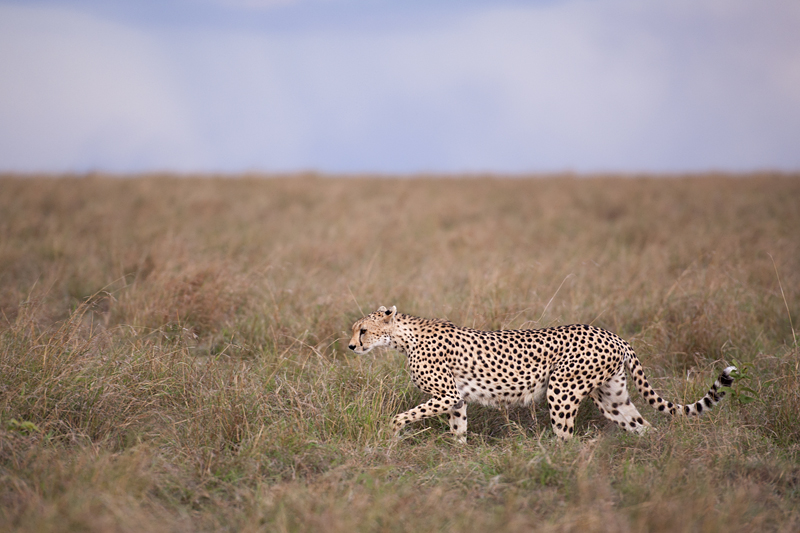 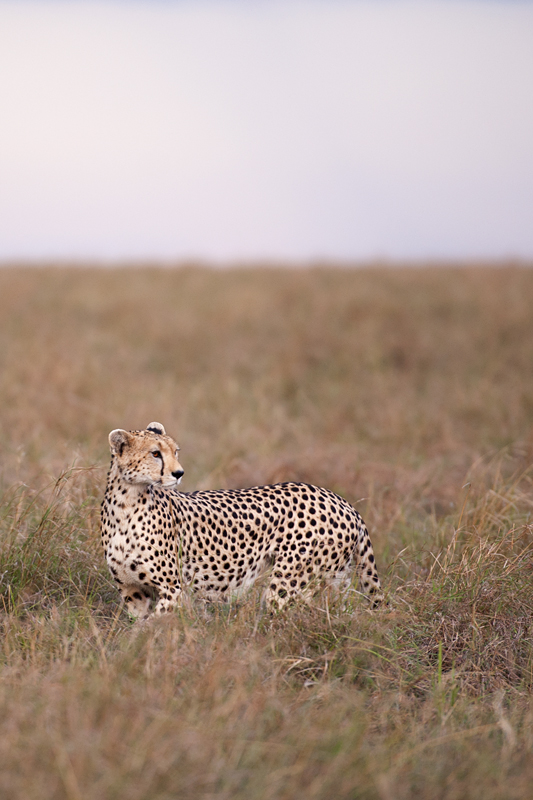