If you have read our previous post, you would known by now that this Cheetah had been following the herd of Wildebeest with an intent to single out a Thomson Gazelle, which incidentally were walking along with the Wildebeest herd. The fact that the Thomson Gazelles had not scooted yet was a clear indication that they had not spotted the Cheetah that had been following the herd for a few minutes. The Cheetah once again stopped in its tracks and we thought maybe it had indeed identified a prospective prey. 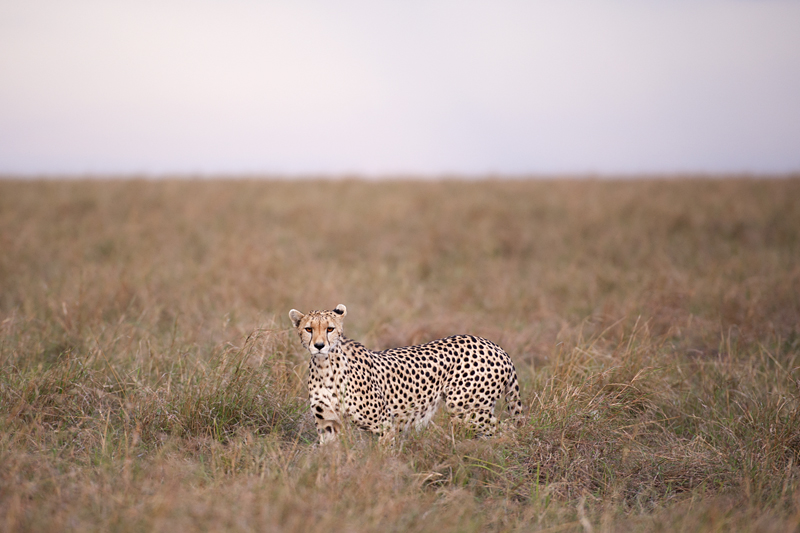 The Cheetah crossed the safari road in front of us for the first time and now was on the same side of the road as the Wildebeest herd. We expected a chase to start anytime, but instead the Cheetah seemed to be more interested in the only tree that was around. It sniffed the tree trunk a few times and then scent marked it to re-emphasis that this was it’s territory. While the Cheetah was busy marking territory, a Vulture descended on top of the same tree and somewhere around that time the Wildebeest herd spotted the Cheetah and got restless. The Cheetah on the other hand seemed to have got anxious about the Vulture and moved away from the tree after carefully checking it out. 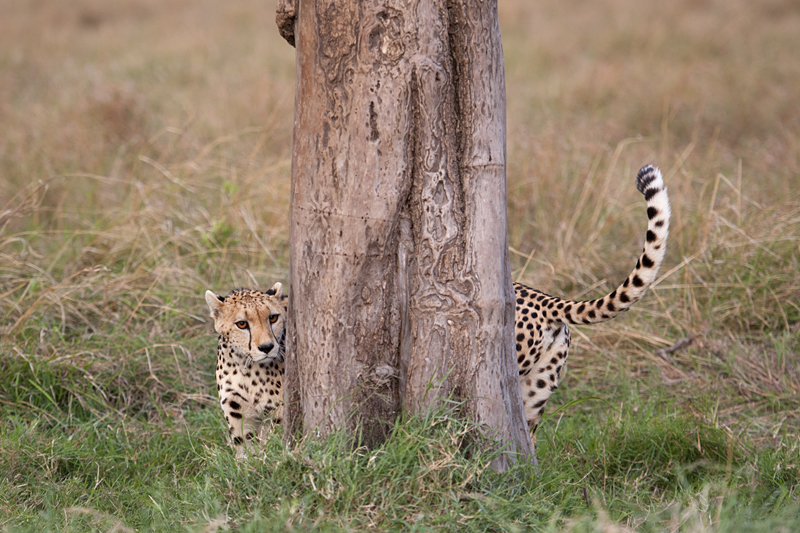 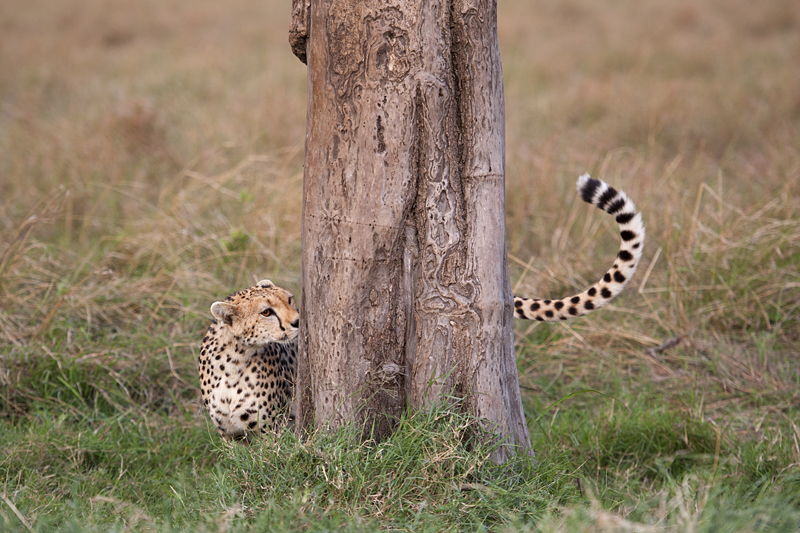 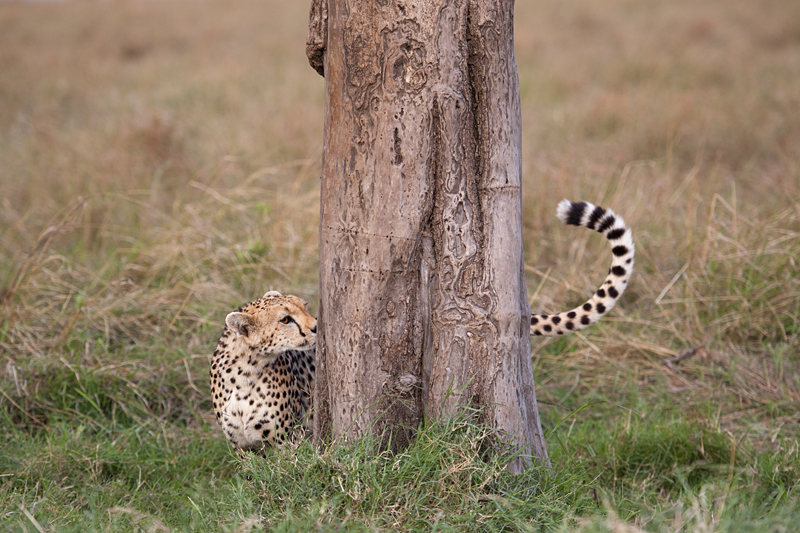 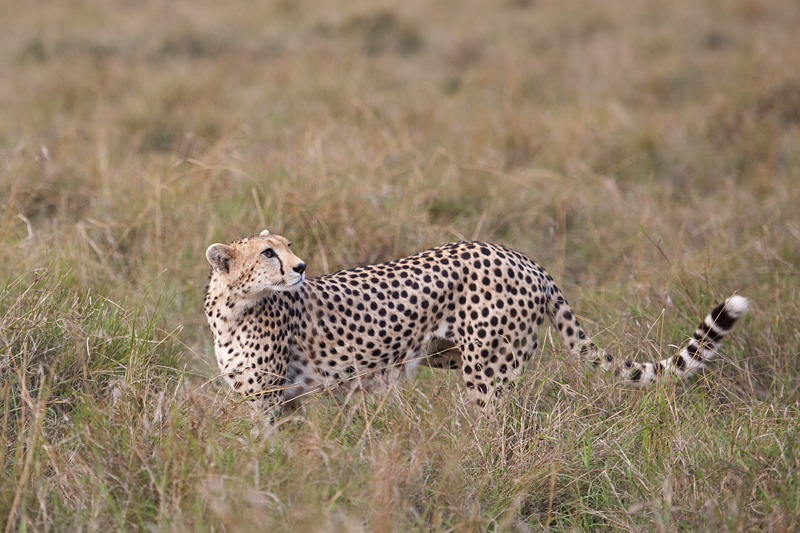 Finally, with the setting sun in the background, the Cheetah approached the Wildebeest herd that was already restless and had formed a defensive wall. It was quite a sight to watch the Wildebeest take turns every now and then to mock charge the Cheetah with the intention of chasing it away. With the light fast fading we left the Wildebeest versus Cheetah action in Masai Mara and headed for our resort. As for the Thomson Gazelles, they were long gone in all this commotion. 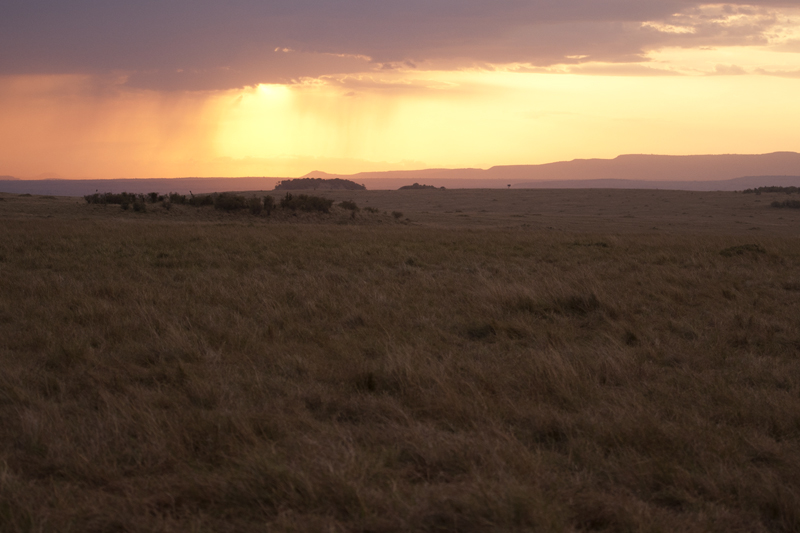