A Male Topi standing alone on either a termite mound or on a clear ground in the middle of their territory looking out for predators is a common sight in the African Savannah. This is exactly what we saw when we set out on a morning safari in the Masai Mara. A male Topi standing in its sentry position in golden morning light was a gorgeous sight. This male Topi was close to the safari road and we photographed him in his attentive pose. After we; the Topi and us, exchanged a few glances, it decided to cross the safari road in front of the Land Cruiser and go over to the other side where the rest of the herd, mainly female Topis and their young were grazing.

The male Topi first walked amongst the females with its head held high, shoulders arched upwards and tail held out stiffly. It was as though he was parading in front of the females to get their attention. However, none of the females showed any interest in his antics and that made him more anxious. He singled out a female and started jostling her and repeated his display; this time it was for her eyes only. Unfortunately she was not impressed. The Topi fawn was the only one who was excited with all this display and kept following him! 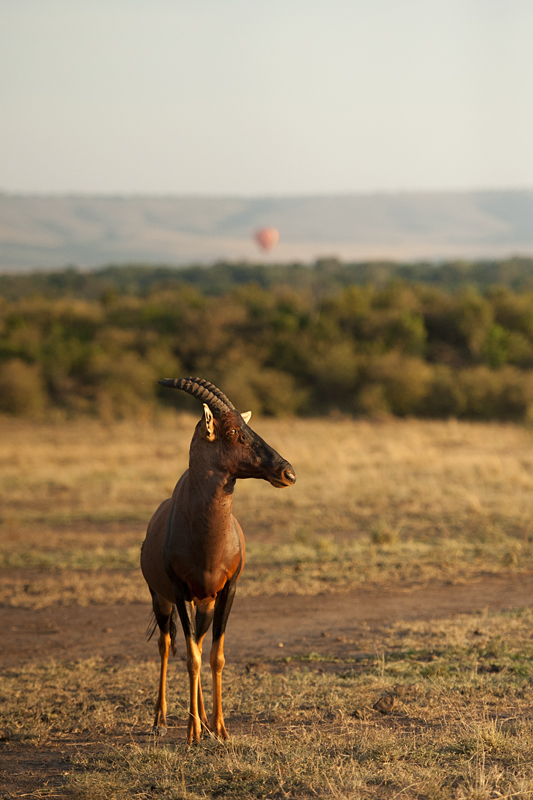 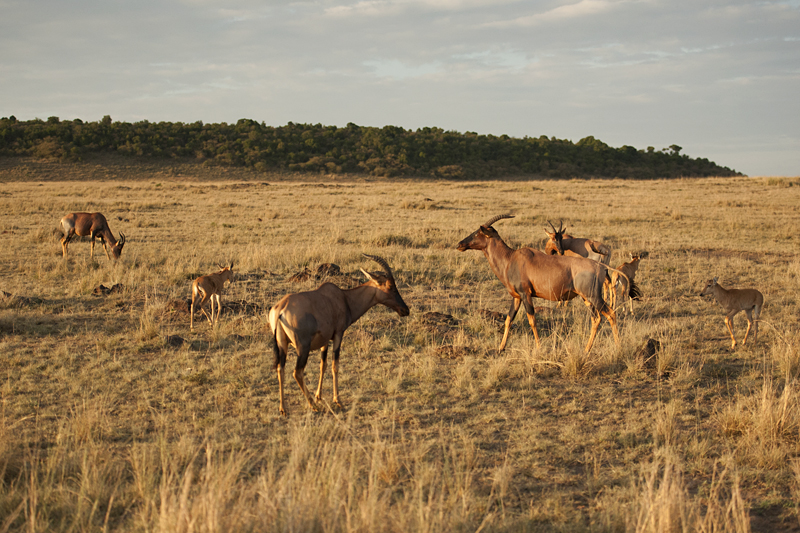 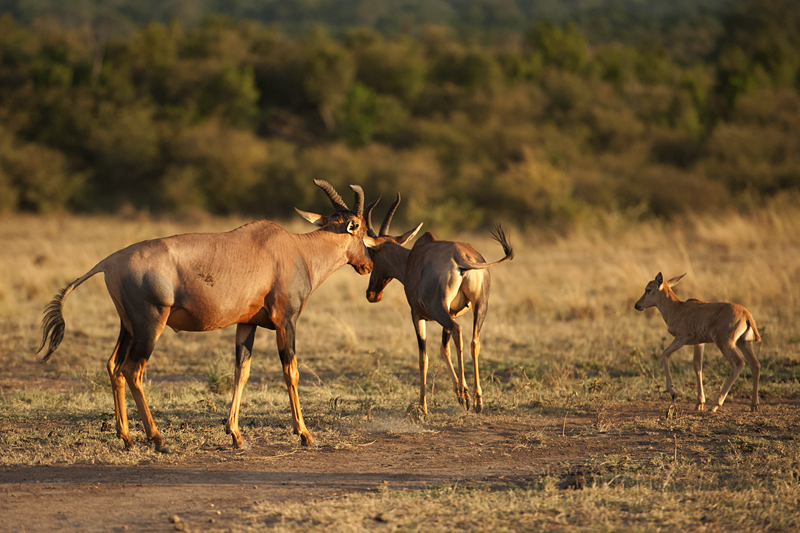 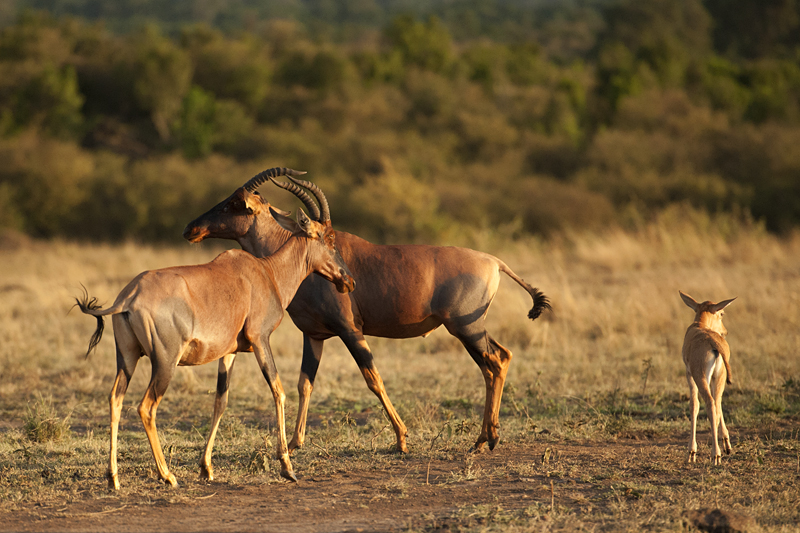 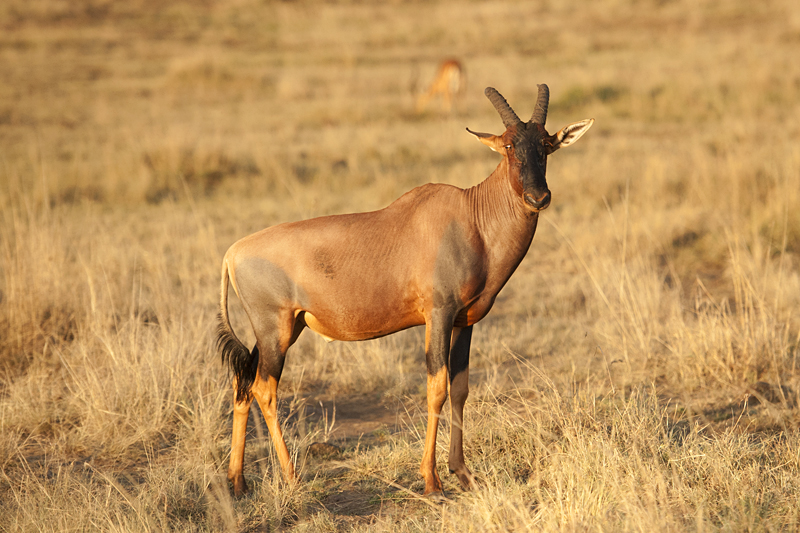