Our morning safari started with the antics of the male Topi and that was followed with the serene atmosphere of the hot air balloons floating across the Masai Mara horizon. The morning got even better when we sighted a Spotted Hyena at a distance but close to the safari track. As we got closer to the Hyena, we saw that it was sitting in the shade of the bushes and munching on the remains of a Wildebeest kill. We stopped the vehicle and started photographing the Spotted Hyena. That’s when someone noticed a small head pop up above the grass a little distance away from the Hyena with the Wildebeest carcass.

The little head belonged to a Spotted Hyena cub that was hiding  in the den when it heard the approaching jeep. A little later we saw the mother Hyena come out of the den followed by another cub. The first cub soon realized that we were not a threat and its curiosity took over. It wanted to investigate the jeep and it inched closer and closer to the jeep with its mother following anxiously. At a point it was close enough to the jeep and adequately away from the mother Hyena when I got the feature image of this post. The mother Hyena soon realized that the cub had got too close to the jeep and it came and shepherded the little fellow back to the den. The whole sequence of the cub approaching the jeep with the mother in watchful pursuit and taking it back to the den made for an exciting photography session.

In the meantime the other Hyena, the one with the Wildebeest carcass, walked away from us and closer to the den to enjoy its meal in peace. It did get away from us but the curious cub caught up with it and the ensuing wildlife experience was another exciting one, which we will cover in the next post. 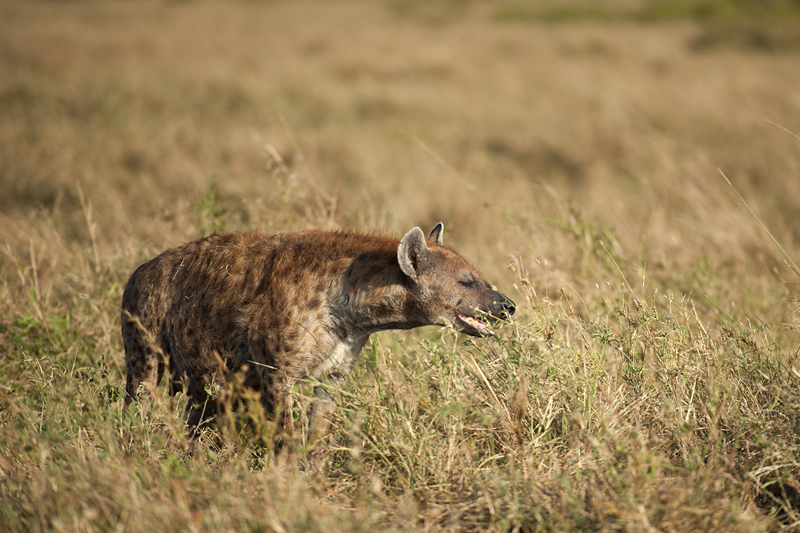 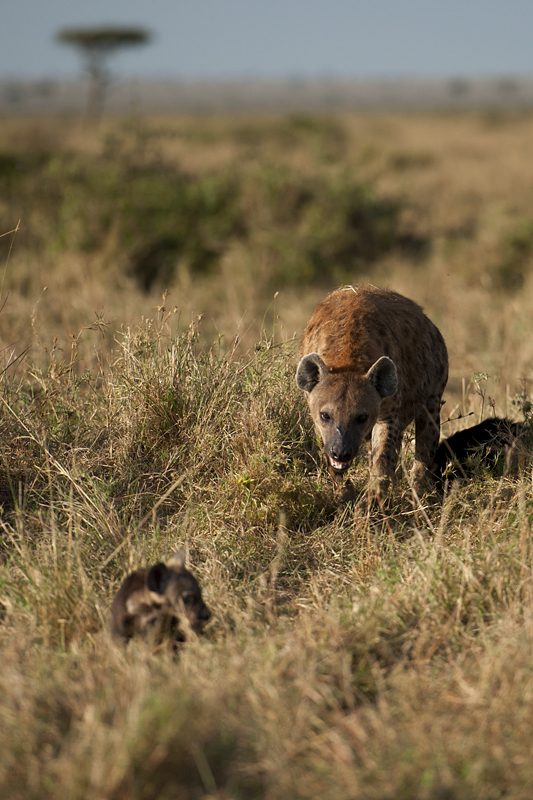 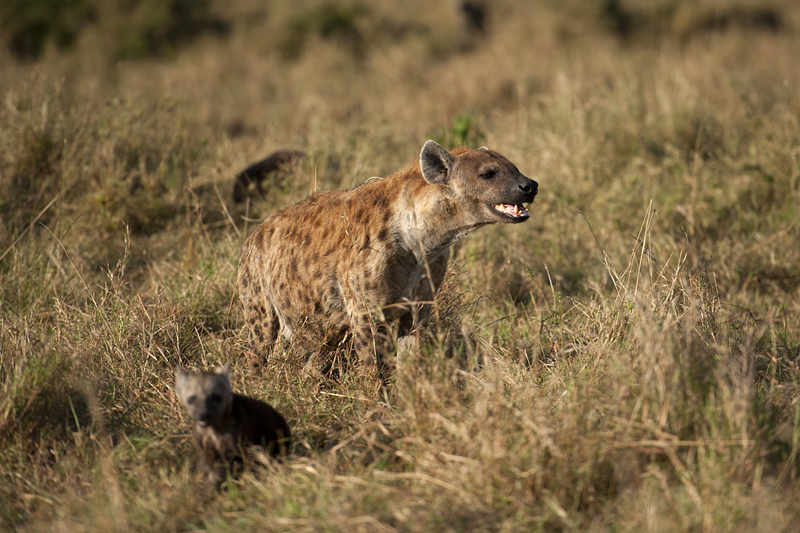 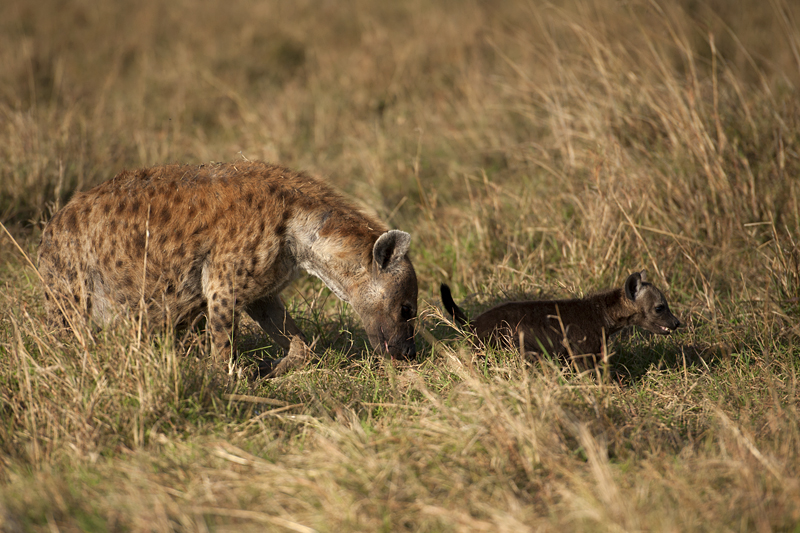 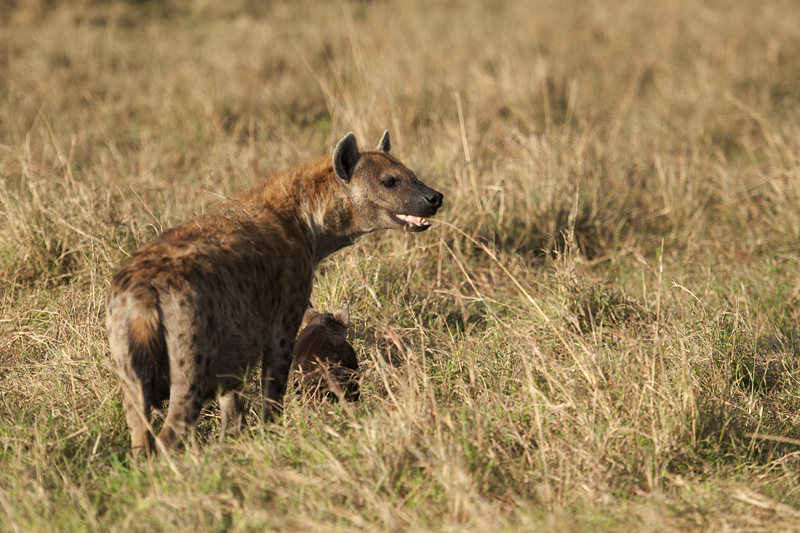