After the joy of watching the curious Hyena cub and its family, we moved deeper into the Masai Mara reserve. That’s when Emmanuel, our driver and naturalist, spotted the Black Rhinoceros. He mentioned that there were only five of them left in the Mara triangle. And that we were very lucky to have seen it. We cautiously moved closer to it and soon realized that this Rhinoceros also had a calf. We stopped the jeep at a comfortable distance to watch these critically endangered animals grazing in their natural habitat, without making them nervous.

The fact that they were grazing as we were photographing them is an indication that the animals were comfortable. We got a few portrait compositions of the mother and the calf. But soon the tranquility of the scenario changed when one tourist jeep decided to get a closer look. Immediately, the mother Rhinoceros’ posture changed. She seemed unsettled and became guarded, while the calf continued grazing. We were just thankful to have sighted these gentle giants and left them to continue grazing peacefully. 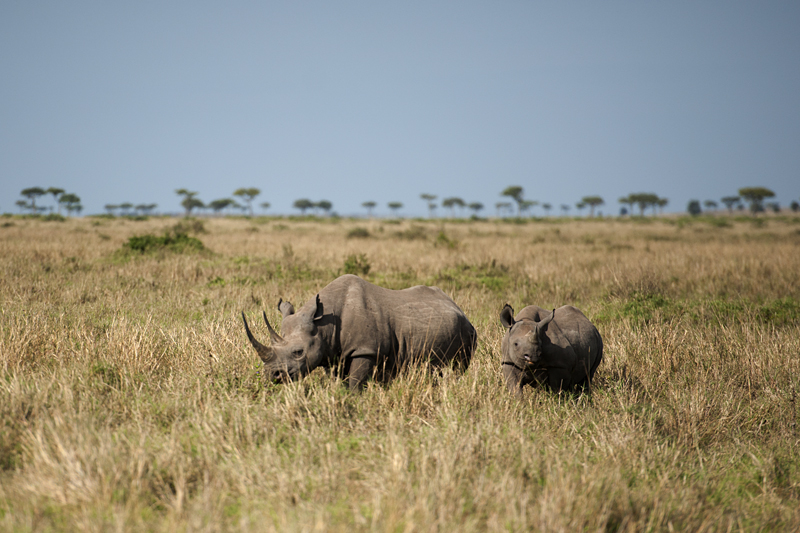 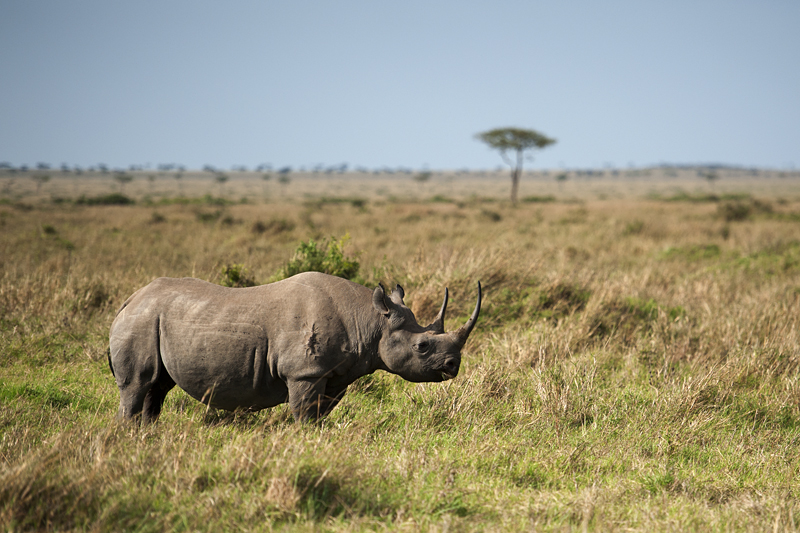 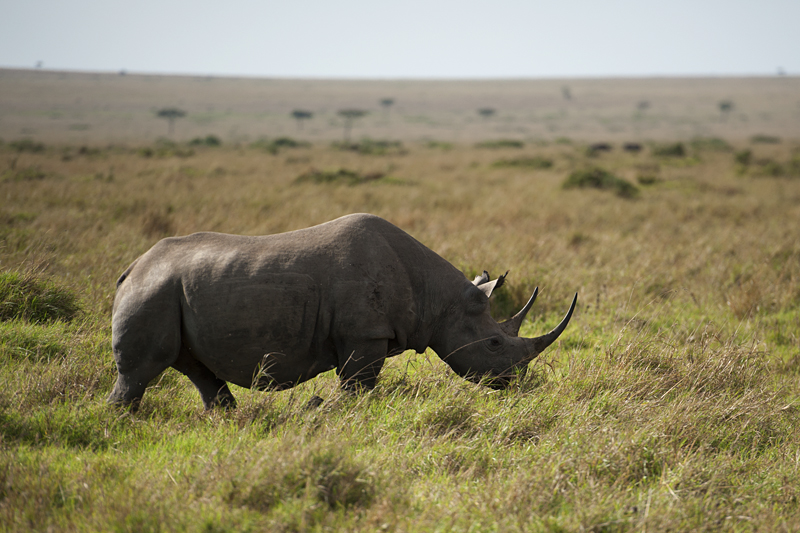 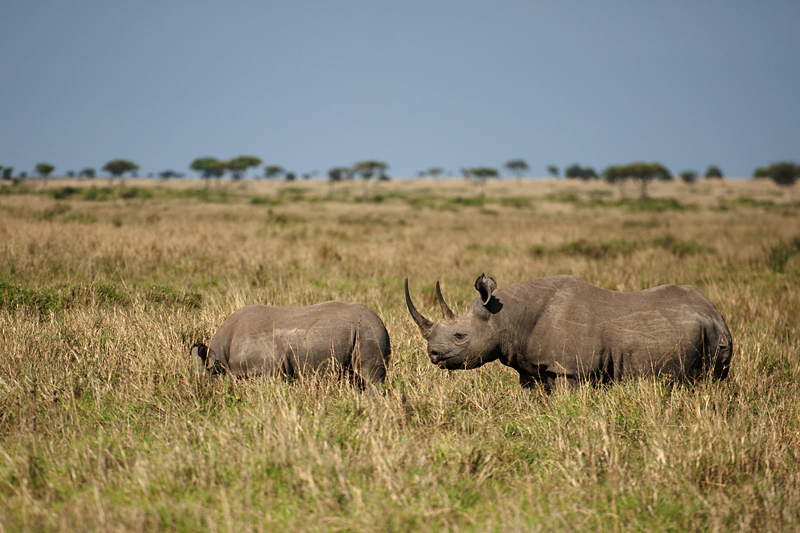 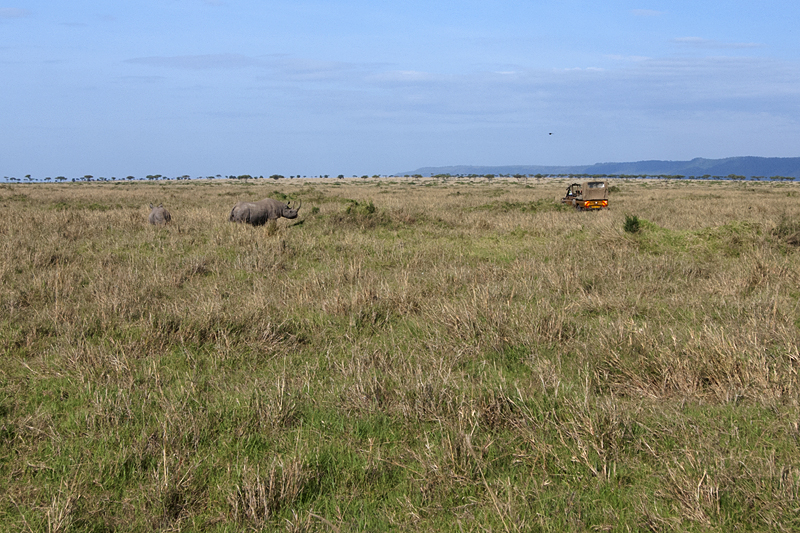