Animals of Africa #35 : Lions at a Wildebeest kill in Masai Mara

After the Lion Fest the previous evening, we fell in love with this majestic animal and wanted to see them again and again! We started the morning safari and rushed to the main crossing point in Masai Mara. We wanted to check if the rest of the Wildebeest herd from yesterday’s crossing were still waiting to cross the Mara river since we were given to understand they only cross the river in broad daylight. Unfortunately, there were no Wildebeest herd. This meant that they had either crossed just after daybreak or had dispersed because of the presence of a predator.

Almost immediately our guide spotted a Lioness on the other bank of the river. On giving a closer look, we realized that it was feeding on a fresh Wildebeest kill. This meant that atleast one of the Wildebeest did not make the river crossing. As we watched her feed on the fresh kill, from the amount of flesh on the carcass it was evident that the killing had just happened before we arrived at the crossing. Every now and then the Lioness would look up in our direction and the sight of her bloody mouth made for some amazing pictures!

After feeding for a while, she decided that it was time to drag the carcass to a shaded spot. While this Lioness was busy with the carcass, one of her sisters who was sitting on a mound, kept an active vigil all the time from her vantage point as seen in the last image. 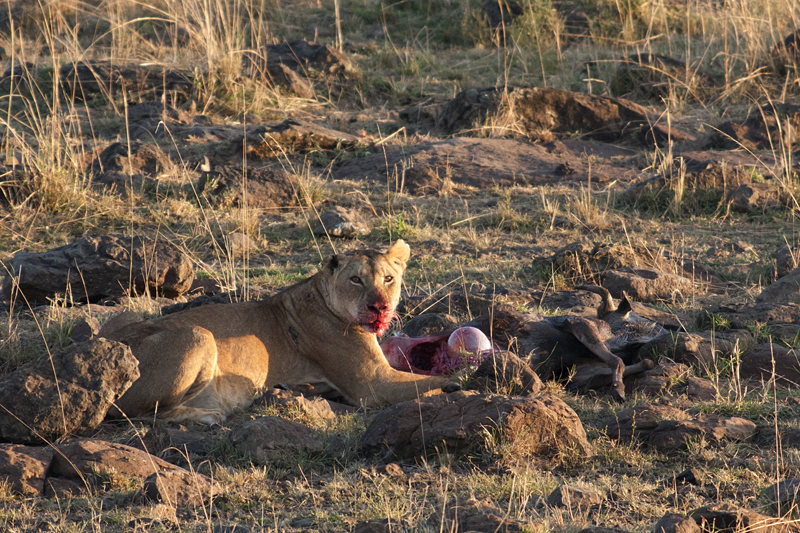 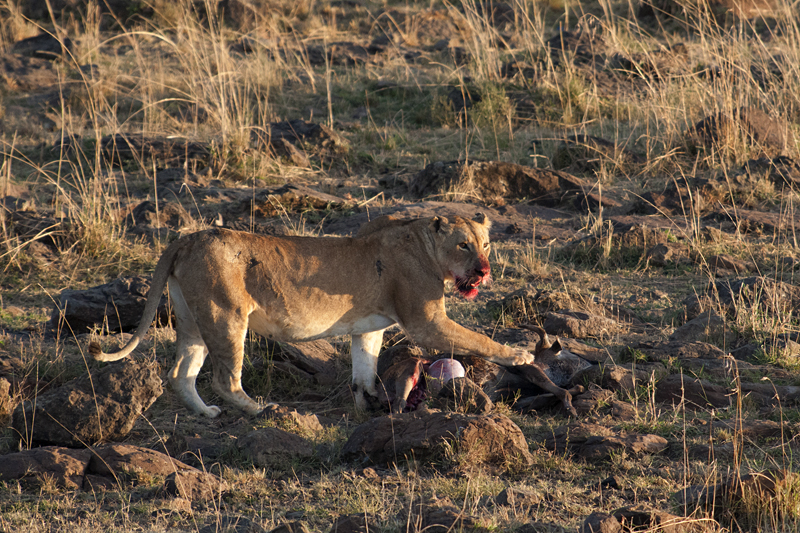 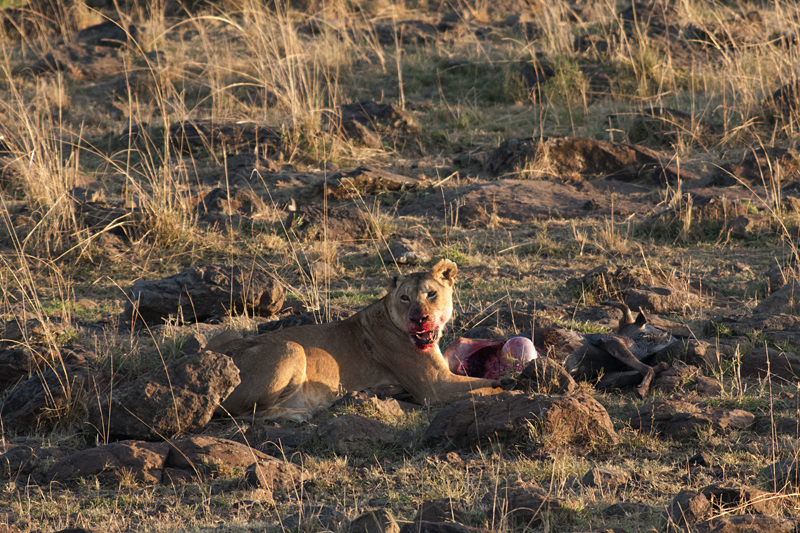 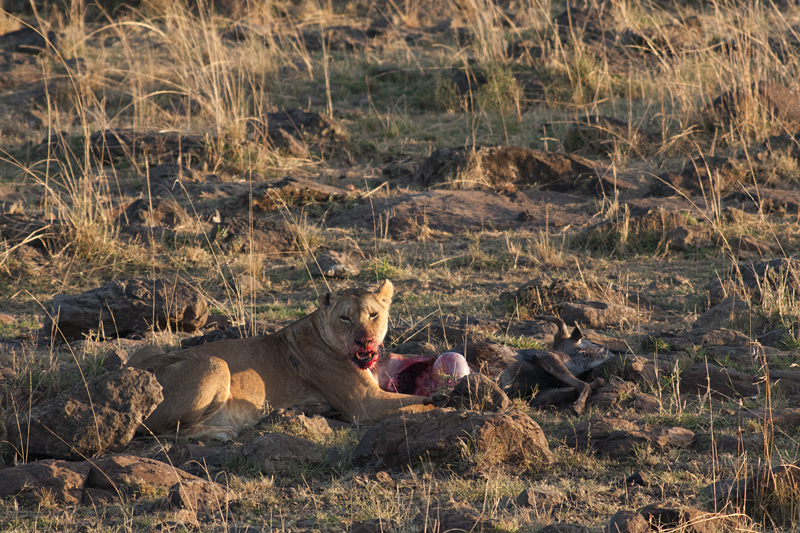 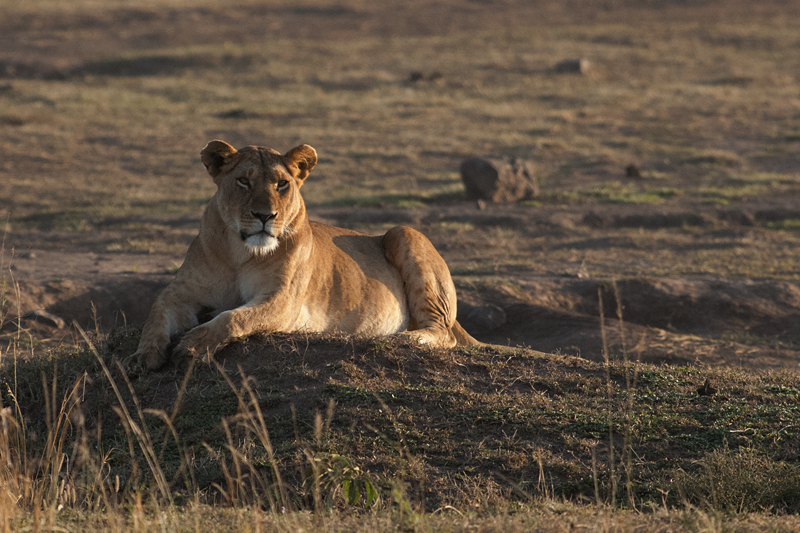