We spotted an African Lion pair at a short distance from the tracks on a safari in Ngorongoro crater. The African Lion was an young male and the Lioness was much older than him, hence we weren’t sure if this was a courting pair or just members of the same pride lazing around. 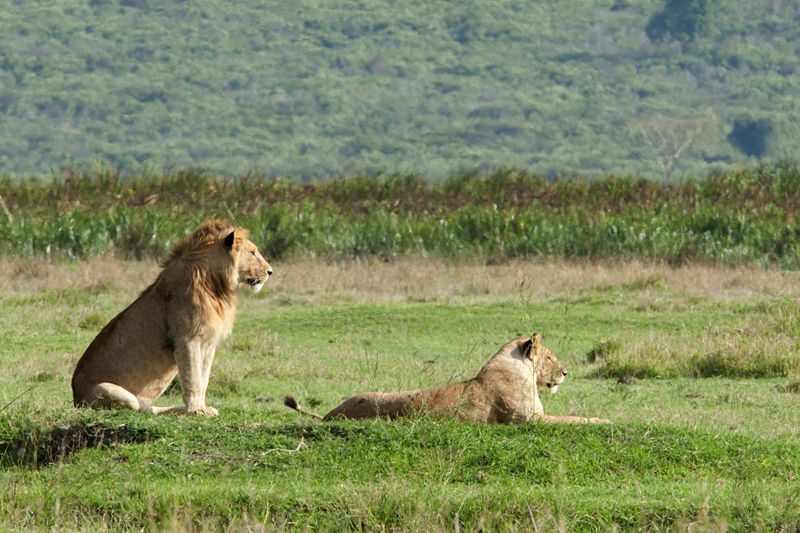 The Lioness slept through most of this sighting and rarely got up. The best action we got from her was a sitting stance. The Lion was a little more considerate and obliged us with a few postures making up for nice habitat pictures. 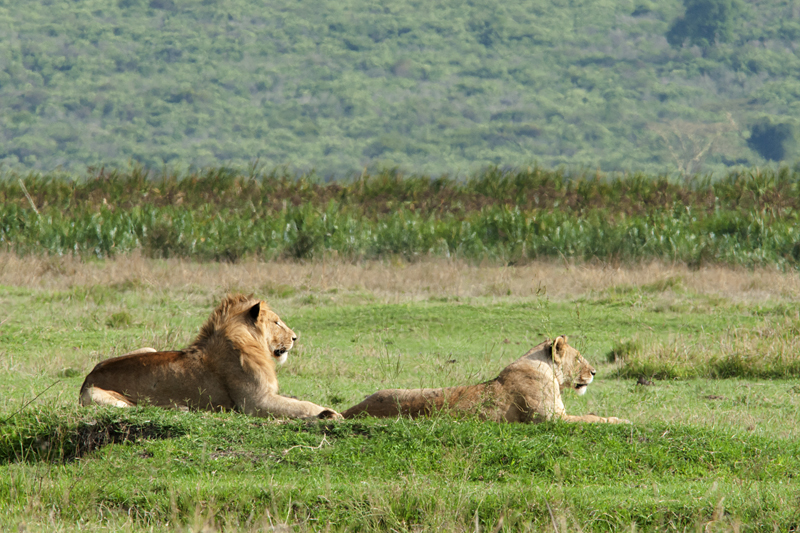 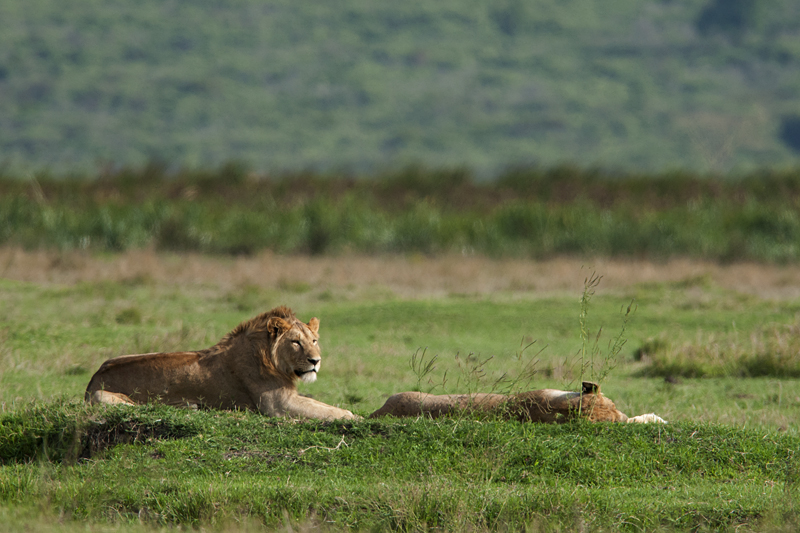 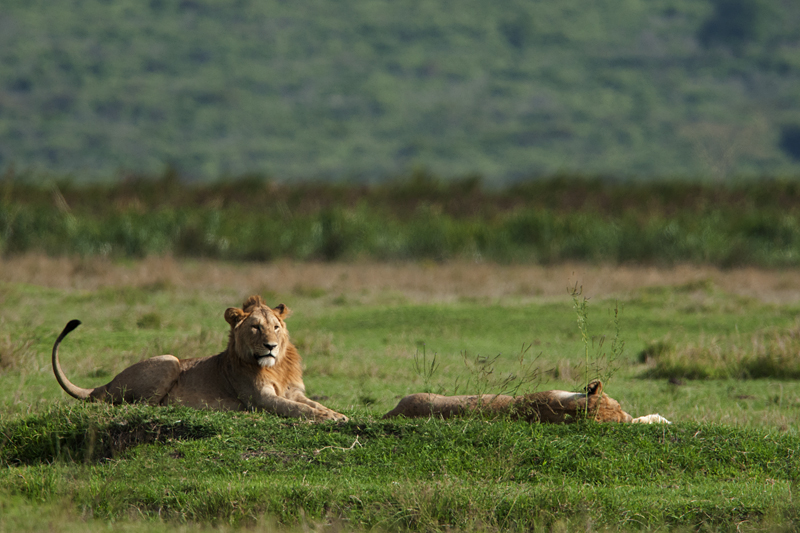 After a while the Lion too got bored went to sleep. The couple were joined by a third Lioness and they all slept happily thereafter. Incidentally they were almost caught napping by a passing African Elephant. 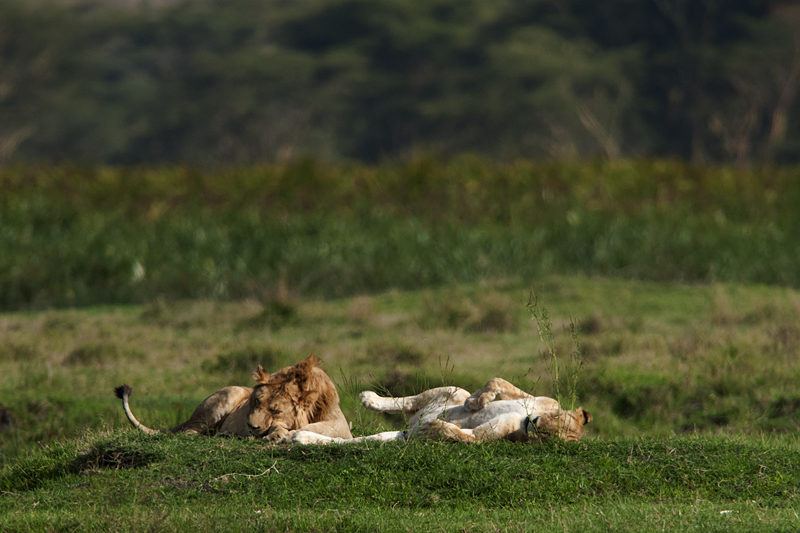 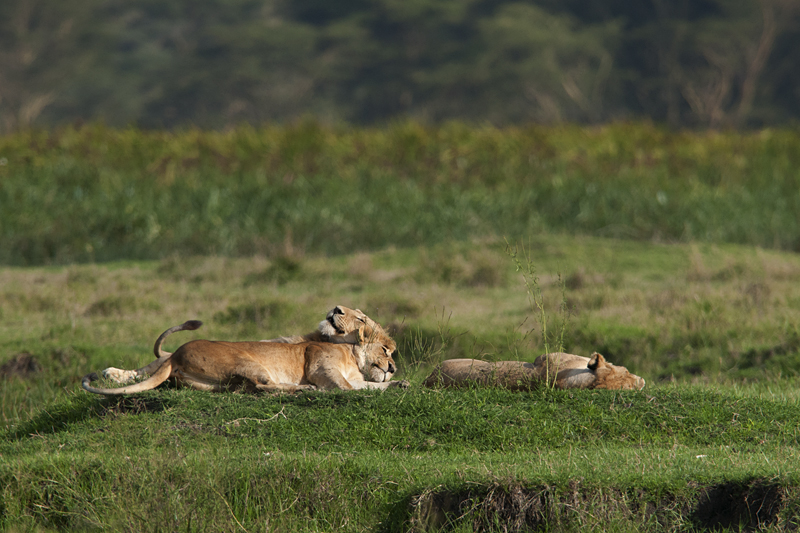