Animals of India #20 : The Common Langur – Most reliable spotter

The Common Langur is a widespread resident of the Indian forests. They are also found in some urban areas especially in Northern India. The Common Langur is a arboreal monkey, spending most of its time feeding on leaves, flowers, fruits and berries. They are programmed to eat rapidly, often indiscriminately, depending upon bacteria in their fore-stomachs to break down any toxins they may have ingested. They also obtain salt, mineral and trace elements by licking rocks, termite mounds and salt licks.
The Common Langur is most reliable when it comes to spotting a predator. When you hear a Langur alarm call in the forest, you can be rest assured that there is surely a Tiger, Leopard or Wild Dogs in the vicinity.
Also, one can see an interesting symbiotic relationship between Langurs and Chitals (Spotted Deer). The Langurs are wasteful feeders and the Deer follow them and eat the fruits that they spill. Apart from this, the Langurs act as early warning system for predators given their good eye sight and high vantage points in trees. And the Deer return the favor by using their better sense of smell in spotting predators when the Langurs are grazing alongside them on the ground, which is not an uncommon sight.

The Bandipur national park range is our favorite location to observe Langurs in close quarters. Here are some of the images captured of this Indian mammal. 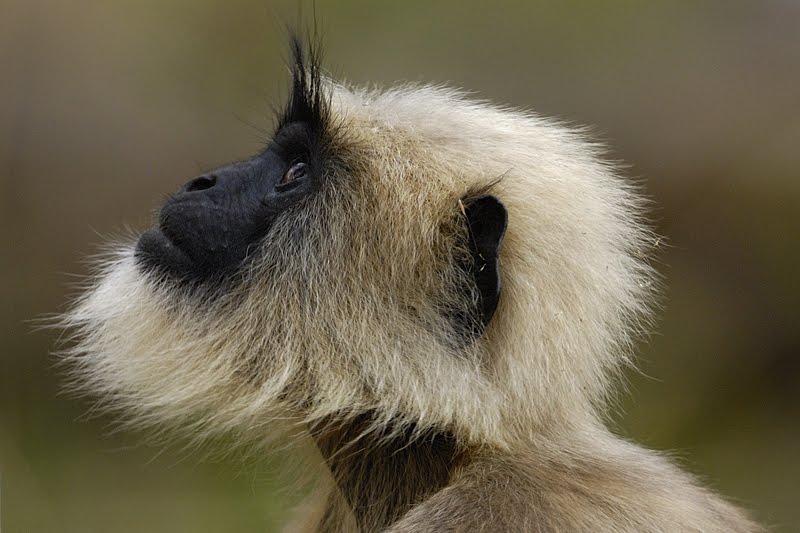 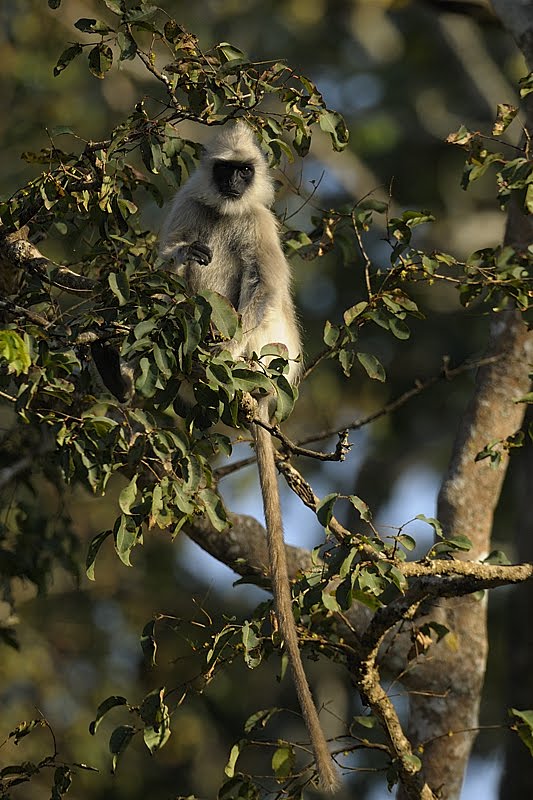 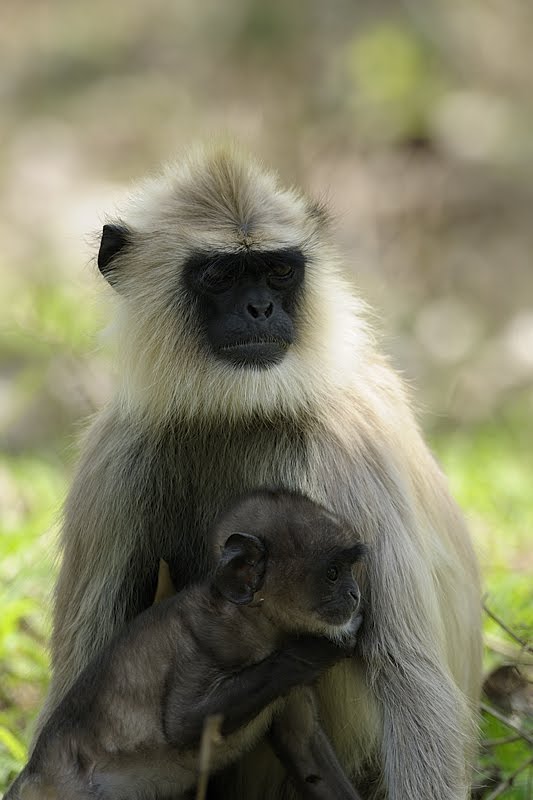 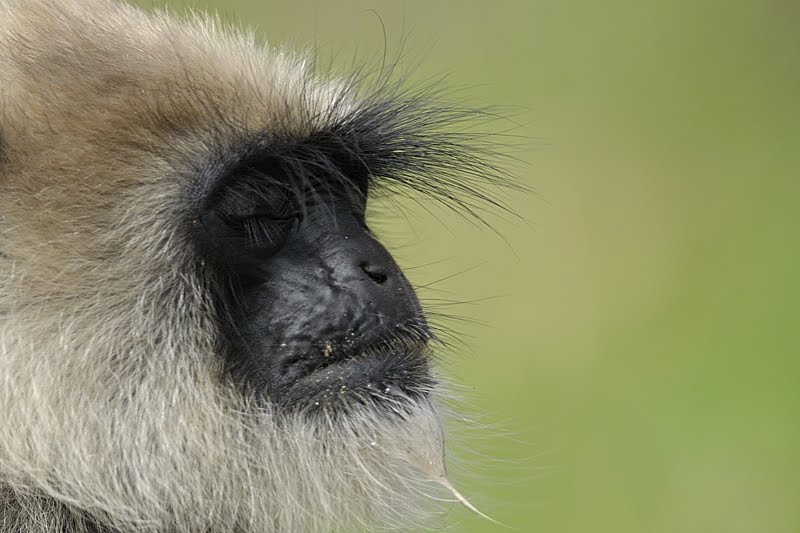