Animals of India #59 : Jackals feasting on a Chital Carcass 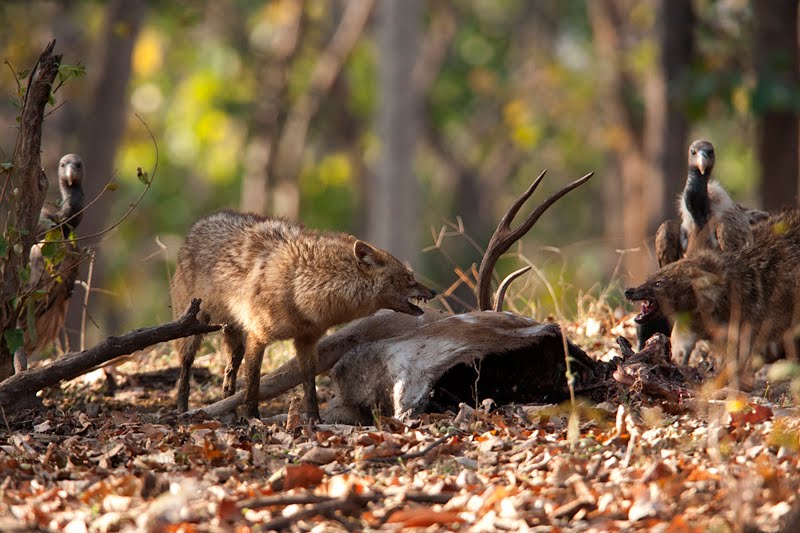 We got to see many Golden Jackals during our visit to the Pench national park. But the best sighting was the one where we we were able to witness wild Jackal behavior at a Chital carcass. The Chital had been killed and half eaten by a Tiger a couple of days back. And the remaining carcass had attracted scavengers like the vultures and Jackals.

When we reached the Chital carcass we saw a couple of vultures watching a single Jackal feasting on it. However, the entire scenario changed the moment a second Jackal reached the carcass site.When the second Jackal invited itself to the feast, the confrontation began. What was unique about this confrontation was that it was a no contact tussle. The Jackals primarily resorted to staring, posturing and baring of teeth. After a few minutes of confrontation, that we felt was evenly matched, both of them got down to sharing the carcass amongst them. 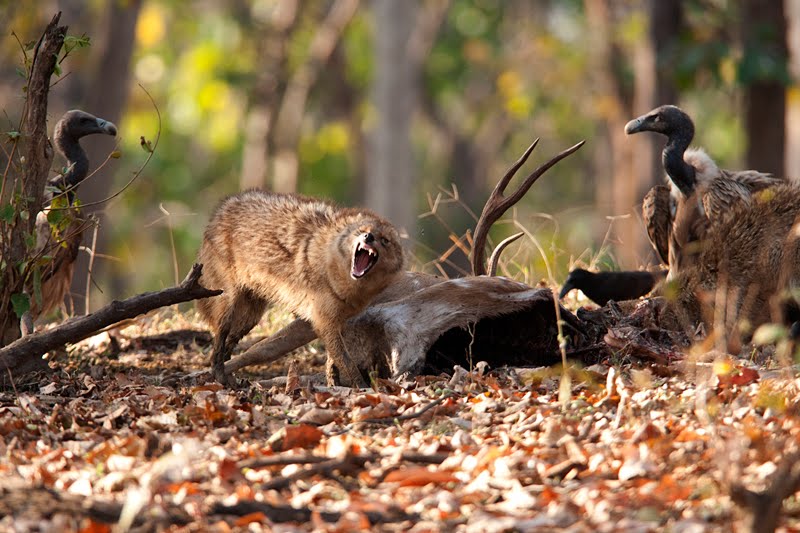 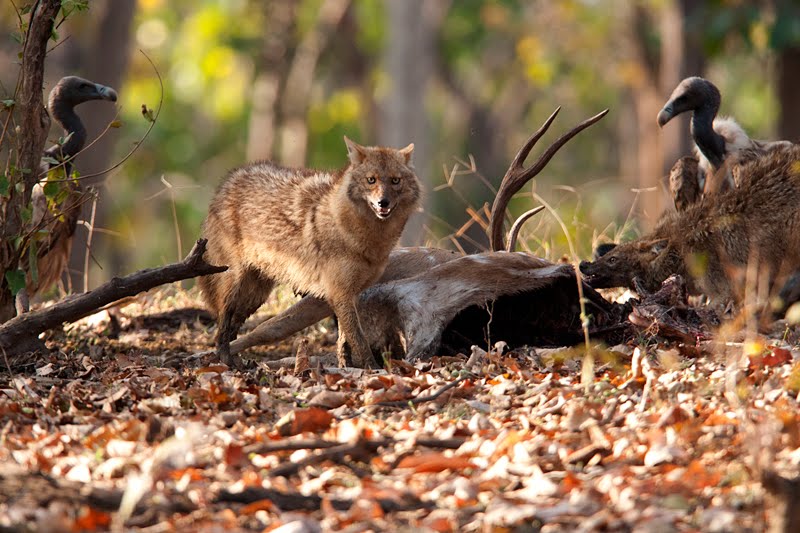 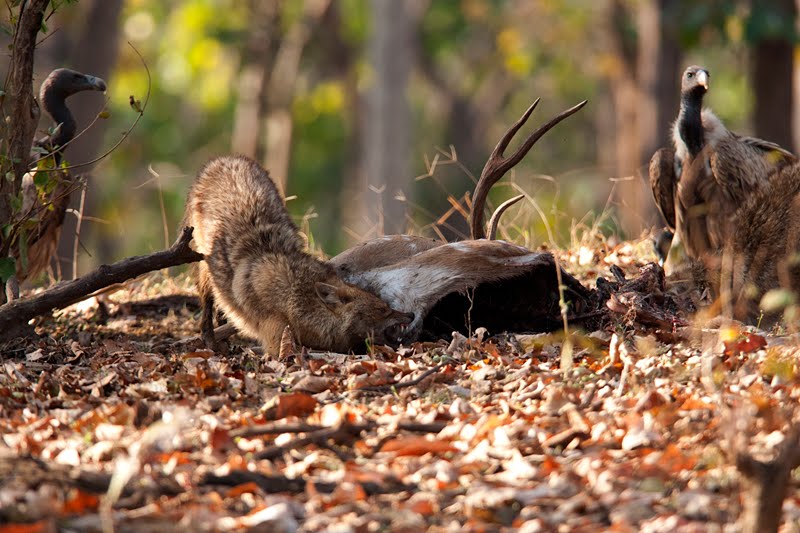 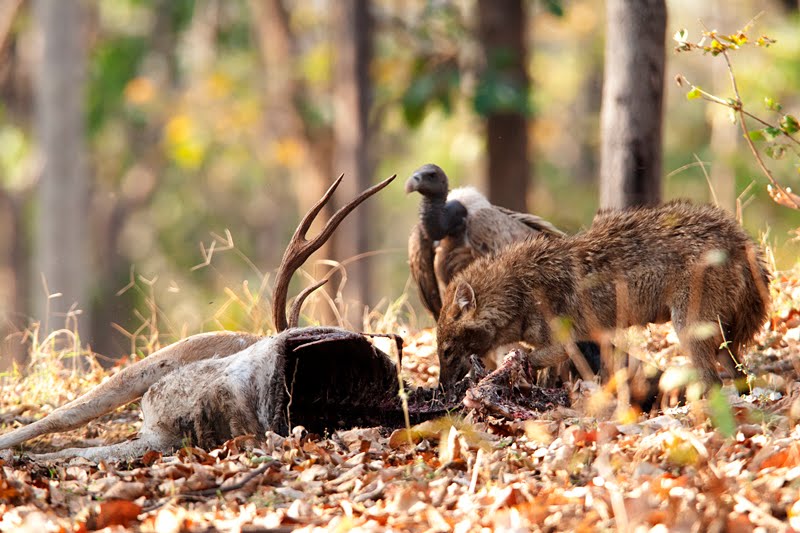