Animals of India #68 : The Golden Jackal 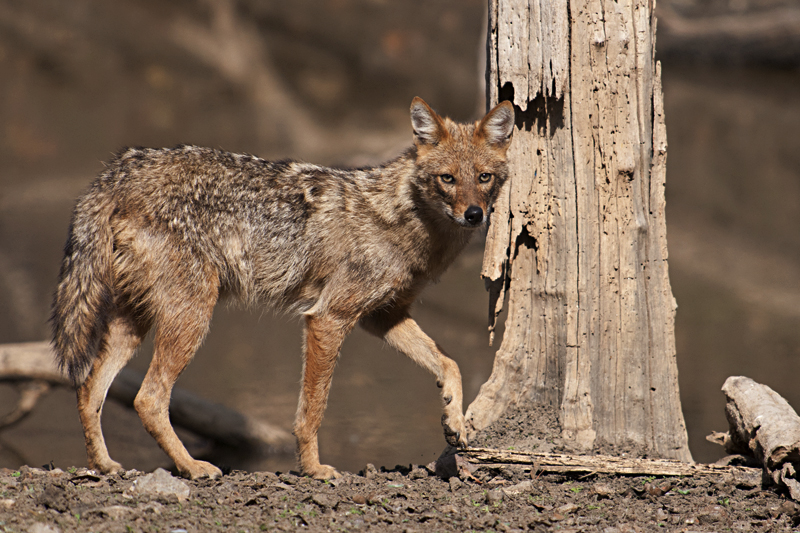 You might have seen our recent post on the Bengal Tiger in the Pench national park. The main reason for the Tigress to be in the vicinity of the waterhole was the Nilgai (Blue Bull) that it had killed a couple of days back. The Tigress monopolized the waterhole and would keep coming back not only to feed on this fresh kill but also to cool itself from the harsh summer sun. This waterhole is one of the larger ones in the park and other animals and birds frequented it as well.

Given the presence of the Bengal Tiger in the area, the other mammals exercised extreme caution when they approached the waterhole. We were quite sure that no other mammal would dare to wander around there. However, during one of our safari’s, we saw a Golden Jackal cautiously approach the waterhole. We were pleasantly surprised.  He was very alert and was sniffing around, looking at quenching his thirst. We found him to be quite courageous, as he not only drank water to his heart’s fill but also checked out the scent markings of the Tigress before quickly leaving the scene. 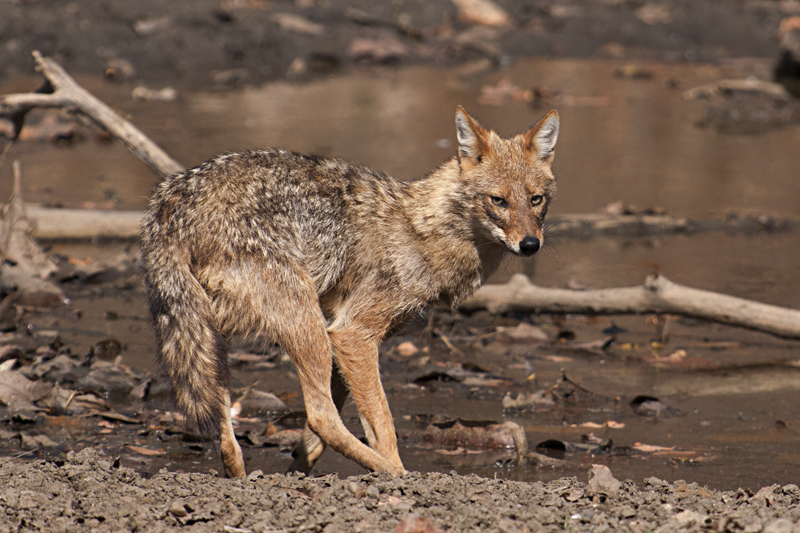 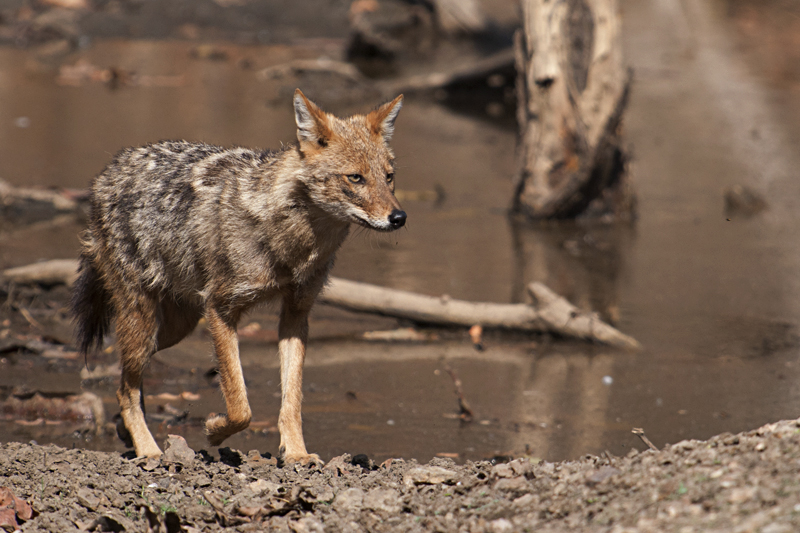 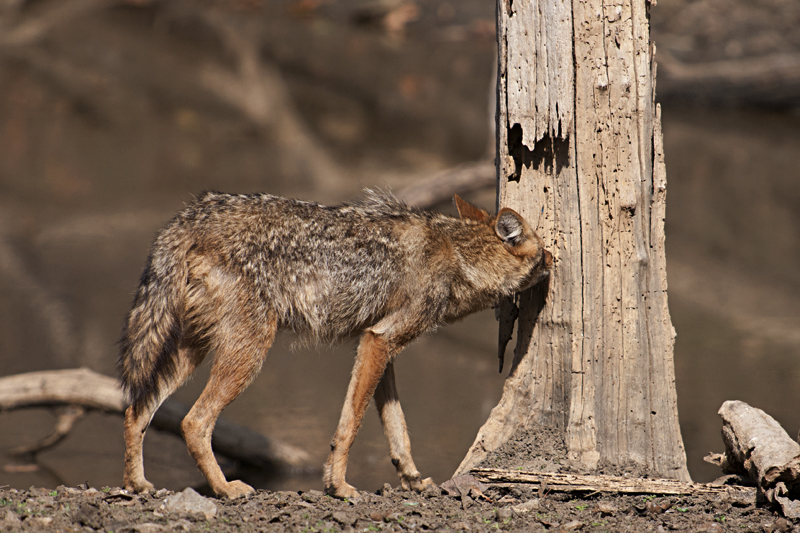