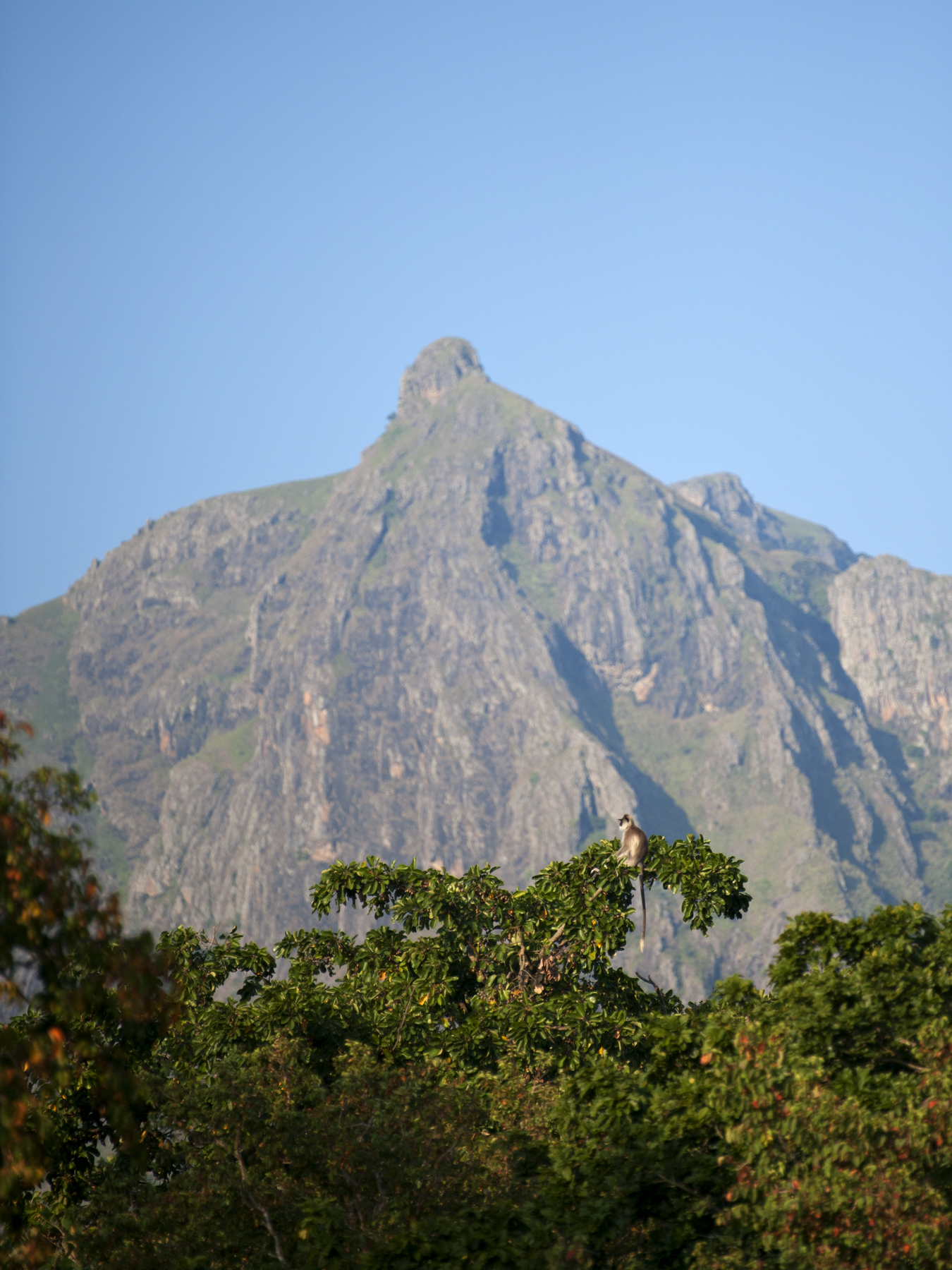 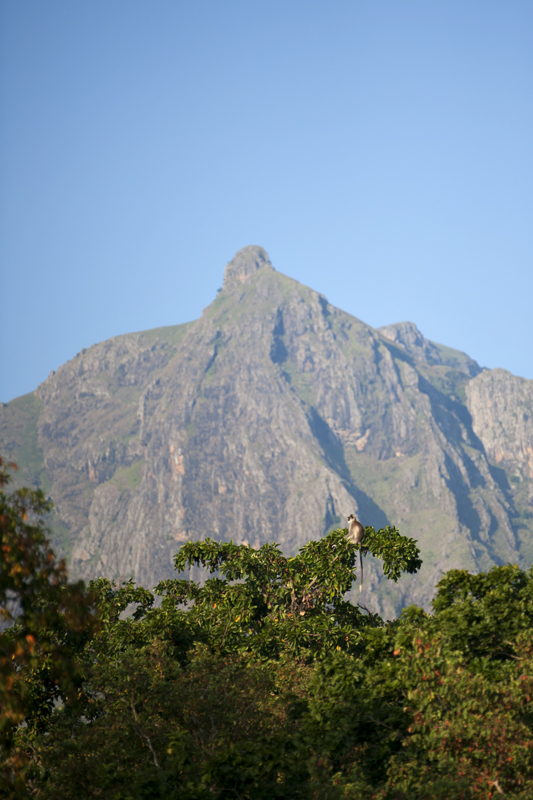 As photographers we are always on the lookout for moments to capture the wildlife subject in the act of doing something, since that increases the excitement level in the image. Pictures freezing the wildlife subject in action is popular amongst wildlife enthusiasts.  Rarely do you come upon a situation where a subject sitting still and posing for a portrait can tell an interesting story. While this is true in most situations, here’s one where it is not.

I was out birding near Masinagudi and testing the off roading capability of my new X-Trail at the same time. As we aimlessly kept driving around, we reached a location which was well shaded with tall trees all around and the hills in the background made an beautiful landscape setting. I took a couple of images at 90mm with the D700 with 70-200mm f/2.8 lens and when I zoomed in to check the detailing I spotted the lone Langur perched right on top of the canopy.

I switched to the D300 with 300mm f2.8 with 2x TC and took a few images at 600mm and on closer observation the story kind of unfolded. This looked like the dominant male of a troop of Langurs and it was keeping guard from the top of the canopy for potential predators. It was interesting to observe the Langur sitting almost motionless and keeping vigil for threat from both above the canopy and from the ground below while its troop was feeding amongst the lower branches of these trees. Langurs are known to be taken prey by raptors like the Crested Hawk Eagle and they are ofcourse the prey of choice for Leopards. While this vigil was on, the Langur on top of the canopy against the backdrop of the mountains made for some lovely compositions. 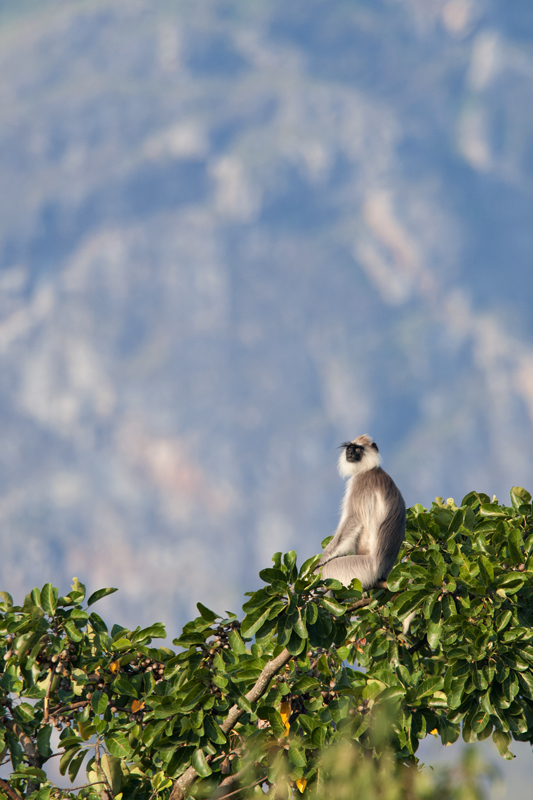 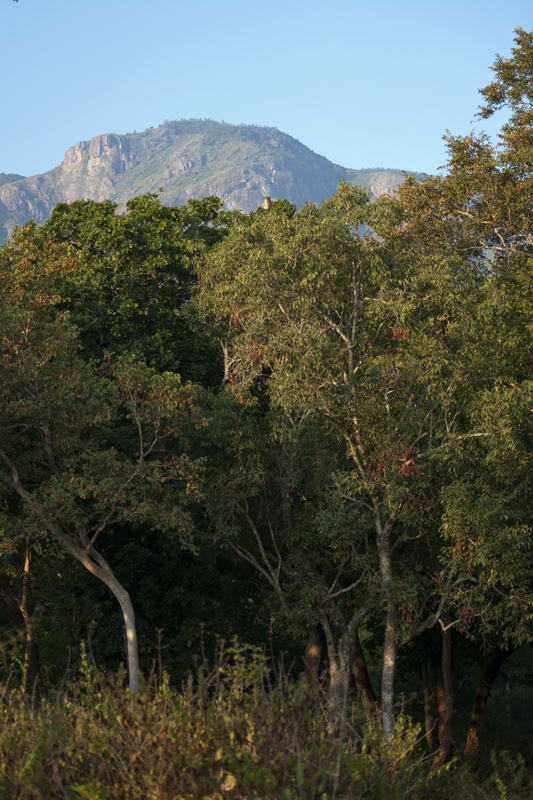 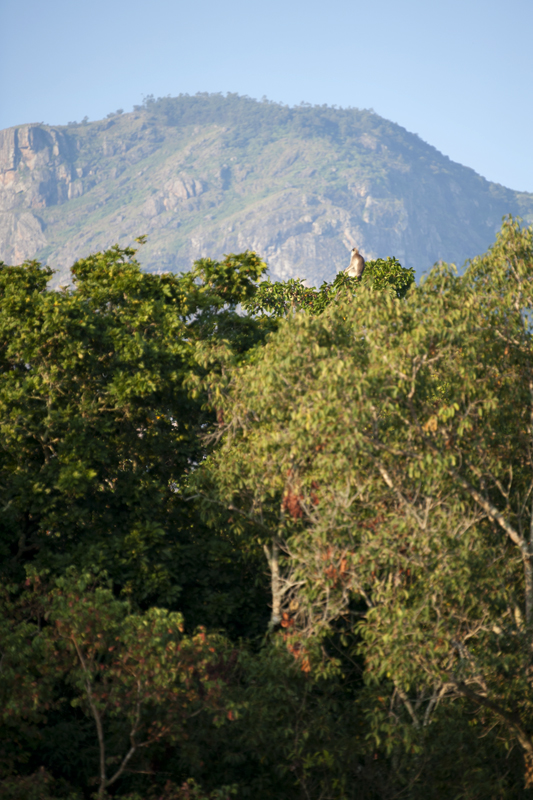 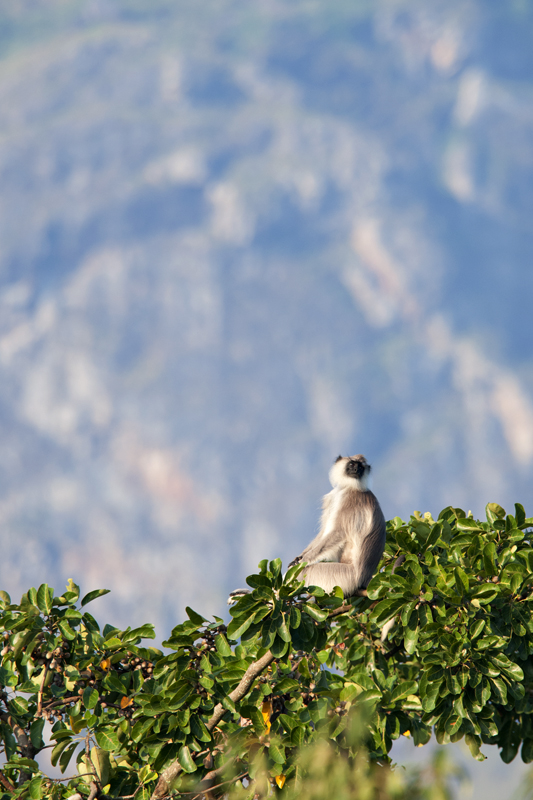