The Bandipur national park is a haven for Bengal Tigers. The Bengal Tiger population in the park is on a brisk growth, if the recent sightings were anything to go by. However, this is based on the Tiger sightings before July 2012, because after that the Supreme Court of India banned tourists into all Tiger reserves in the country. Now that the reserves have been opened to tourists once again, we thought it would be a good time to share an experience that we have had with a Bengal Tiger.

We have always felt that there is something really majestic about the Tigers. No wonder they are called the Royal Bengal Tiger in India. We saw this Tiger sleeping by a waterhole in the Bandipur national park on a hot summer afternoon. What was amazing about this huge male Tiger was that it was completely at home and undisturbed at the waterhole in spite of the presence of numerous tourists. Tourists in jeeps would come and go. But this Tiger went about his siesta absolutely undisturbed except for the occasional glance or the swipe of his tail to chase away some annoying insects or the shake of his leg to terrify an adventurous frog that had climbed onto his back.

We spent a couple of hours waiting for his majesty to wake up and grace us with his dashing looks, but it was not to be. The Tiger didn’t budge and slept away while we waited. And we came away with photographs of this “sleeping giant” as seen in the last image in this series. 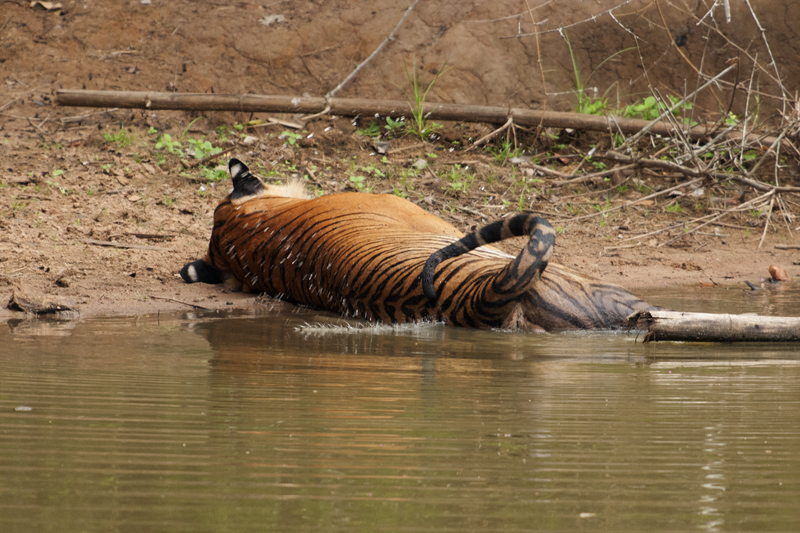 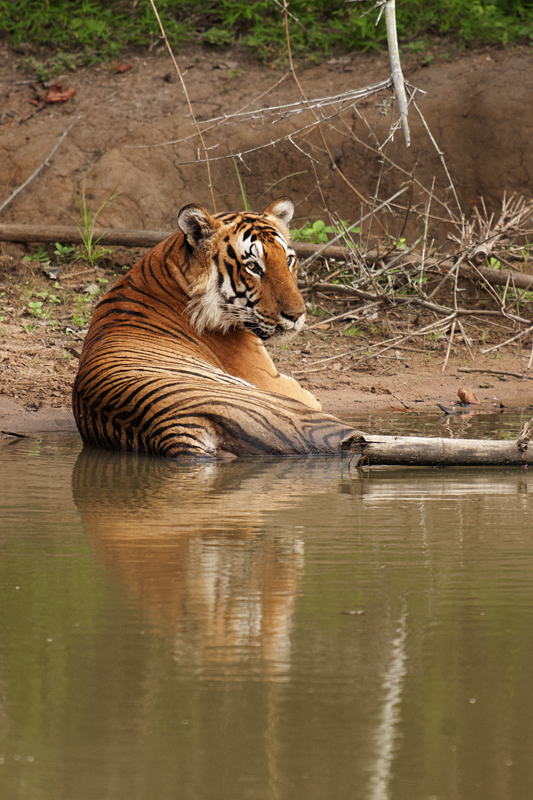 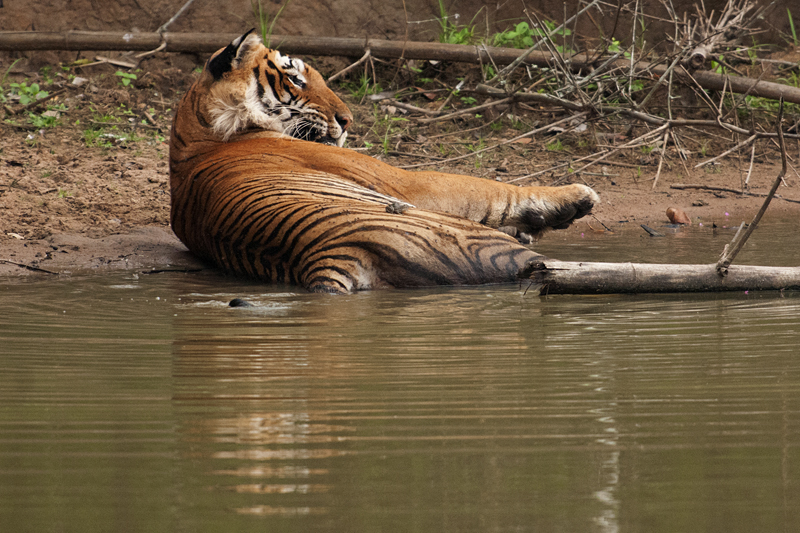 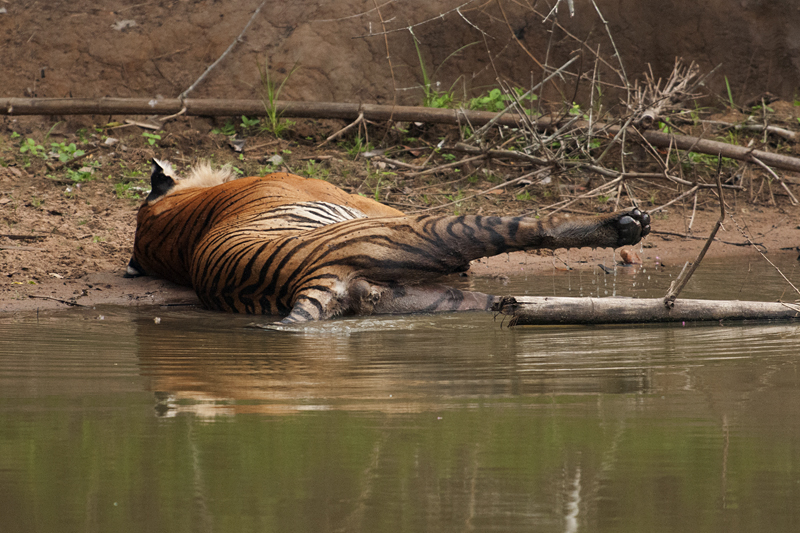 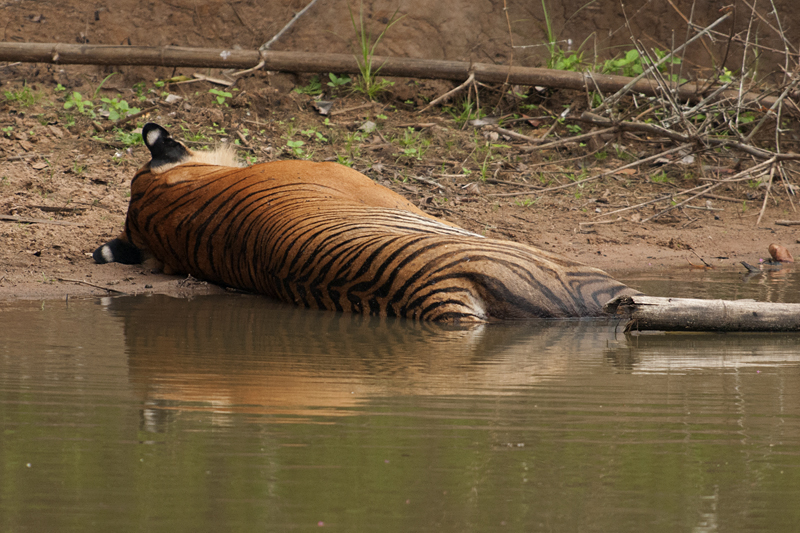