Animals of India #73 : The Leopard son who refuses to grow up

We were on an exciting evening safari in the Nagarhole national park on the banks of the Kabini backwaters. The safari had begun beautifully with the sighting of the huge tusker that we wrote about in the post titled “Camouflaged Elephant”. Little did we know that we were about to get luckier soon. As we continued with the safari, we heard Langur alarm calls. We immediately stopped the jeep and and tried to spot the troop of Langurs because we knew that once we spot them, they would lead us in the direction of the predator.

The predator could have been anything from a Bengal Tiger to a Leopard or even Dholes (Asian wild dogs). We spotted the Langur troop on a nearby tree and saw that most of them were feeding calmly except for one that looked agitated and kept raising the alarm. By experience we know that Langurs are excellent spotters of predators. Normally the whole troop would raise the alarm, unlike this time round, where only one of them was raising the alarm and the others were busy foraging. This behavior could mean that the predator had moved on from that location.

Our naturalist kept asking us whether we should move on since it looked like the predator had gone. But we had this feeling that we should wait and we did so for over 20 minutes. Finally we felt that there was no predator to be spotted and indicated the jeep driver to move on. The driver started the Jeep and just then we saw a Leopard jumped onto a tree close to the jeep tracks from the Lantana below. After a few seconds it got down from the tree and moved deeper into the Lantana and soon climbed onto another small tree a little distance away from the jeep.

The Leopard kept looking down into the Lantana and kept growling and instinctively we knew there was another Leopard on the forest floor. We were wondering if this was a courting pair but our guide pointed out that this was a mother and male cub. The mother Leopard was trying to separate from the male cub who was almost two years old, but the cub was refusing to let go of the her. The resultant skirmishes and tension between the two was the reason behind the persistent Langur alarm calls, even though in the current situation the Leopards were never hunting them.

All the images posted here are of the sub-adult male cub. The mother refused to show herself throughout the time we spent watching this action. 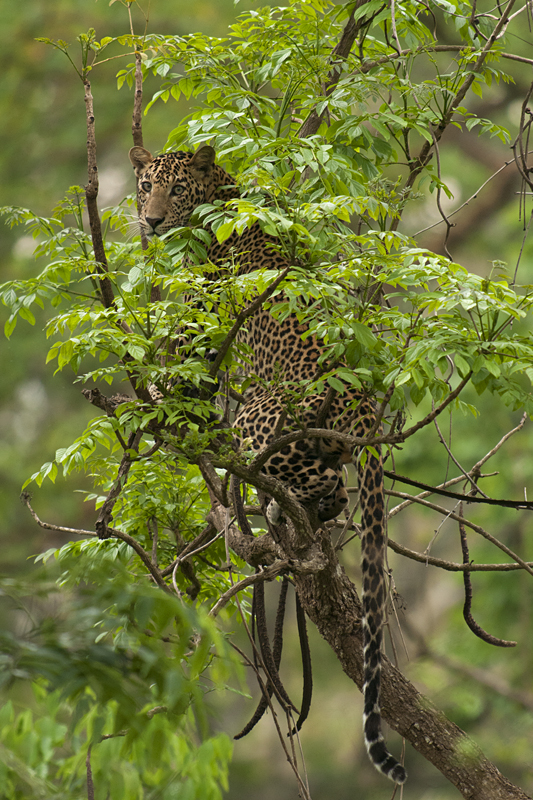 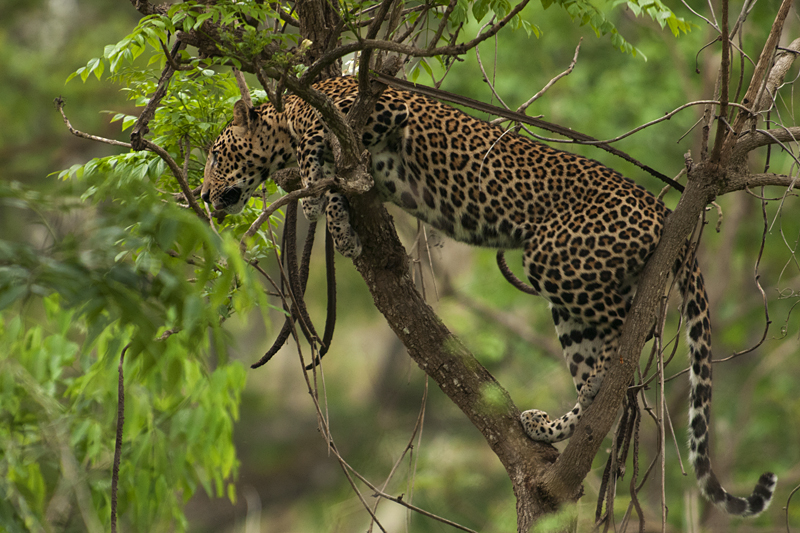 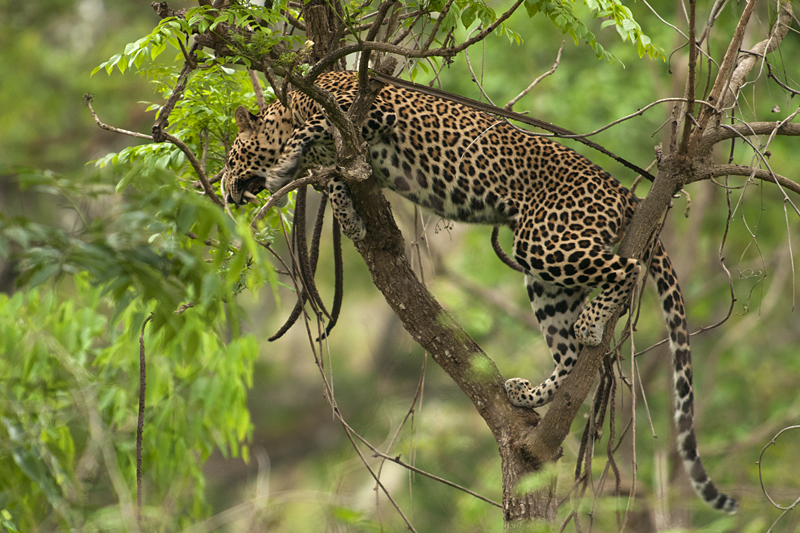 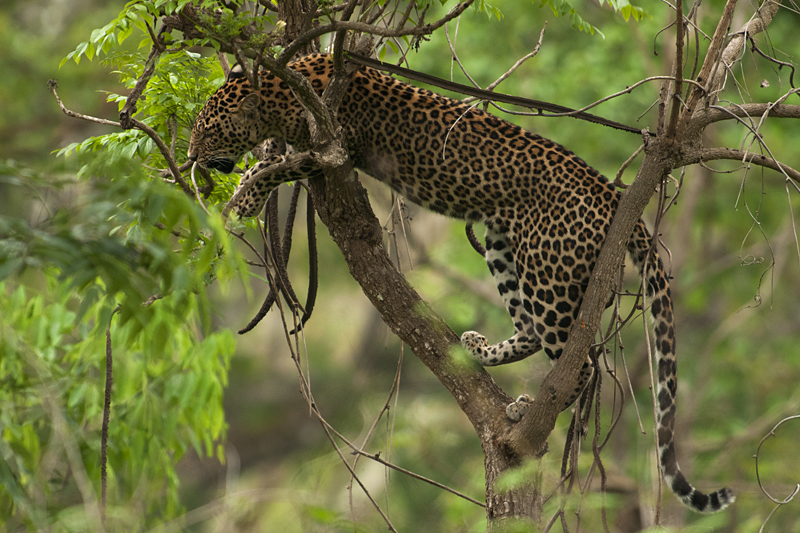 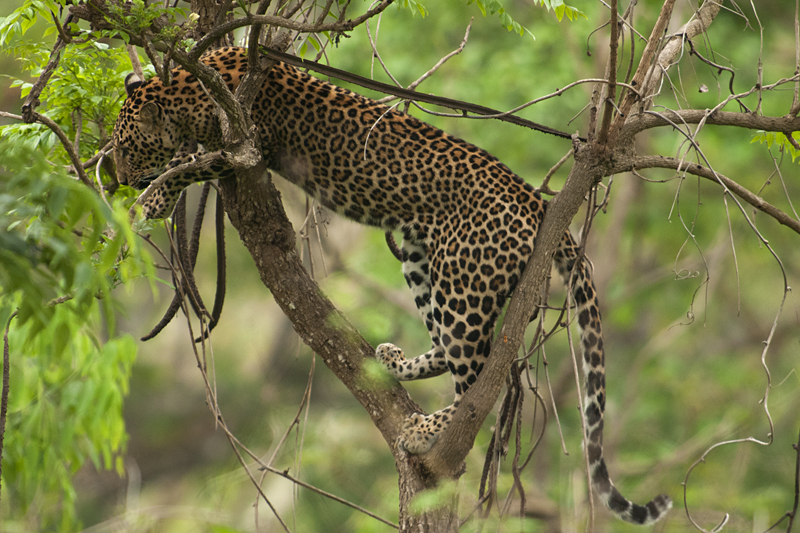