Animals of India #74 : Portraits of a Bull Gaur

The endangered species of the Indian Gaur is also the largest species of wild cattle in the world. And the BR Hills, Bandipur and Nagarhole national parks are some of best places in India to photograph these gentle giants within close quarters. Those of you who have seen them in the wild will agree with me when I say that the bull Gaurs are more skittish than the female Gaurs. Most of the times as soon as a jeep gets close to them, they tend to walk away further into the Lantana while the females stand around and curiously look at the jeep.

Once on a safari in BR Hills we noticed a huge bull Gaur grazing along the jeep tracks. As soon as we approached it, the Gaur immediately disappeared into the tall grass. We were more cautious when we saw a second bull Gaur the next day and stopped the jeep at a comfortable distance so as to not disturb it.

This Gaur was a little more tolerant of the jeep and stood its ground and continued grazing by the side of the jeep track as seen in the first image. 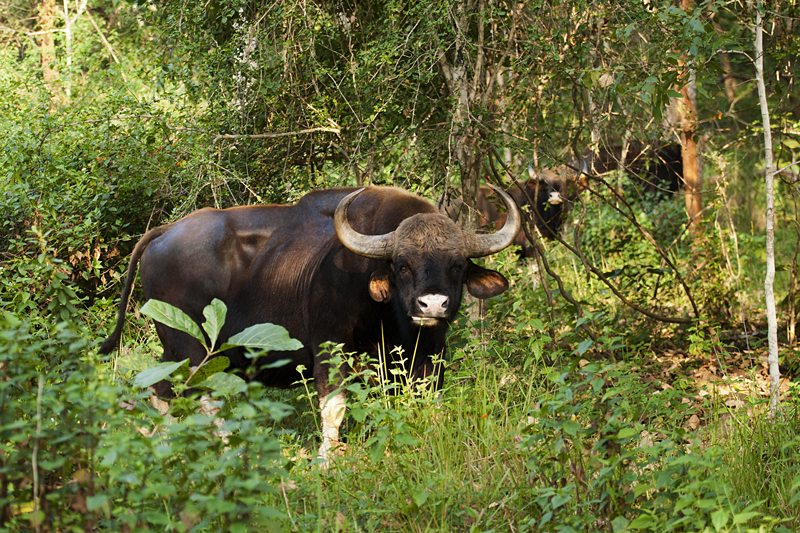 We had switched off the engines of the jeep and waited motionless. The Gaur rewarded our stillness by approaching the jeep. As soon as it got close, it looked up and strained it’s ears to pick up any strange sounds coming from the jeep. 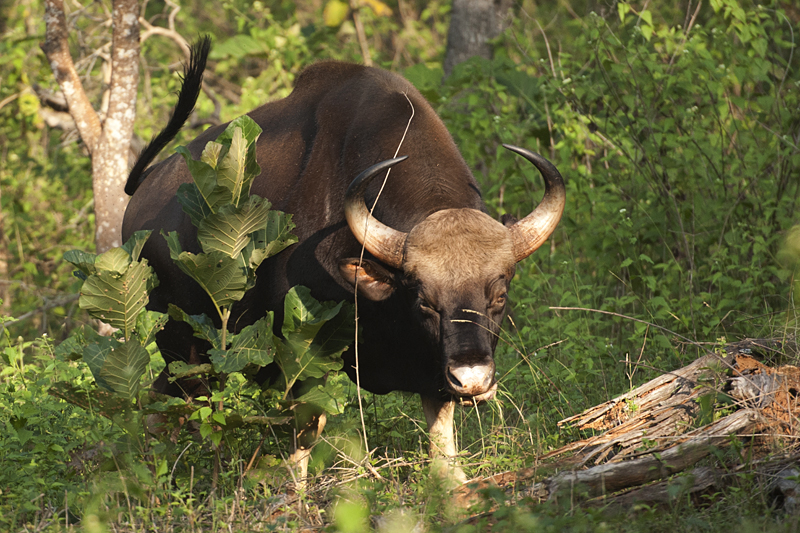 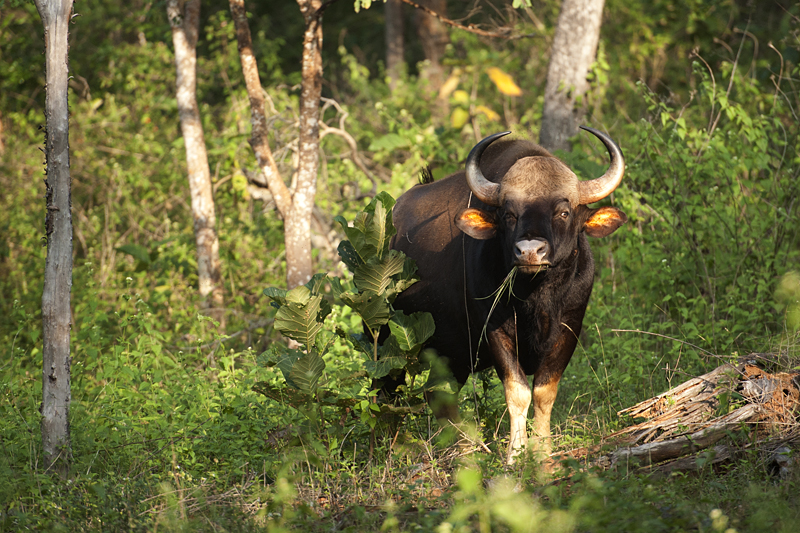 When it was comfortable that neither the jeep nor it’s strange occupants were of any threat to it, the Gaur crossed the jeep track. While doing so, it revealed it’s massive build of over a ton and we lapped up the opportunity to photograph this fully grown bull Gaur in the open. The rippling muscles glimmered in the morning sunlight making a beautiful portrait. 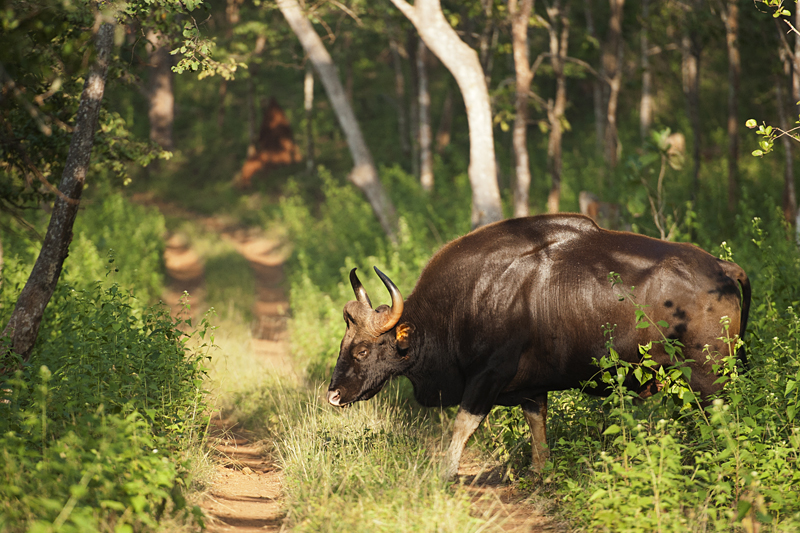 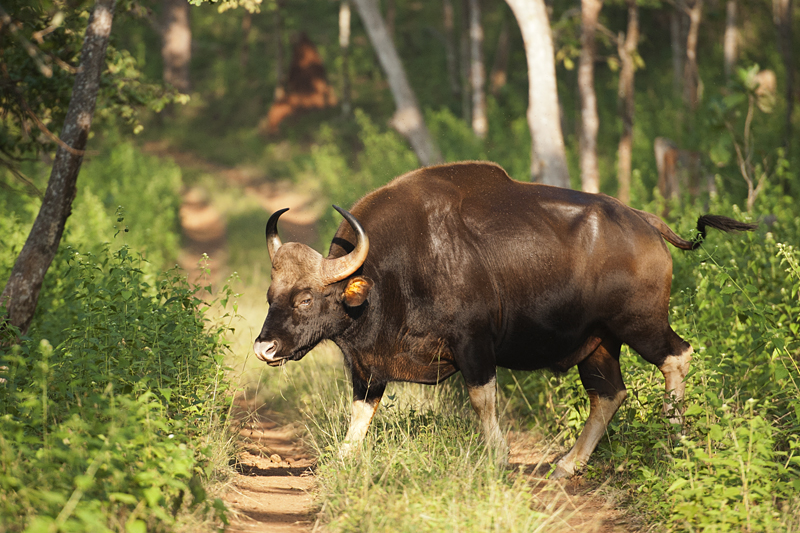