Animals of India #75 : A Gaur and its calf under attack

We were on a morning safari in the BR Hills wildlife sanctuary and were on our way to the location where we had heard Chital (Spotted Deer) alarm calls during the previous evening safari. The safari started off on a good note with the spotting of the endemic endangered Nilgiri Wood Pigeon. As we continued with the safari, we once again heard Chital alarm calls in the distance.

We rushed to the area where we thought the alarm calls came from. As we were approaching the location, we saw a herd of Gaurs standing right in the middle of the safari tracks. As we came close, the herd dispersed unwillingly. But a mother Gaur and calf stood there and stayed close to the safari track. The agitated behavior of the Gaur herd and their reluctance to go into the lantana was a clear sign of a predator on the prowl nearby. We immediately switched off the engines and waited. After a minute or so, the mother Gaur looked at the calf and it quietly settled down on the forest floor. This was another indication that there was a predator somewhere in the lantana close by.

The only predator that is powerful enough to attack a Gaur is the mighty Bengal Tiger and we were hoping to catch a glimpse of one. We were quite certain since we had seen this kind of Gaur behavior once before. However, after five minutes of tension, the Gaur herd settled down and disappeared into the Lantana. It was an exciting experience to observe this tiny calf sit motionless all the time while the mother Gaur stayed close reassuring it. After the coast was clear, the mother Gaur and calf went and joined back the herd. 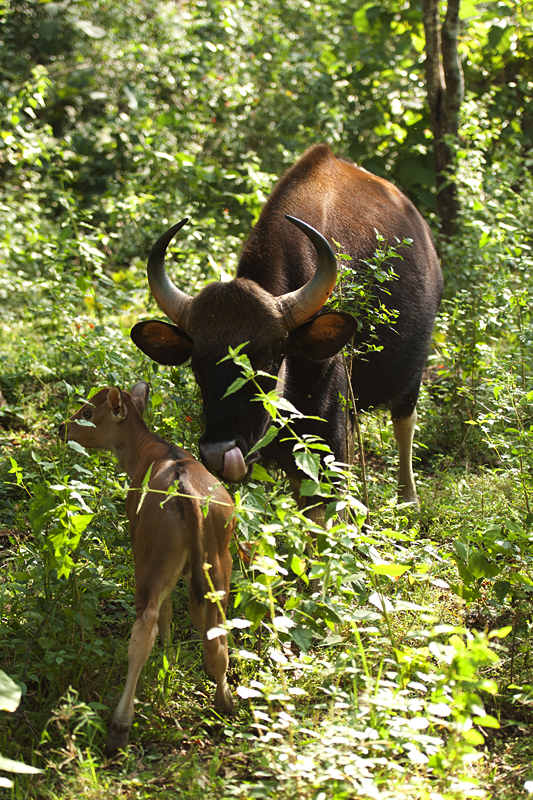 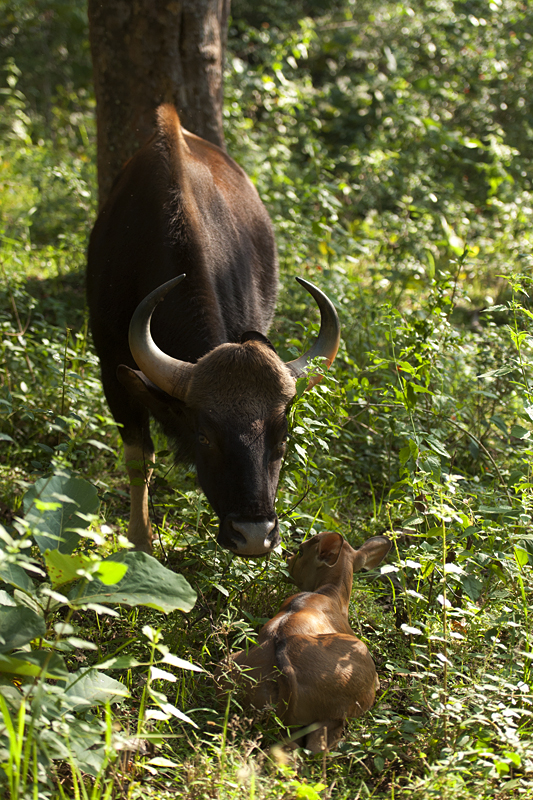 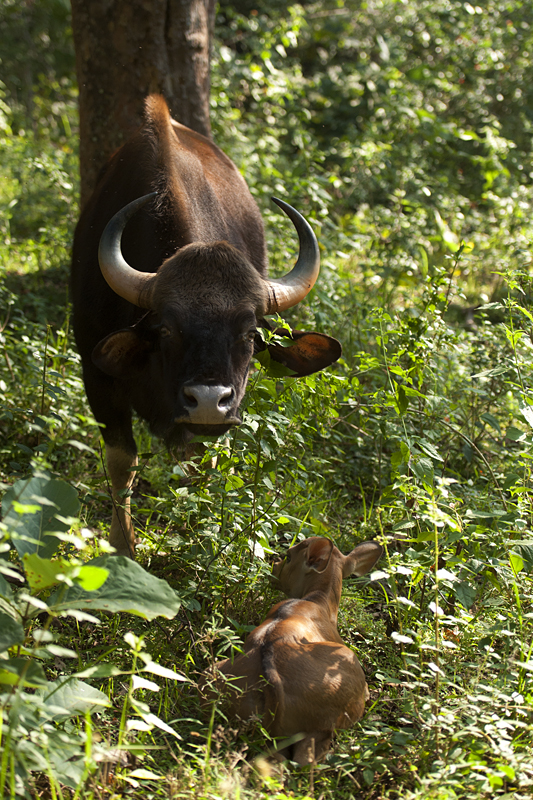 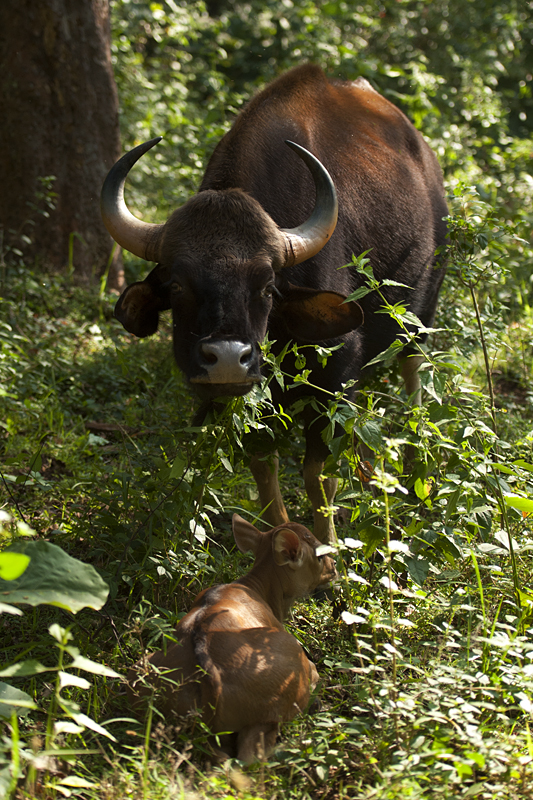 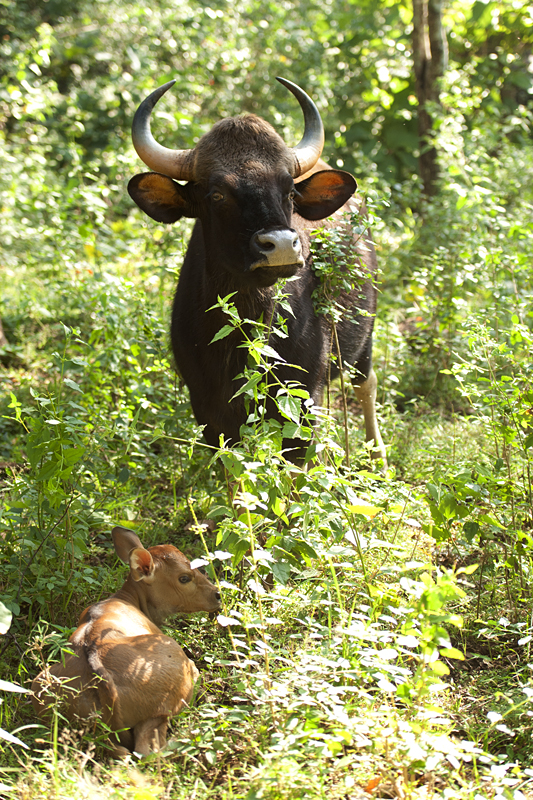