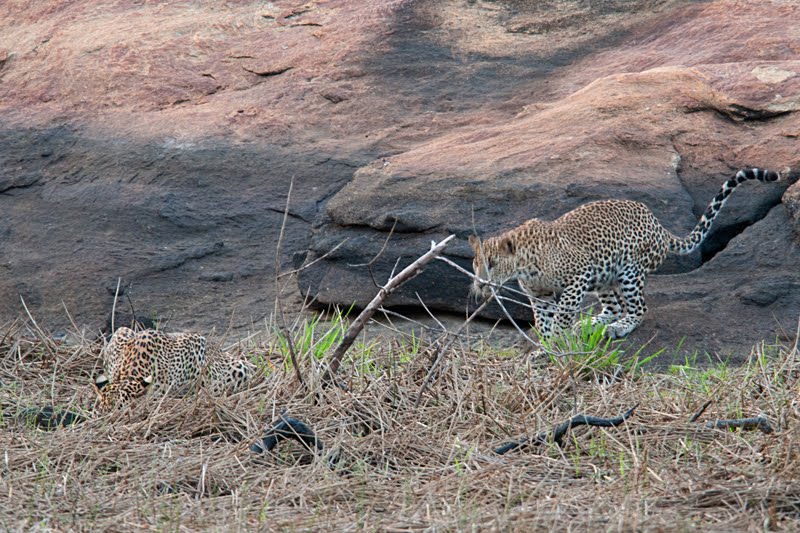 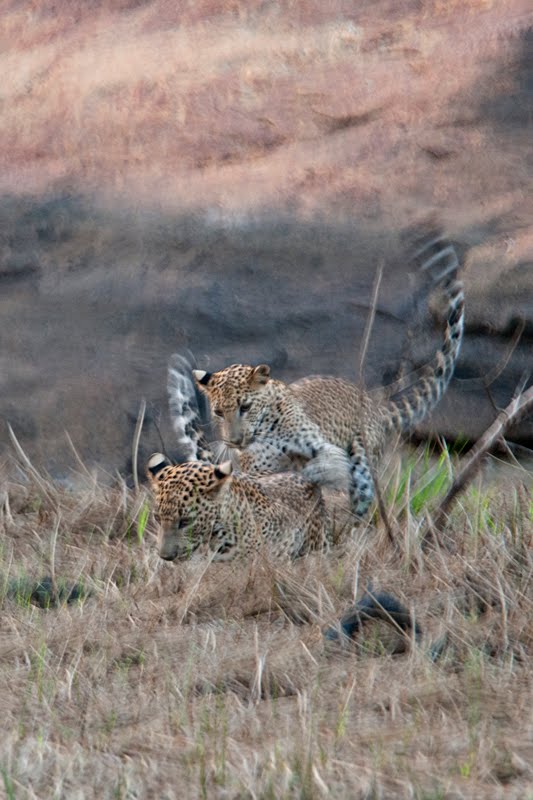 Having spotted the Leopardess and her sub-adult cubs that we wrote about in part 1, we decided to frequent the particular location on every safari to observe Leopard behavior and capture them in their various moods. We reached the location pretty early in the morning and we once again spotted the sub-adult Leopard sitting near the waterhole. After taking a couple of images, we realized that the low light condition was going to make photography challenging and there was no way that we could capture any wildlife action.We were struggling to get sharp images of the Leopard in the low light, when we saw a sibling Leopardess decide to practice her mock attacks on her brother who was busy drinking water. Watching her crouch, take off into mid air and then land on her brother’s back was quite an experience. We decided to boost the ISO and capture the action, hoping for the best. The low shutter speeds had captured the flowing action with motion blurs making the whole experience more realistic. 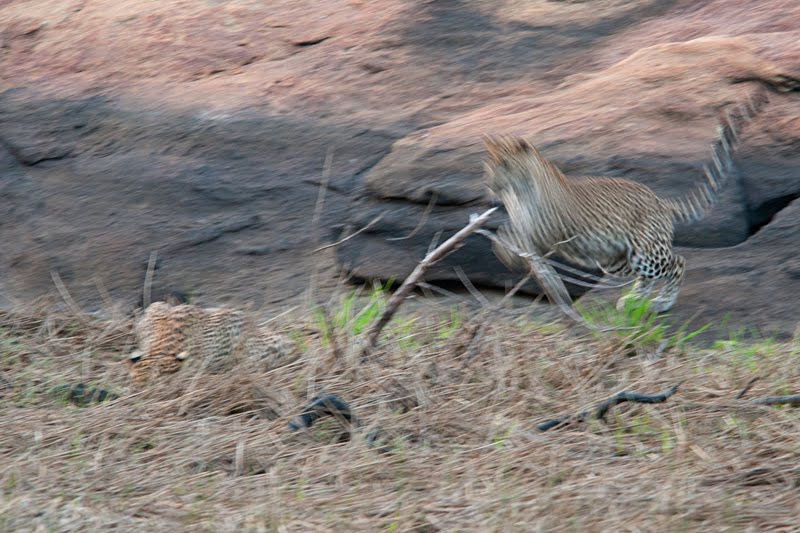 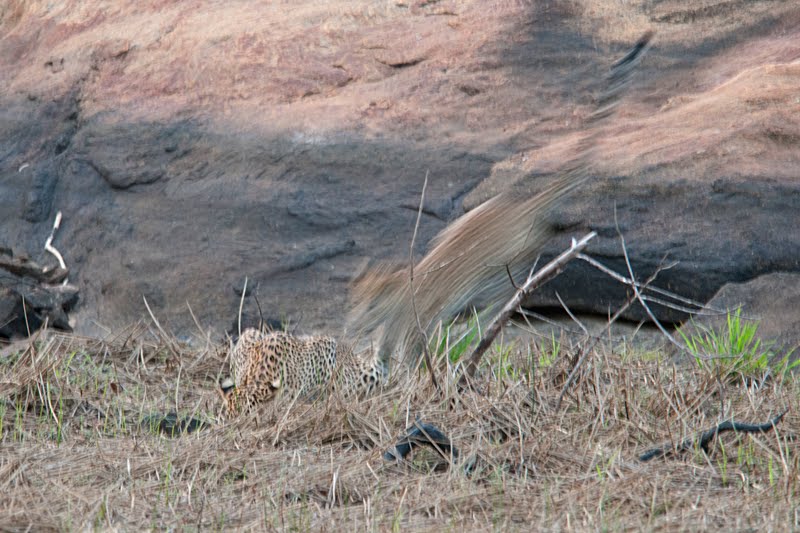 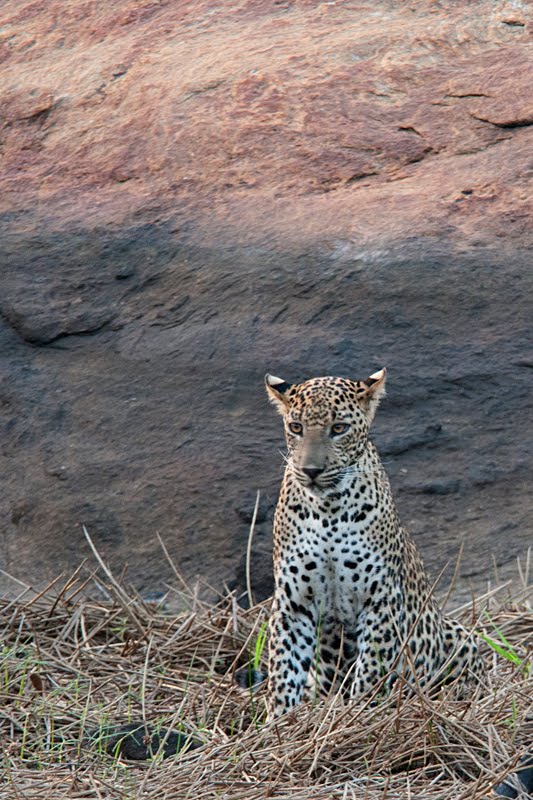