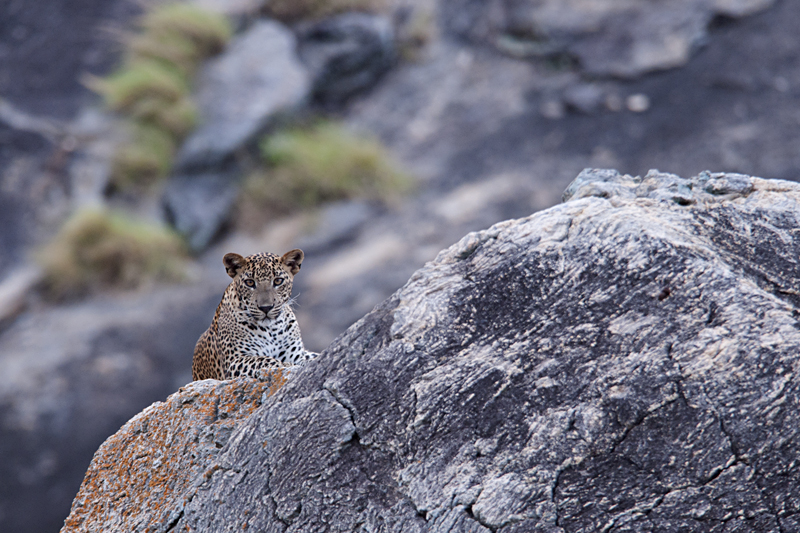 In the previous edition of the Yala Leopardess and her cubs series, we wrote about our sighting of the Leopard cubs on a huge rock. They were out of reach of our camera equipment and we were unable to take any photographs. But in spite of not being able to photograph them, we had a good time observing the cubs who were lazing around. One can get the best portraits of a Leopard when it poses for you sitting on a rock or a tree and that is exactly what we will cover in this final edition of the series on Yala Leopardess and her cubs.

We left our campsite early morning and reached the location, where we had been sighting the Leopardess and her cubs for two consecutive days. To our pleasant surprise we spotted one of the Leopard cubs sitting at the edge of a huge boulder. We quickly parked our Jeep at a vantage point and spent the next 30 minutes observing this juvenile Leopard who seemed equally amused and curious by all the excitement it had created amongst human spectators. We came back happy with the sighting as well as with the portrait shots of this handsome Leopard. In case you missed the earlier editions of this series, here are the first, second and third editions. 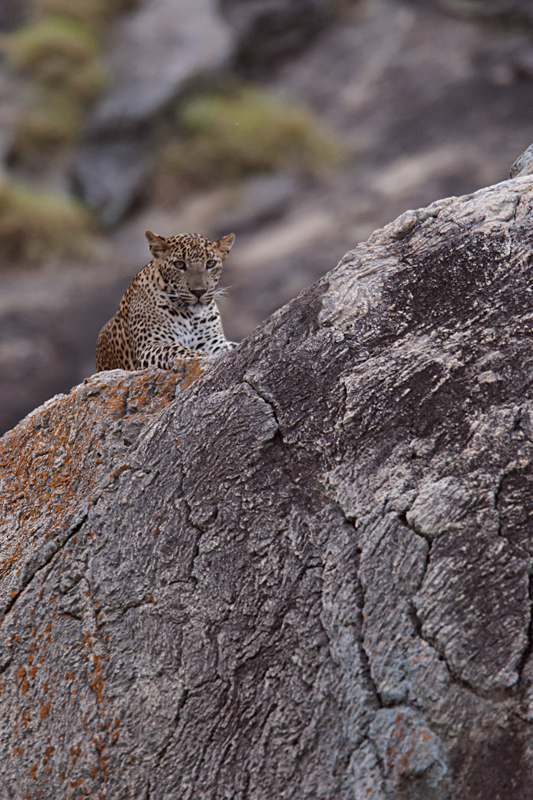 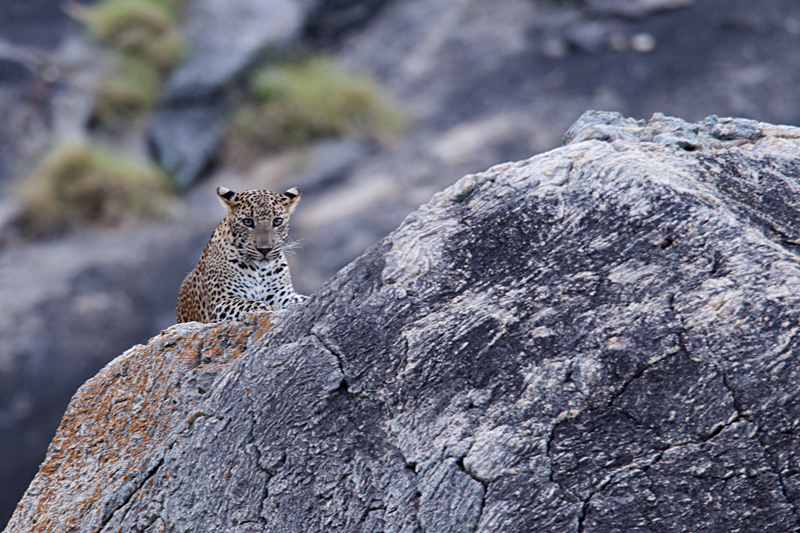 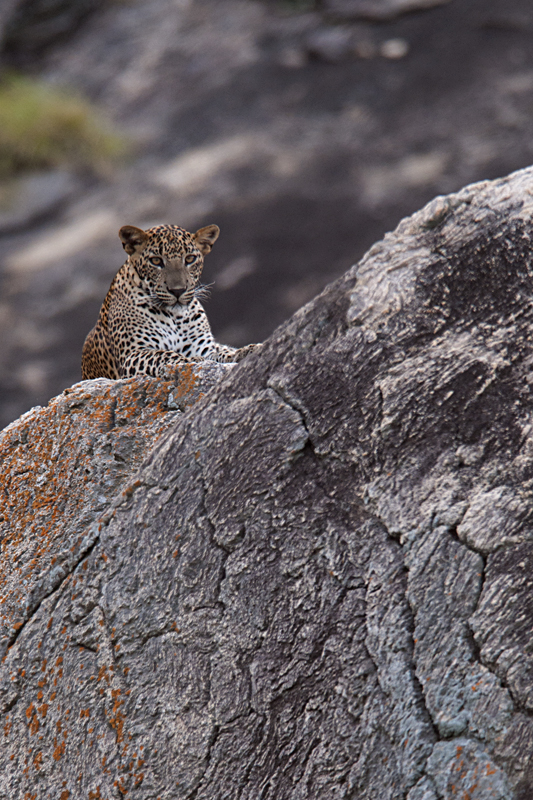