Antics of a Langur Platoon in Corbett National Park

After completing the check-in formalities and lunch at Dhikala forest lodge, we started our first safari of this trip into Corbett National Park. As we took a turn on the Sambar road we noticed a few Langurs sitting on the safari track a little ahead. As always I was holding the D300 with the 300mm f2.8 lens 2x TC setup and instinctively took this closeup image of one of the Langurs. 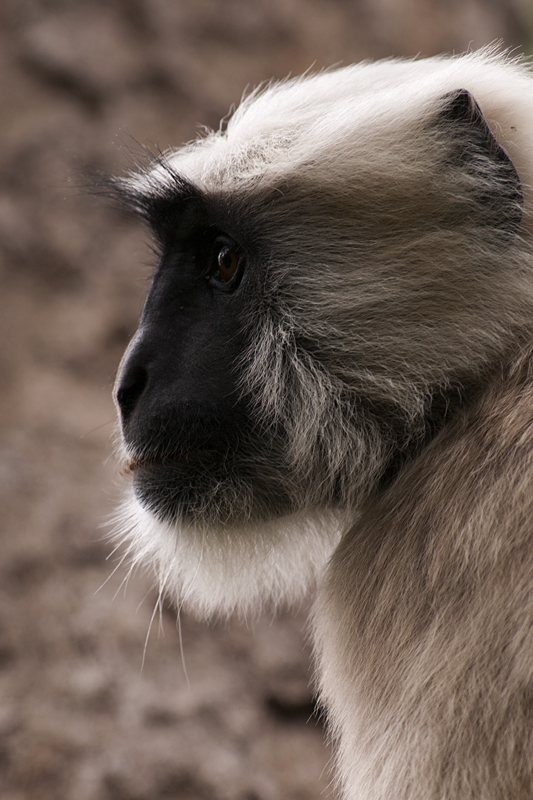 Then I switched to the D700 with 70-200mm f2.8 and got this image of the some of them sitting on the forest floor watching the other members who were foraging higher up in the adjoining Sal trees. 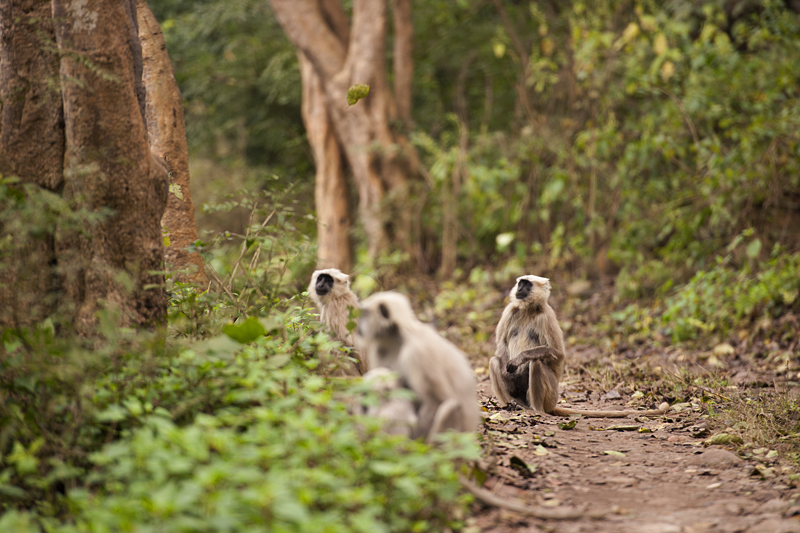 Interestingly these Langurs sitting on the Sal trees were carefully hand picking and eating the new shoots of the Lantana. While we have seen Langurs eating Lantana flowers, eating their leaves and shoots, was a first for us. 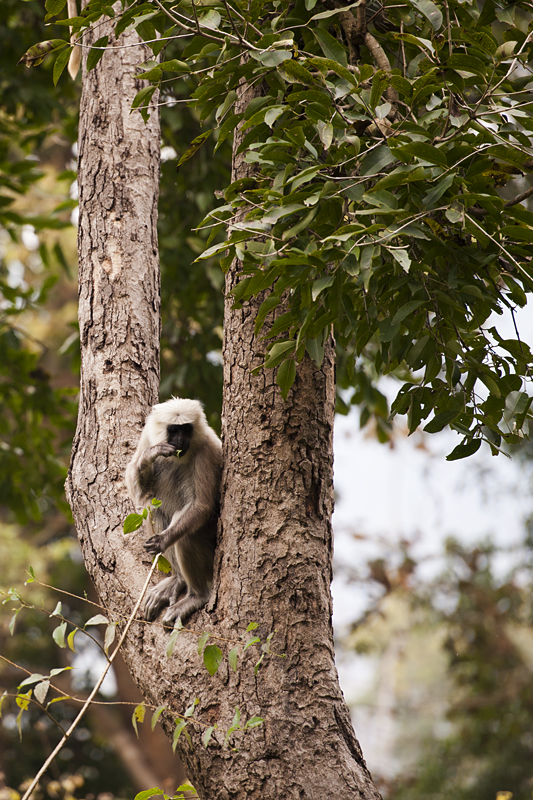 It was of course playtime for the young ones of the platoon who were jumping all over the place. Some adults (last image) performing sentry role kept vigil over both predators, like Tiger and Leopard, and tourists, like us. Once before we had followed a Leopard on a spectacular hunt for Langurs. After spending about fifteen minutes, we moved on to get our first glimpse of the famous Dhikala grasslands of Corbett National Park. 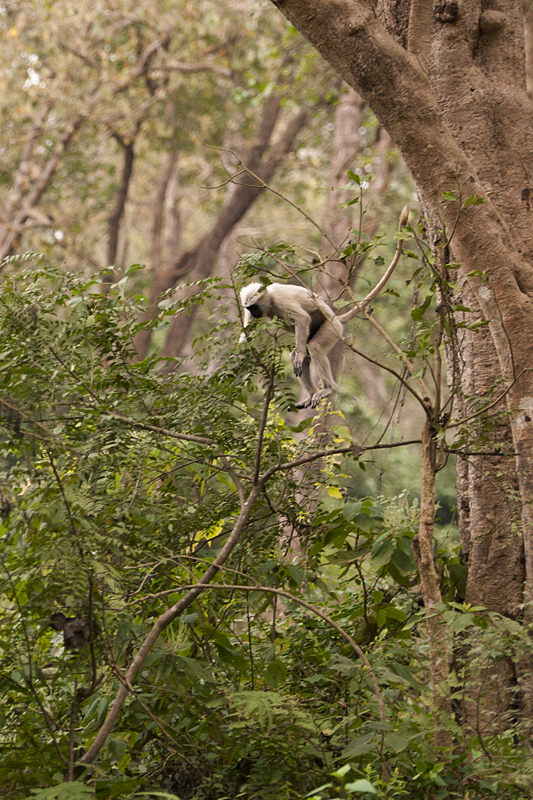 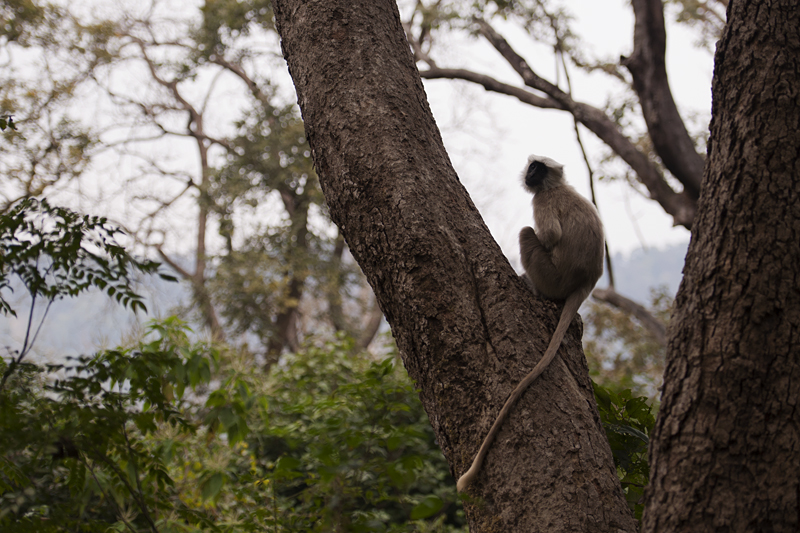