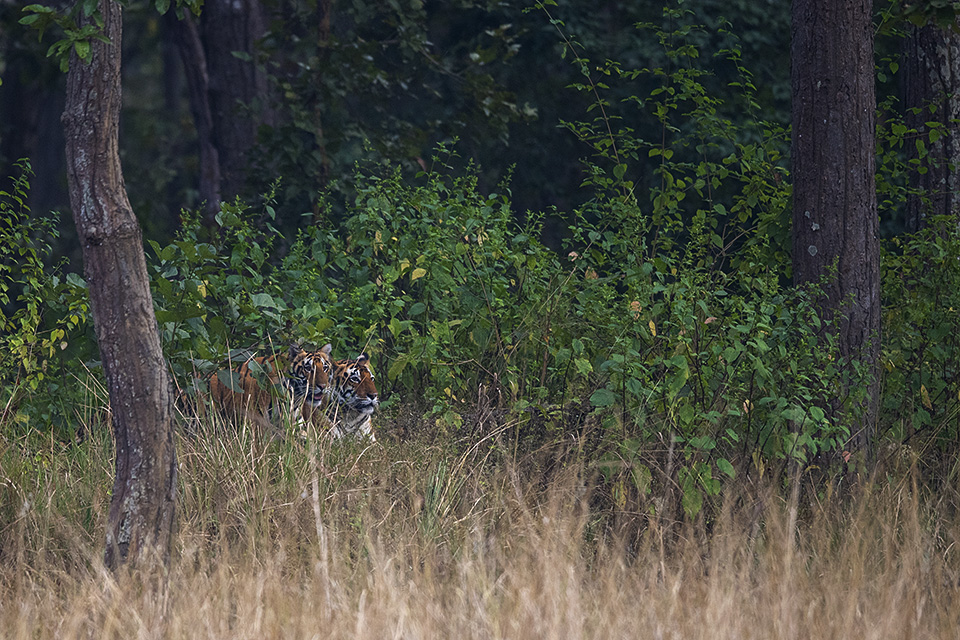 We were on an afternoon safari in Kanha National Park when we saw a Barasingha grazing in a waterhole. I was wondering how would a distress call of a Barasingha sound and enquired with the guide. With the guide describing how the distress call would sound, we drove off to another road to look for other wildlife, . We had not gone too far, when we heard that exact should that the guide had described minutes ago. And it looked like it was the same Barasingha, at that waterhole, which was giving the calls. We rushed back to the waterhole and spotted a Tiger.

To our amazement, it was not just a Tiger, it was a Tigress along with its cub. They were sitting at the edge of the waterhole, in plain view of the Barasingha, that was hyperventilating, thanks to their presence. As the cub was getting restless, the Tigress soon decided it was time to move deeper into the thicket. But before moving on, she scent marked a tree.

This is the only clear shot we got of her before she disappeared into the wilderness, with her cub in tow. More about the hyperventilating Barasingha in the next post on Kanha.