After numerous unsuccessful attempts earlier today to photograph a Harrier at close quarters, we spotted this female Montagu’s Harrier settling down on the ground, as the evening breeze cooled the area. We cautiously approached it and took this record shot (below) and then slowly moved closer to get the feature image of this post. 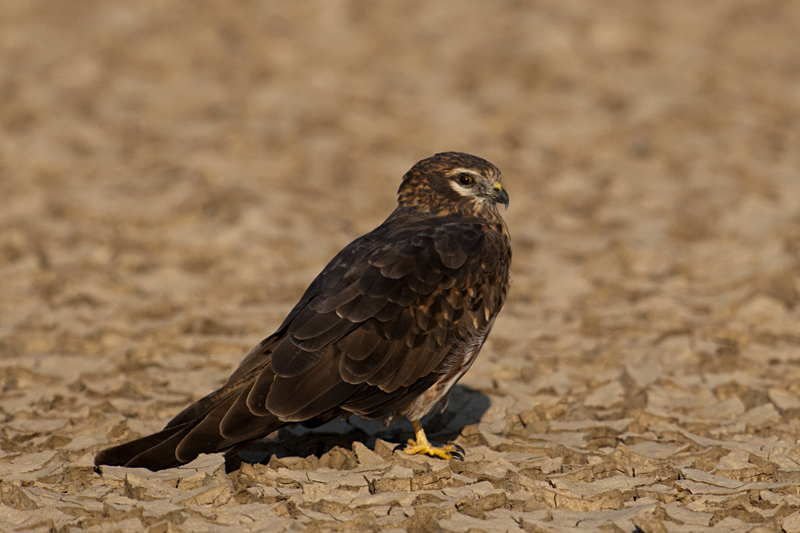 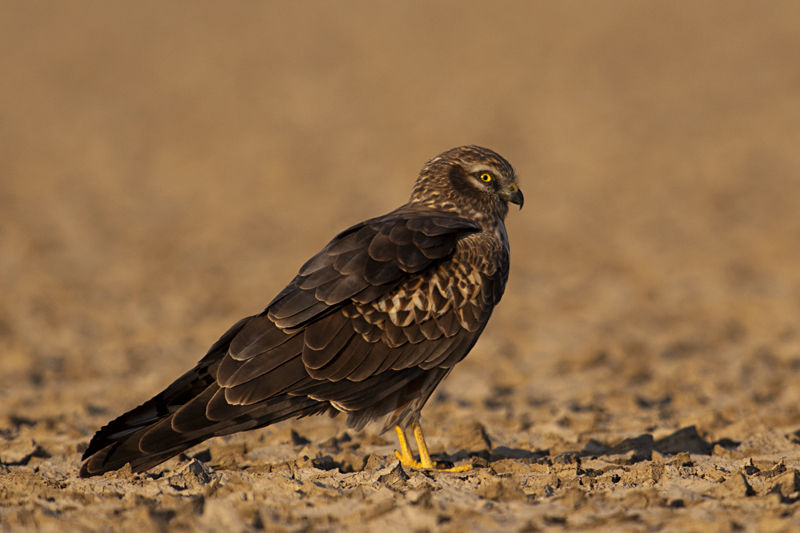 I was ecstatic that we could finally get really close to this Harrier. After I was satisfied with my pictures, we turned our attention to another female Montagu’s Harrier perched at a little distance away. We took a few record shots, as always, before approaching closer, but this one flew away before we could get close enough for frame filling compositions. The same was the case with the Marsh Harrier. I noticed that the raptors were quite tolerant to the approaching jeeps thereby allowing us close to them. However, as soon as we breached their comfort zone, they would fly a couple of yards and settle down once again, as if telling us not to get too close. 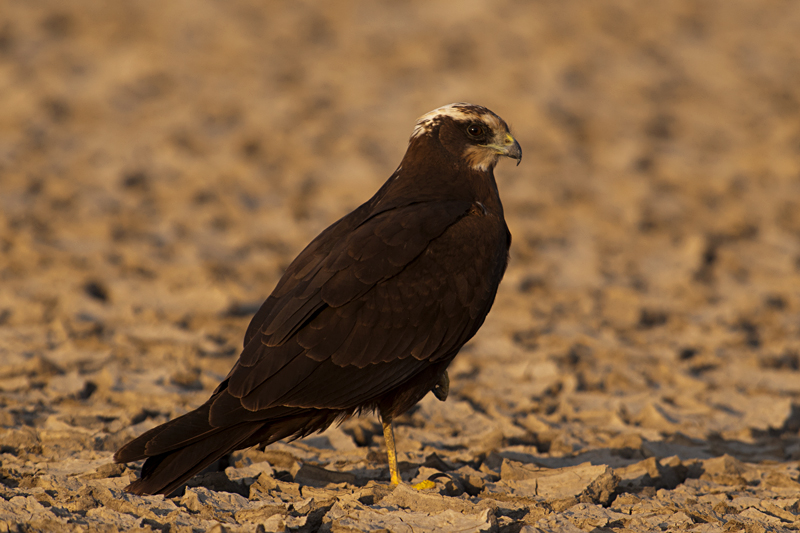 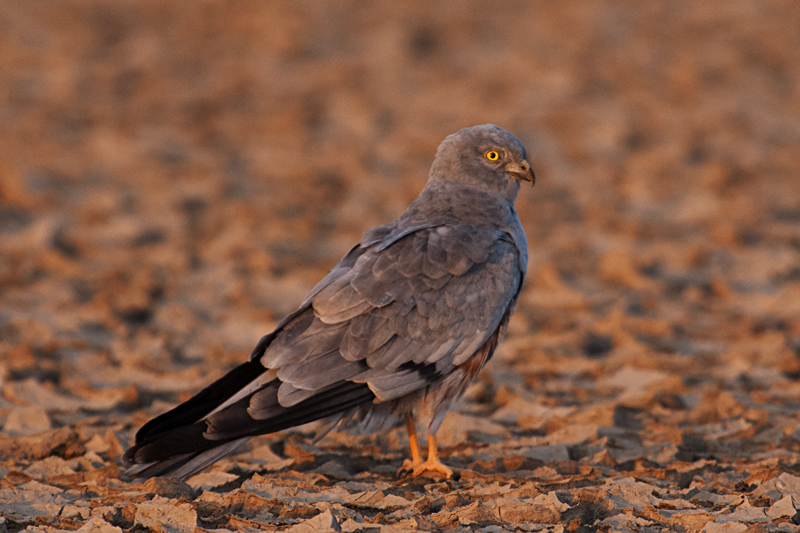 As the golden hour sun was setting, we spotted a male Montagu’s Harrier. We approached it cautiously and took a couple of record shots before moving closer to it. We finally got close enough to get an eye level composition in the fading evening light. And then when we looked around, I realised we were surrounded by countless Harriers all of whom were settling down for the evening on the Little Rann of Kutch. 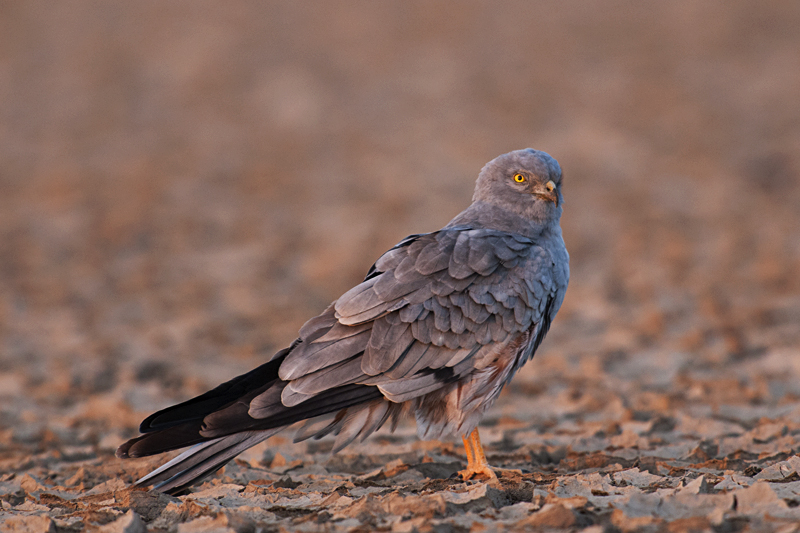