The monsoon season is the best time to see large herds of Indian Gaur in Bandipur National Park. It is a no brainer given the abundance of fresh grass and water. We started this safari into Bandipur National Park and were awe-struck by the plush green forest cover. A White-breasted Kingfisher (below) sat motionless looking for a potential meal at one of the many overflowing waterholes. 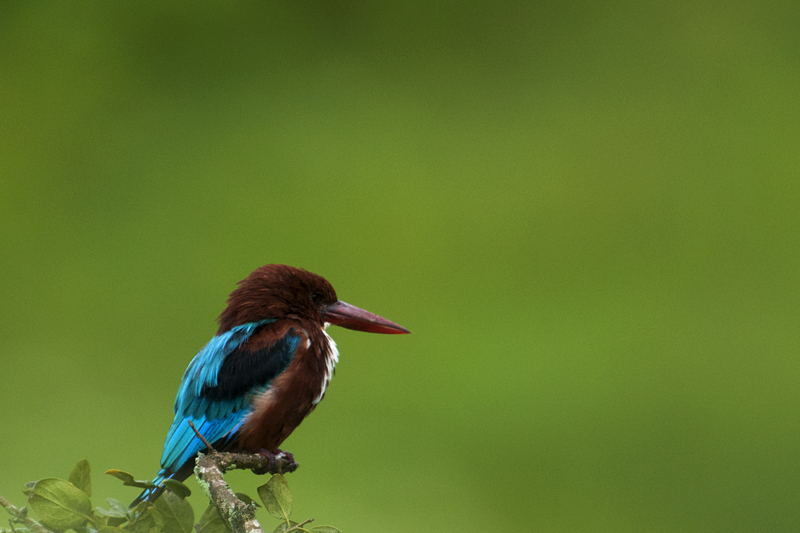 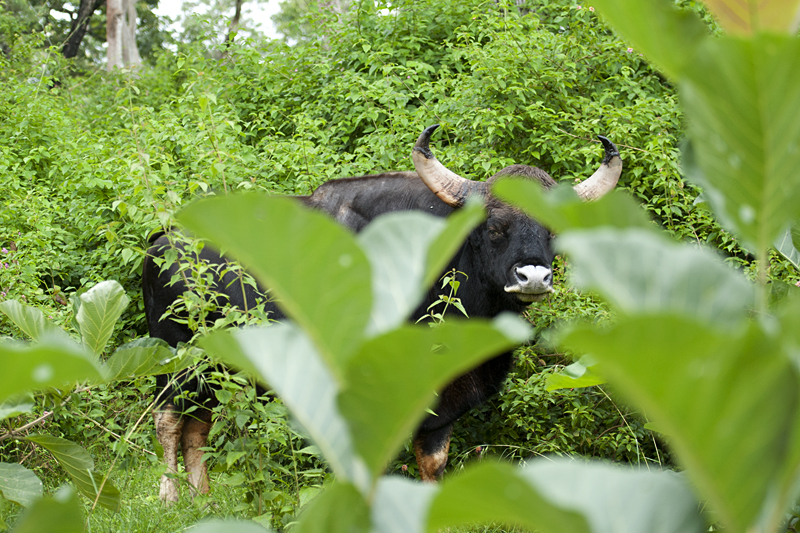 A little further into the safari, we saw a Gaur bull (above) hidden in the thick undergrowth. Another look at the beast and we knew we had chanced upon a one tonne giant and requested our driver to maneuver the Jeep to get a better view. No sooner had we switched off the engine he moved a bit and we got a clear view of the bulky high dorsal ridge (below) of this Indian Gaur bull in its prime. After a couple of minutes, he hurriedly disappeared into the thick lantana, not before we got a full frame picture, which we used as the feature image (first image) of this post. 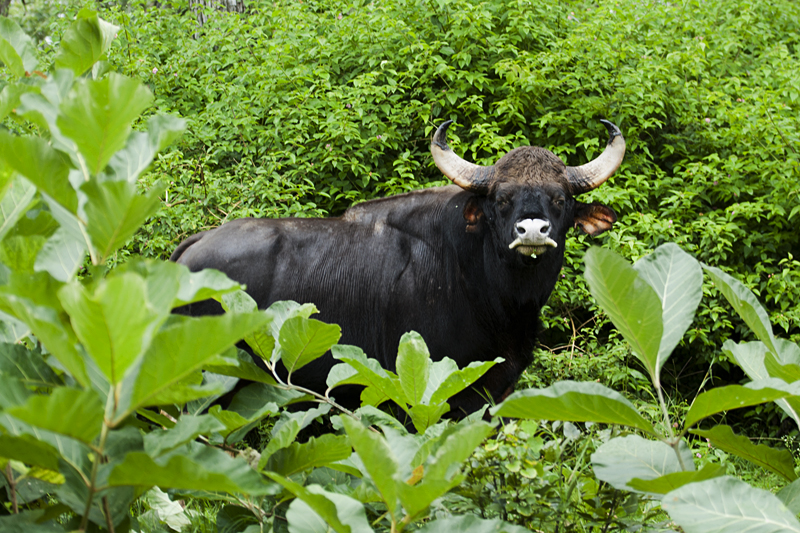 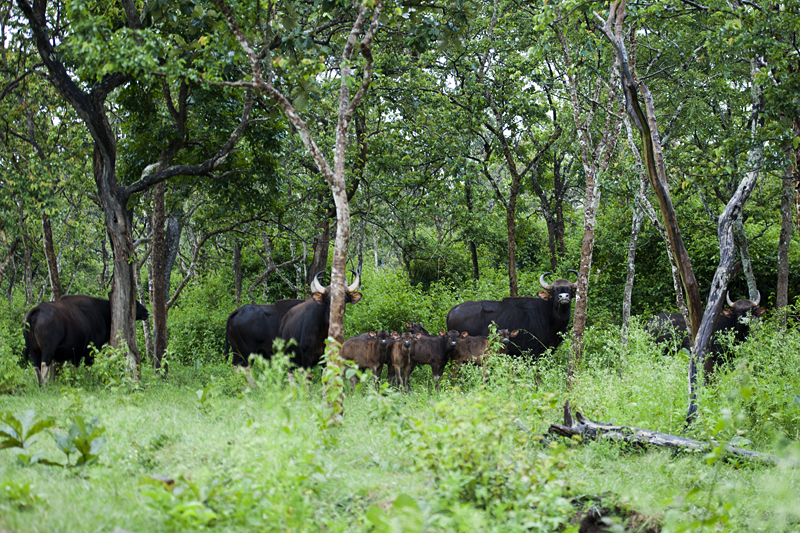 We moved on and after about an hour of driving aimlessly, we spotted a herd of Indian Gaur (above) with many calves. At first the mothers in the herd were on high alert seeing the approaching Jeep. Interestingly this herd had about 4-5 calves and all of them were almost of the same age. Once the mother Gaurs (below) realized that we were no threat to the calves, they went back to grazing, and the little calves to their serious business of play. 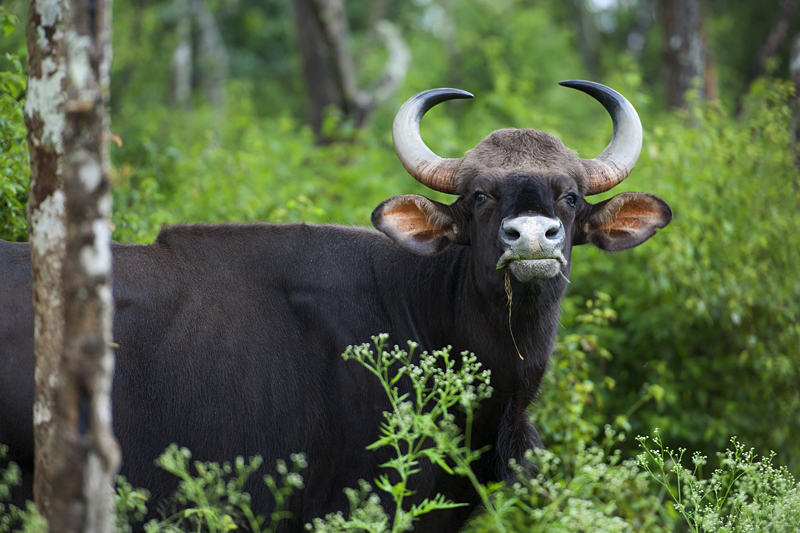 At the slightest movement in the Jeep, the calves (below) would abruptly stop playing and give us a curious glance. After spending a few minutes watching the antics of these mischievous calves, we returned to our resort as dusk set in on Bandipur National Park. 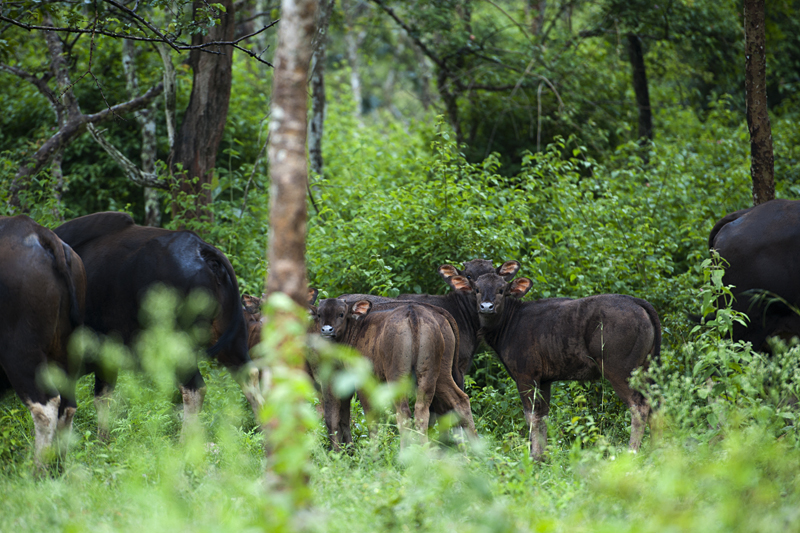