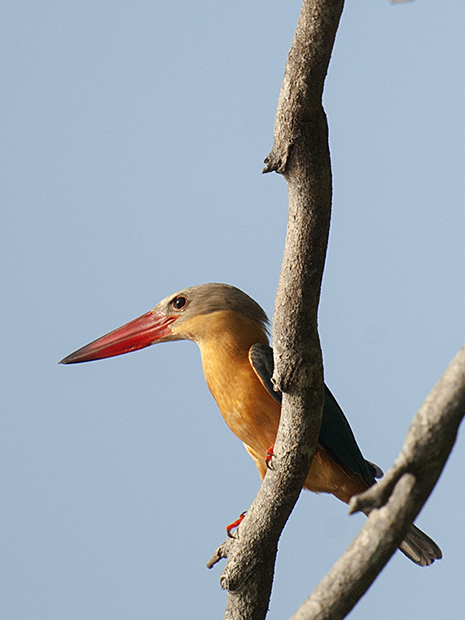 After the fantastic birding at Radhanagar beach, Havelock Island the previous evening, I headed towards Niel’s Cove in the morning in search of the elusive Stork-billed Kingfisher. I was almost immediately lucky to spot one perched high in the canopy, but it quickly flew away even before I could get a record shot. I walked a little further and my birding guide drew my attention to the rocks at the edge of the ocean pointing at a Collared Kingfisher. Based on my previous experience with the Collared Kingfisher, I took a couple of pictures. 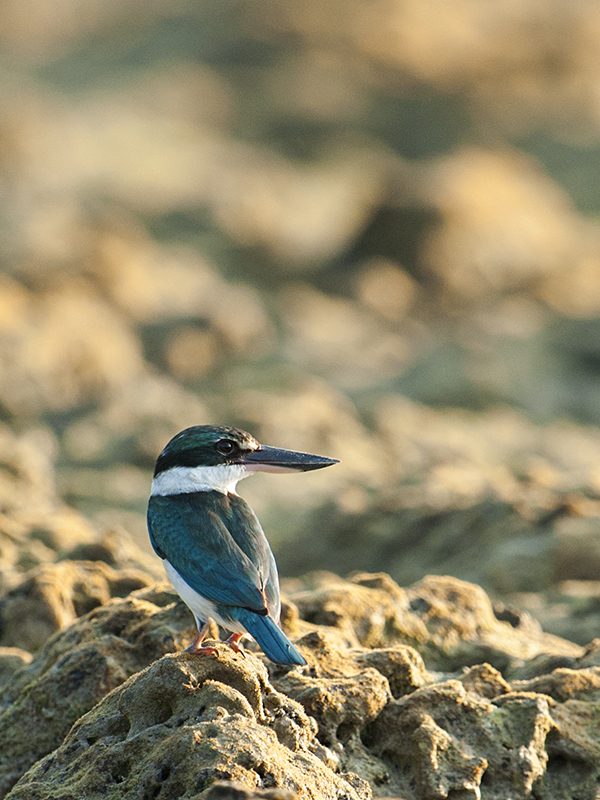 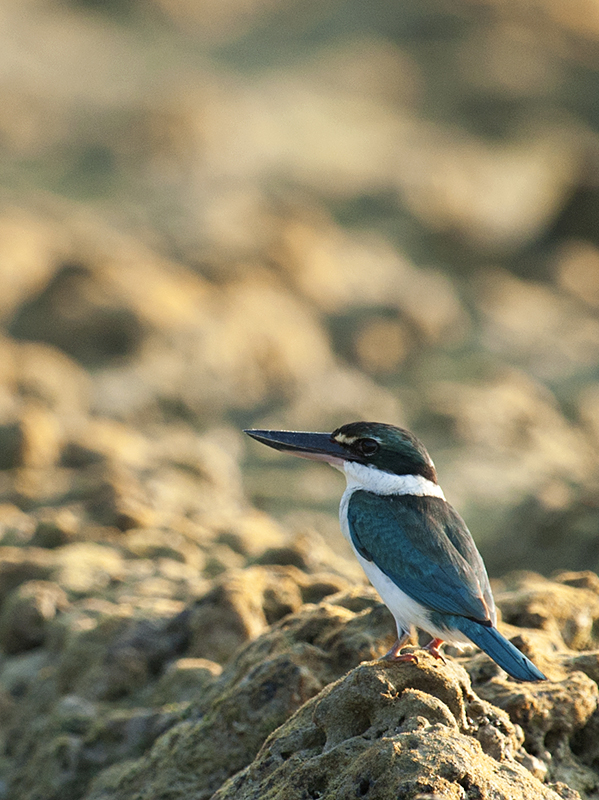 I then approached the bird casually only to be surprised when it immediately took flight and settled on a much further rock. I soon realized that not all the Collared Kingfisher were as friendly as the one I had spotted on Radhanagar beach. We then walked to the edge of Niel’s Cove when we spotted a flock of Small Minivets. Almost immediately my birding guide heard the call of the Stork-billed Kingfisher. We hurried towards it and there it was, a Stork-billed Kingfisher sitting on a low branch overhanging the water. As we kept looking, it flew in the direction of the ocean and made an unsuccessful fishing attempt. Then it came flying back right towards us and sat on a high branch above us. I got a couple of pictures before it flew away in search of better fishing grounds. 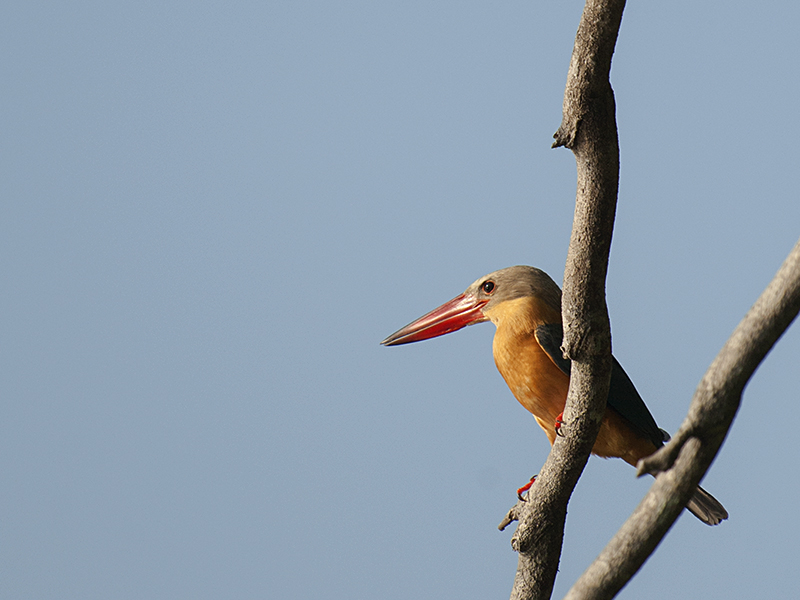 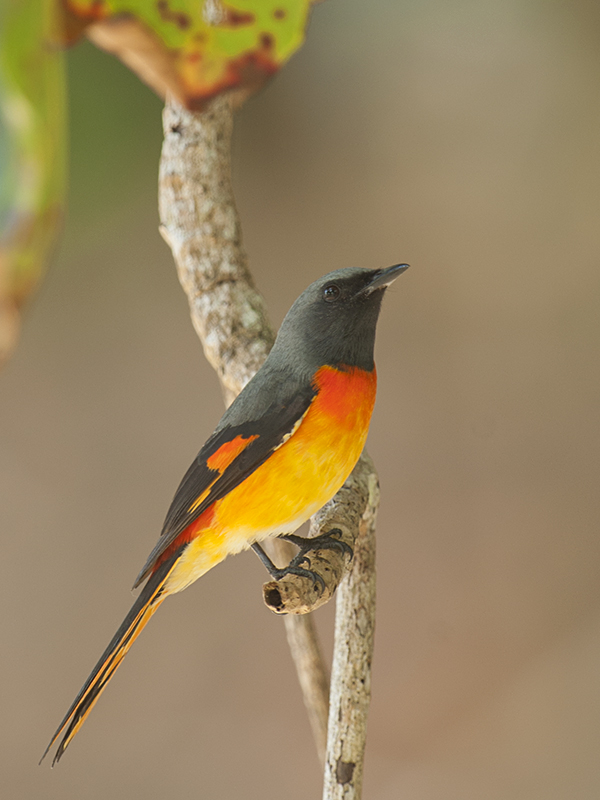 We then returned back to the place where we had spotted the Minivet flock. I spotted a small Minivet male sitting on a branch almost at eye level and took a few pictures. The flock soon moved to higher branches and out of my camera’s range. We then headed back to the resort and caught a glimpse of another Stork-billed Kingfisher. My birding guide was quick to point out that we were indeed very lucky to have seen three Stork-billed Kingfishers in one morning.