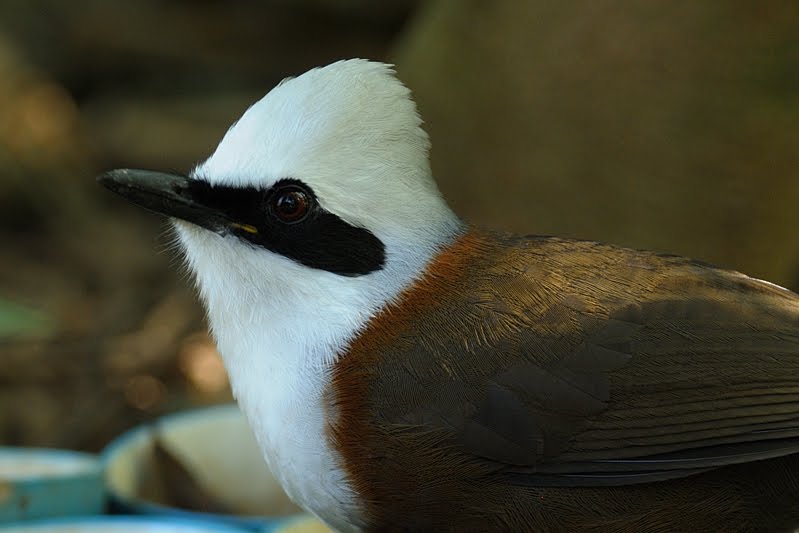 The Corbett National Park is situated at the foothills of the Himalayas in the state of Uttarakhand, India. Apart from the Tiger, the Asiatic Elephant and the fish-eating Crocodile species named Gharial, Corbett is home to over 600 bird species. In this four-part series, we plan to give you a glimpse of this birding paradise.
During this first trip to the Jim Corbett National Park, we stayed at Camp Forktail Creek – a wonderful place set up by Ritish and Minakshi, the hosts, who have taken great care to ensure it blends beautifully with nature. Most of the camp is made from locally available material and the fact that there is no electricity just adds to the entire eco-friendly experience. It comes as no surprise that they are the winner of ‘The John Wakefield Most Inspirational Eco Lodge of the year 2010’ instituted by TOFT Wildlife Tourism Awards. The Camp is nestled amongst moist deciduous Sal forest, on the north eastern periphery of the Reserve, which makes it an awesome birding hotspot by itself. Most of the birds photographed in this series is at the various bird feeds and waterholes located within the camp. All images have been taken with our trusted D300, 300mm f2.8 lens mounted with the 2x TC.We were fortunate to observe this Slaty Blue Flycatcher taking a quick dip in the makeshift waterhole at the Camp. It was around for a couple of minutes giving us adequate time to get some frame filling images. 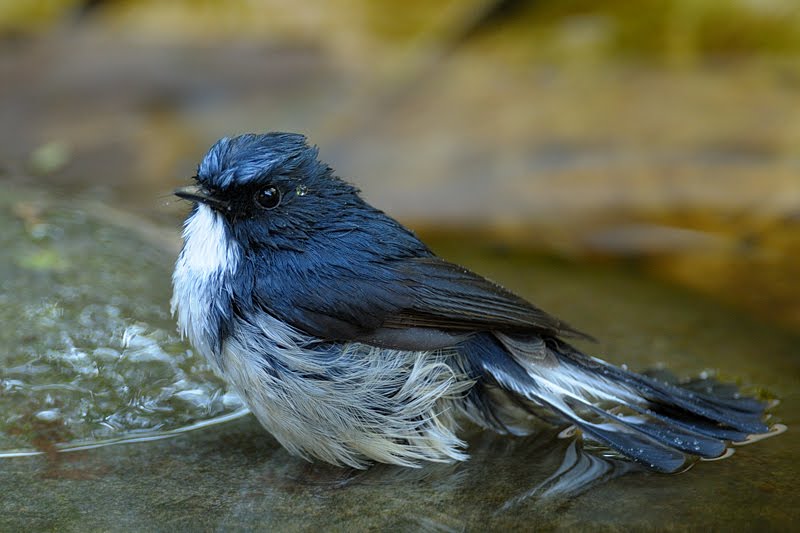 Given the abundance of food at the bird feeders, the Oriental White-eye is a widespread resident at Camp Forktail Creek. 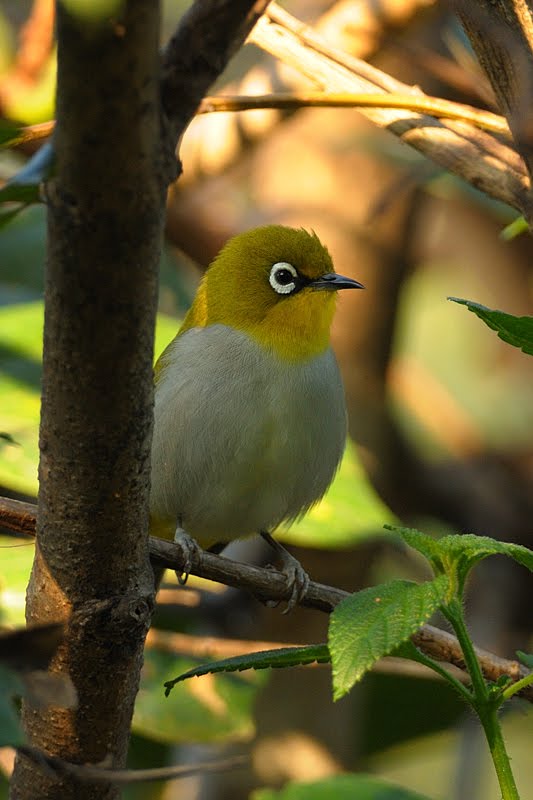 Next in the series is the beautiful Red-billed Leiothrix. We are told that by early Feb next year, getting frame filling compositions of this beauty is guaranteed at the Camp. 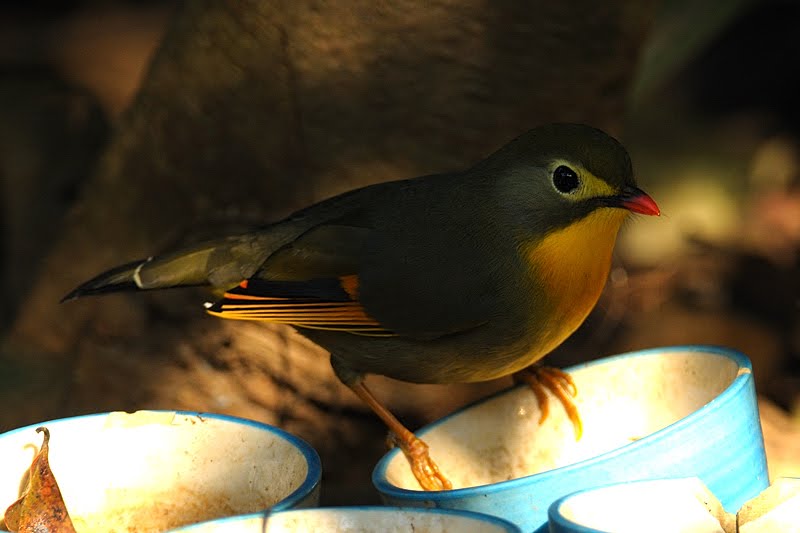 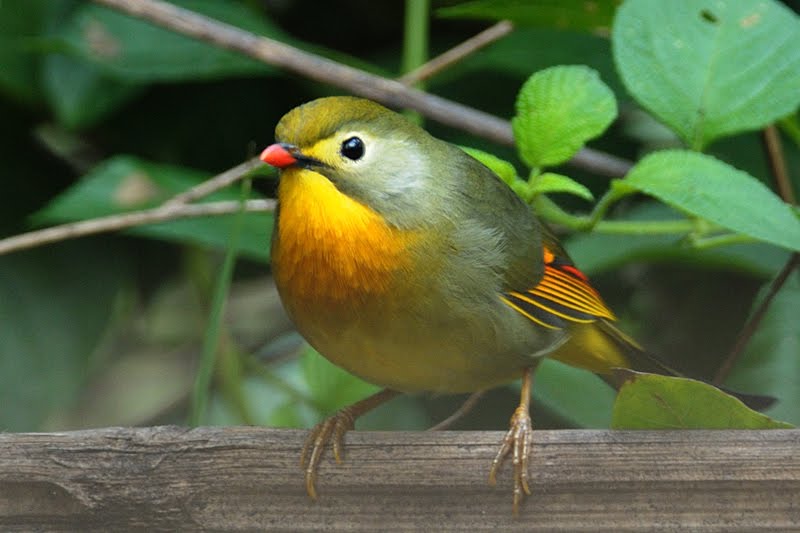 This image of the Red Jungle Fowl was taken in the Bijrani zone of the Corbett National Park. You can see more images of this species in an earlier post here. 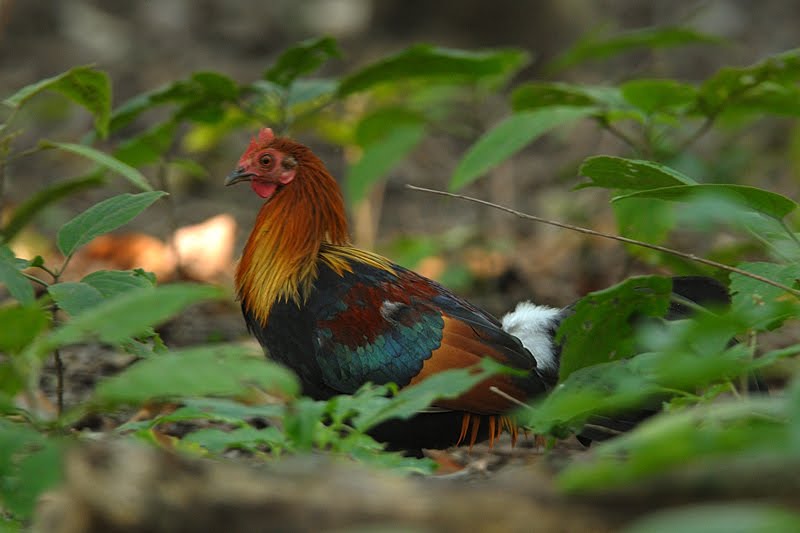 The White-crested Laughing Thrush normally are noisy and gregarious birds seen in flocks of 6-12 or more. We saw flocks of 7-8 birds a couple of times at the Camp and the feature image of this is from one of the sightings at the bird feeder.