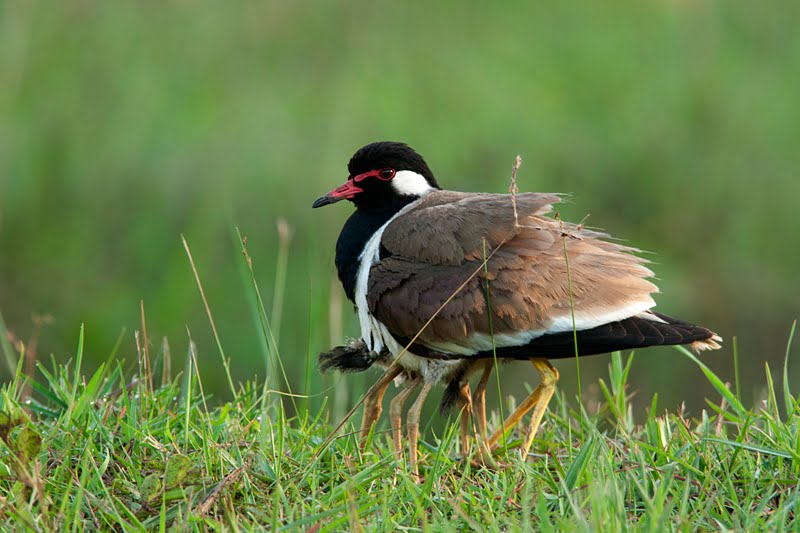 The Red-wattled Lapwingis a widespread resident in Peninsular India. They are present in a wide range of habitat ranging from open grasslands adjoining the cities to the dense habitat of the Indian wilderness.

They exhibit a unique behavior of being hyper wary of human presence and almost always raise an alarm when a jeep approaches too close. Their wariness reaches dizzy heights when they have chicks to protect. Red-wattled Lapwings lay their eggs in shallow open nests on the forest floor. However, spotting a nest is literally impossible, given the extent of camouflage. And the same is the case with the hatchlings; it is impossible to spot a Red-wattled Lapwing chick until they move.

On one of our recent safaris in the Bandipur national park, we noticed a Red-wattled Lapwing close to the Jeep tracks and we stopped to photograph it. By the time the driver had stopped the Jeep, we had overshot the Red-wattled Lapwing and we had to change our position to get a clear view of the bird.

As we were photographing, the bird started calling out and that’s when we noticed 2-3 chicks feeding close to the jeep. The chicks continued their feeding unmindful of the Jeep, which was close by. However, the mother started calling out again, this time in a different tone and immediately the chicks got wary and stood motionless for a while before moving away from the Jeep. The mother kept calling them and one by one the chicks went to her. Finally, when all of them reached the mother, she ruffled her feathers and it was amazing to watch the chicks literally hide inside her plumage. And the only way to tell that they were there, was by counting the number of legs. 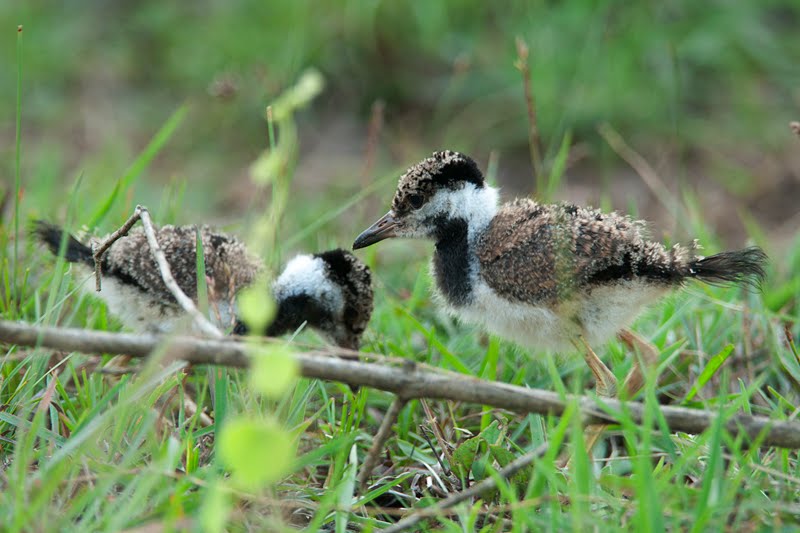 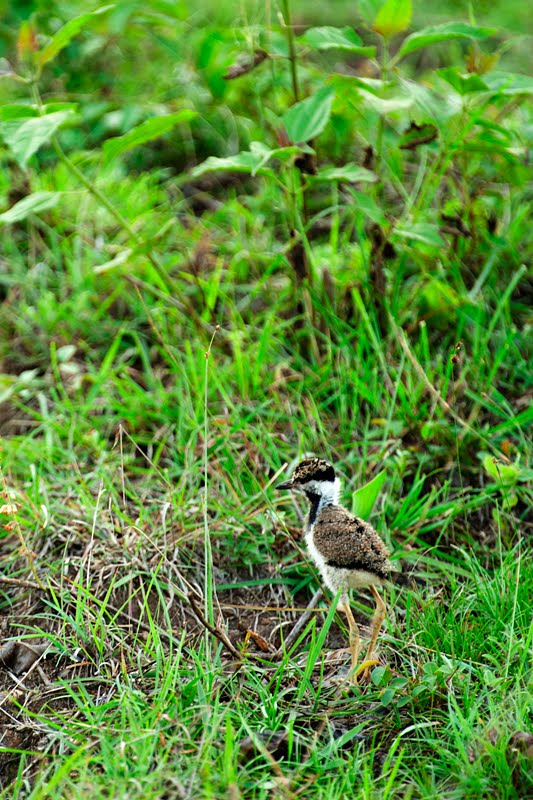 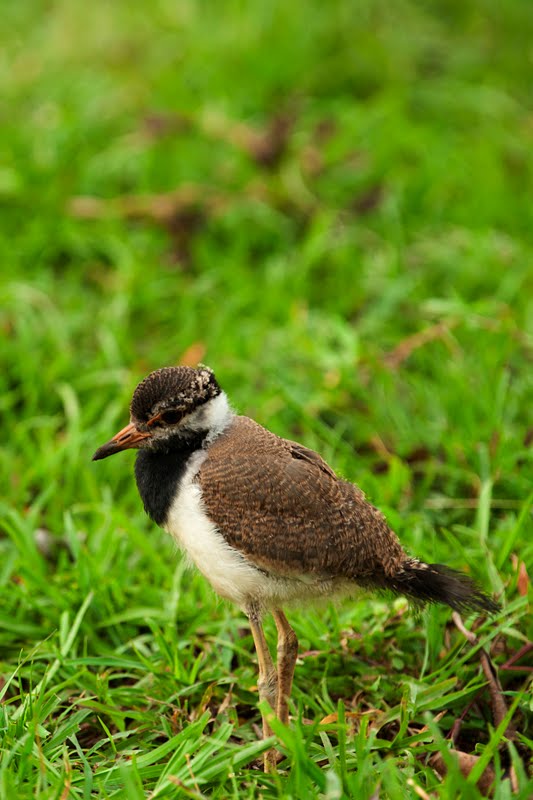 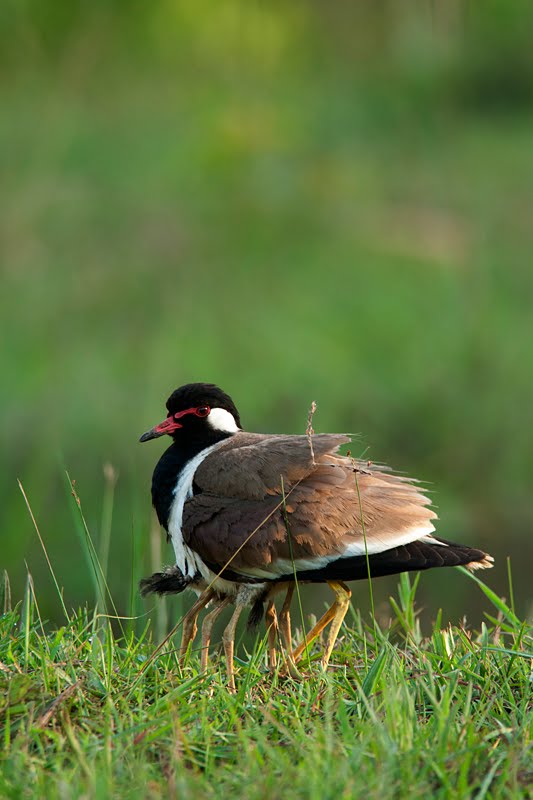 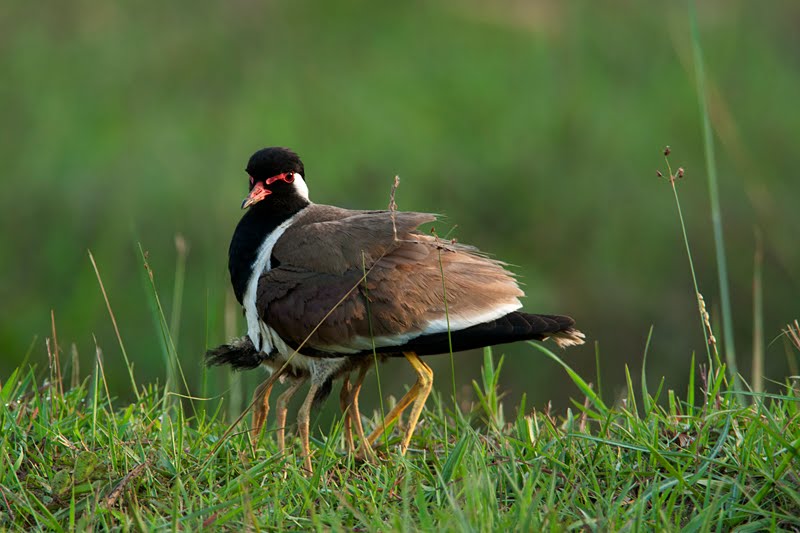