I was waiting near the Golghar in Jungle Lodges BR Hills to try and spot a Blue-capped Rock Thrush. They are known to frequent the Golghar area when it gets less crowded between breakfast and lunch time. After a couple of hours of waiting in vain, I looked around for some interesting subjects to photograph and that’s when I saw this pair of Spotted Doves.

They were perched on a rocky boulder and were sunbathing on this winter morning. At first they were sitting apart and then got cosy and started to cuddle into each other.  I just thought I could get a few of them in the beautiful morning light and moved closer to them. I took a couple of images with the sun behind them particularly the image of the one pecking the other on the neck. When I realized that they seem tolerant of my presence, I moved into a position where I had the sun coming from behind my shoulder and took close up portraits of both of them. 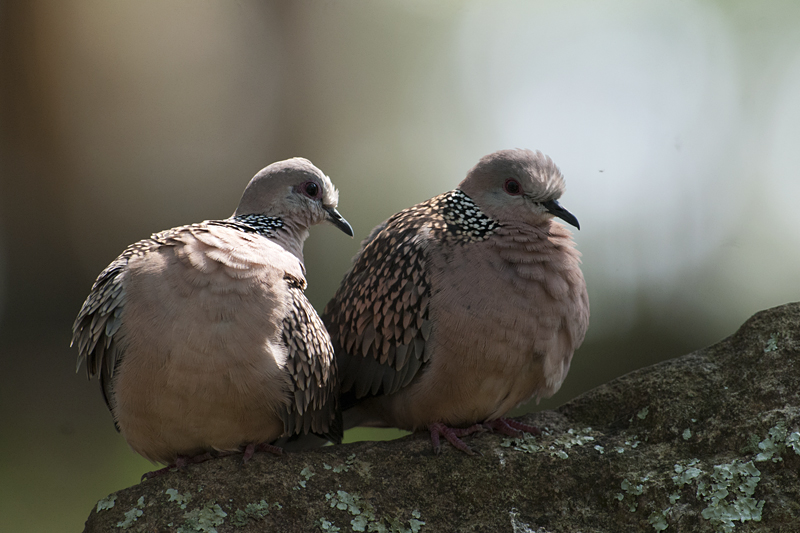 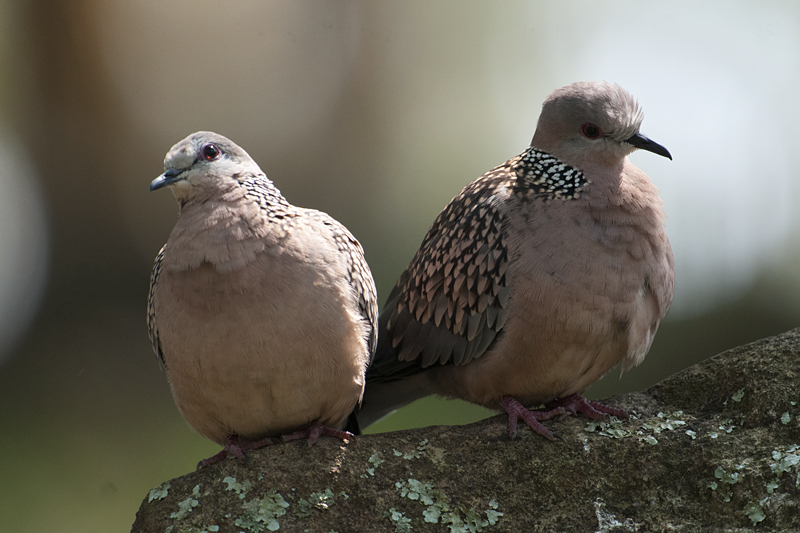 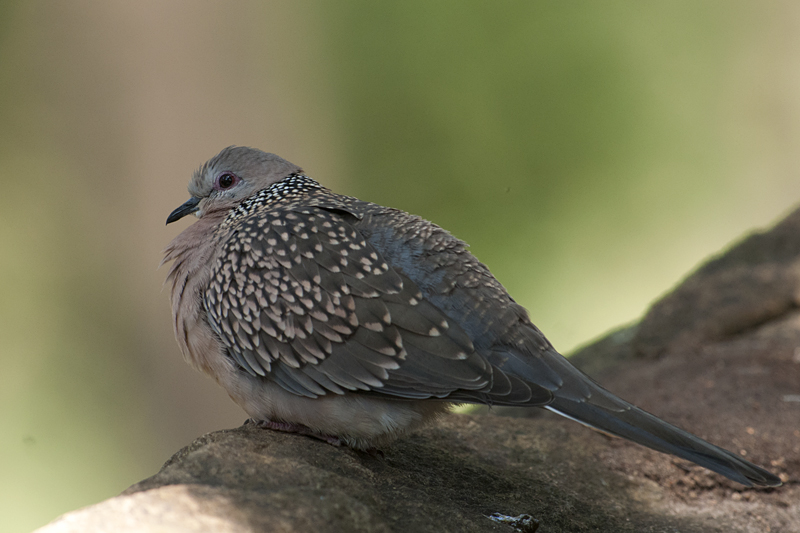 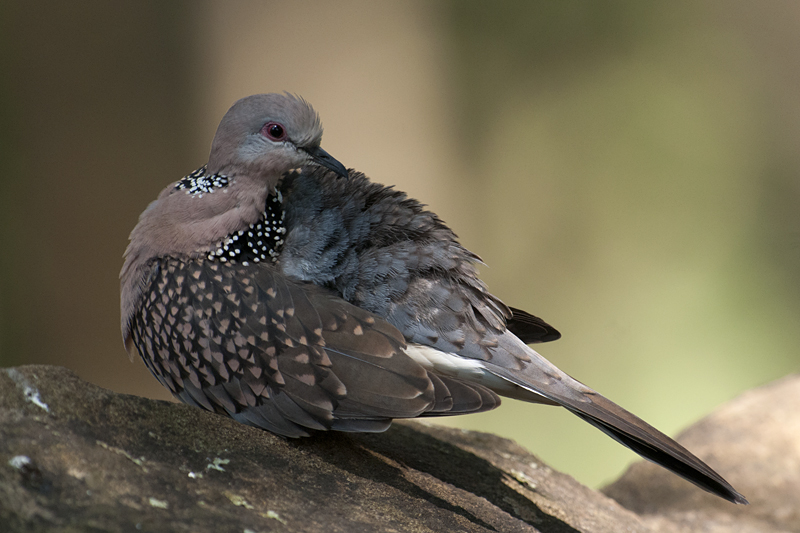