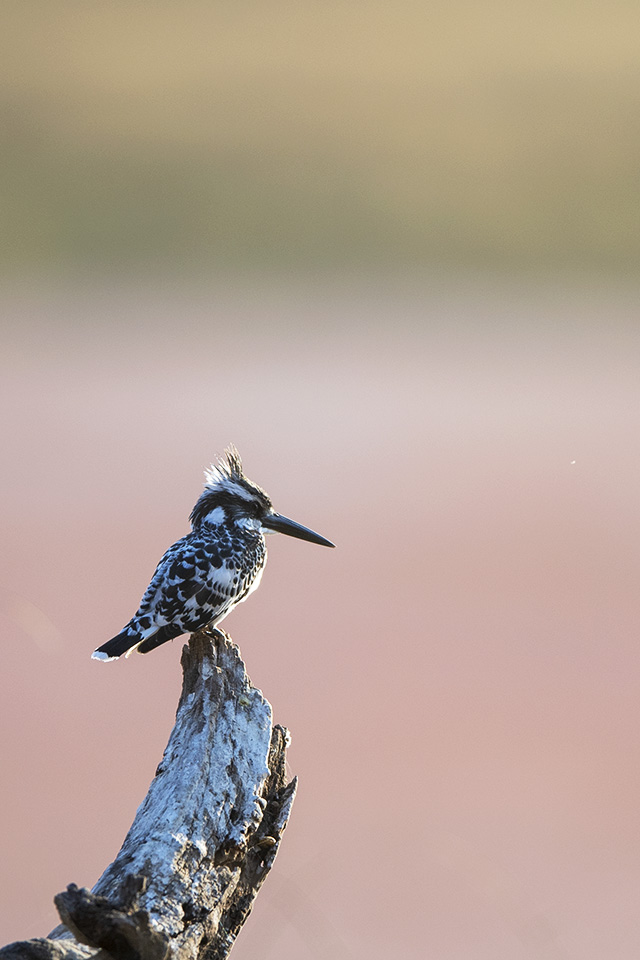 Ranthambore National Park is home to many species of birds, and its unfortunate that most of us are only after the the majestic Tigers and we were no exception to this rule. However, we did take a few pictures of some of the birds in the park, that we have complied in this post. The Pied Kingfishers are spotted at the many water bodies in the park and you get a good chance to photograph them, while you are waiting for Tiger action at the lakes.

The Rufous Treepie is a species that have become very bold, thanks to the tourists feeding them food. In fact they are so used to tourists that they will come flying to your jeep as soon as you stop, thinking you might have something for them.

You just have to keep your eyes and ears open, at least during the times you are waiting for a Tiger to show up. We did exactly that and we could photograph the Spotted Owlet, White-eyed Buzzard, Indian Robin and the Yellow-crowned Woodpecker. Ofcourse there are many more that we missed !